Jury out on new HMV in Oxford St 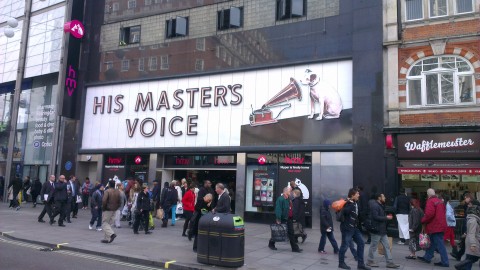 Once ailing UK music retailer HMV have this week done something rather brave – they’ve opened up a brand new store in London’s Oxford Street.

The exact site is 363 Oxford Street, where the record chain previously had a shop between 1921 and 2000, before moving across the road to new premises. That relocated branch closed earlier this year after HMV went into liquidation.

In a turnaround in fortunes, HMV was bought out for an estimated £50 million in April by Hilco (who already own HMV in Canada). The chief executive and HMV chairman Paul McGowan recently told the NME that “HMV [had] lost its mojo” and that “The stores had stopped being fun places to go into” but went on to explain how they will change for the better by putting more emphasis on increasing stock levels for a wider number of artists, relaunching the website and increasing in-store gigs.

SuperDeluxeEdition went along to see the store today to see what a ‘new’ HMV looks like. This used to be referred to amongst music fans as the ‘Bond Street HMV’ since it’s actually right next to Bond St. tube station. Having bought records here during the 1980s and the 1990s, we were hoping for a wave of nostalgia as we walked into the store. Unfortunately once you’re past the rather cute retro frontage, inside it’s rather like any other HMV.

An indication of the power of social media is new signage indicating albums that are ‘trending’, but the most annoying element of shopping in HMV remains in place, and that is the marginalisation of music itself. You have to wade through a sea of T-shirts, Books, Technology, Games and Blu-rays to find the actual music. The rock/pop A to Z section is up on the first floor, so the most important area of retail space – the ground floor as you walk in – is taken up largely with DVDs and Blu-rays. McGowan says “HMV made mistakes” in the past, and on the evidence here they continue to do so.

When you do get upstairs there is no doubt that the stock levels of A to Z rock and pop releases are massively improved, with a far wider range of albums on offer. ‘Big’ names such as Bowie, The Beatles, The Rolling Stones, even get there own special section. Vinyl is very well catered for, but apart from a few exceptions (The Clash Sound System being one) most ‘super deluxe edition’ box sets were behind the counter. We asked a member of staff why they don’t have a special section with all the boxes on display and we were told it was for ‘security’ reasons. It’s not much fun trying to peer behind staff serving other customers to see what they have for sale. 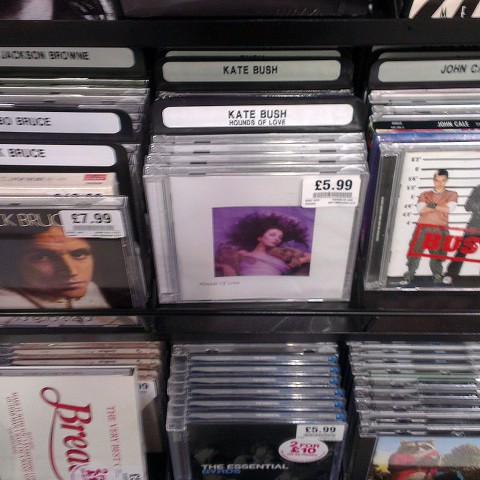 Rock and Pop A to Z is “massive improved”

Despite the increased stock levels and the focus on vinyl, the shopping experience for the music enthusiast was rather flat. No exciting imports, extensive but predictable A to Z, and acres of T-shirts on the ground floor which made it look more like the Army and Navy stores of old than a music shop.

So the jury is out. We want to see HMV survive, but hiding away high margin box sets while putting Disney DVDs right in the face of the consumer does not fill us with confidence that the music chain have a secure future.

55 responses to Jury out on new HMV in Oxford St