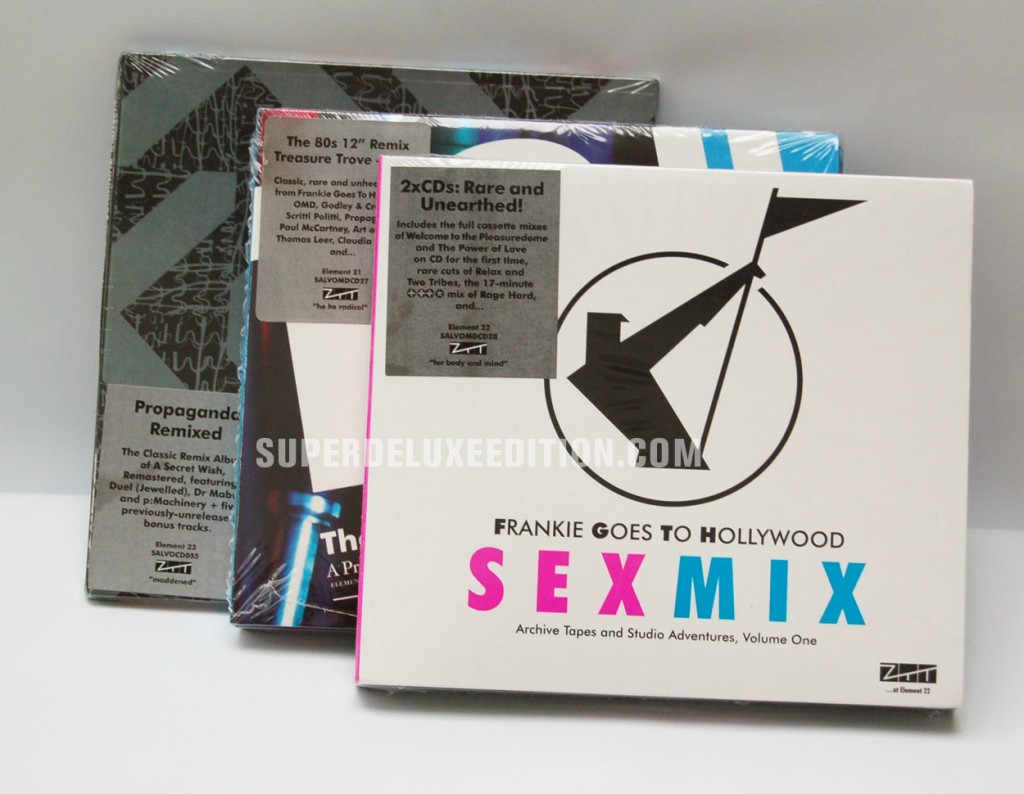 To celebrate the release of Salvo’s Frankie Goes To Hollywood Sexmix compilation we are giving away three recent releases from the ZTT ‘element’ series. One lucky winner will receive not only the Sexmix double CD, but also Art of The 12″, Volume Two which features over two and a half hours of rare remixes from not only FGTH, but also the Art Of Noise, Act, Scritti Politti, Godley & Creme and Paul McCartney. On top of this the winner will also receive the new expanded remaster of Propaganda‘s Wishful Thinking which features five previously unreleased tracks.

All in all, five discs across three releases, and nearly six hours of classic remixes and rarities from the ZTT archive!

To be in with a chance of winning, simply retweet this competition post using the button below and if you aren’t already, ensure you are following us on twitter.

ONE winner will be picked at random and announced via our twitter feed (@sdedition) on Wednesday 22 August. Open to all, good luck!