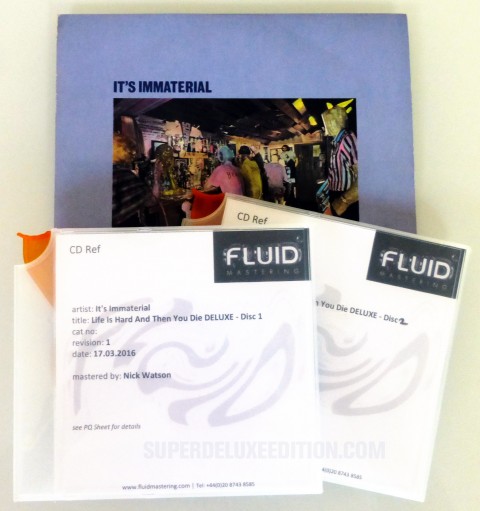 With the news that It’s Immaterial‘s 1986 debut album Life’s Hard and Then You Die is about to be celebrated with a two-CD 30th anniversary deluxe reissue, SDE has a very special prize to giveaway; a set of the reference CDs created by mastering house Fluid Mastering, who worked on this project.

To be in with a chance of winning this unique prize, simply subscribe to the It’s Immaterial mailing list which will keep you up-to-date with the latest news regarding the band and this reissue.