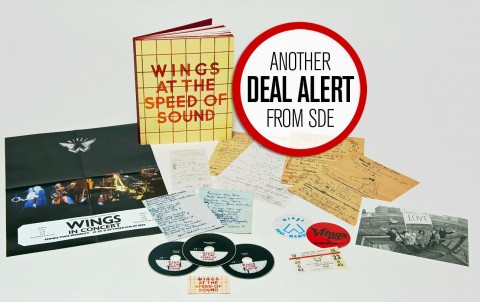 Paul McCartney‘s Wings at the Speed of Sound deluxe from 2014 – which comes with a lavish hardcover book, photos, lyric sheets, other memorabilia and two CDs and a DVD – is an absolute steal over on Amazon Italy at the moment.

This set was stuck rock-solid at £77 when it was issued in the UK last November and it’s still £65 at the time of writing but the Italian site are currently offering it for a fraction of that price – just €40 which is about £28!! Amazing deal.