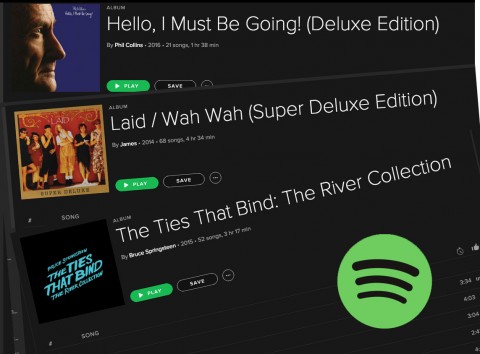 I was chatting to a friend of mine in the pub the other night and inevitably the conversation turned to music. I was trying to persuade him to get his old turntable out and start picking up some cheap used vinyl, when he mentioned that his 18-year old son has never bought any music, ever.

He isn’t stealing it, rather just streaming from Spotify, YouTube etc. Like many of his friends, he literally doesn’t see the need to buy music and because he’s a student and not a BMW-driving 40-something, he hasn’t got the disposable income, anyway.

As an aside, I actually think the last point is irrelevant. I never had any money in my twenties but somehow I’d walk into Tower Records in Piccadillly and always ‘find’ the cash to pick-up something interesting, like, for example, a Japanese CD import ofThe Ipcress File. Yes, I paid £23 for one CD in early nineties and I’m still getting pleasure out of it today. Stick that in your Spotify pipe and smoke it…

Anyway, the point is, that my friend’s son hasn’t grown up in a world of seven-inch ‘double-packs’, limited edition 12-inch picture discs, cassette singles and ‘CD 1’ and ‘CD 2’. So his attitude towards physical music is understandable.

But I did grow up in that world and, most likely, so did you. Therefore, if push comes to shove I will still probably pay £23 for a single CD, if it’s desirable enough. I do buy box sets and I do enjoy ‘holding the music in my hands’, to coin a phrase.

I am very much the target market for physical reissues, whether they be 2CD deluxe editions, multi-disc box sets or similar. So why, I wonder, are record labels treating me like an 18-year old and putting all this supposedly ‘deluxe’ content on streaming sites? Are they trying to actively stymie sales of physical music, or what?

I love physical product, but I’m also human and if you tempt me by shaking something ‘free’ in your left hand and something that costs £12.99 in your right, I might just opt for the one where I don’t pay £13 for it. I mean, let’s think about this. You (the record label) may well have spent ages searching in the archives for those ‘rare’ demos to used as bonus tracks, then patiently spent time ‘baking’ tapes so the decades-old spools don’t stick in the tape machines, then you might visit Abbey Road Studios to remaster (or maybe even remix) the old tapes. Then you go to the trouble of commissioning sleeve notes, and hopefully make an effort with packaging. And at the very end of that lengthy process, somewhat ludicrously, you allow the prospective purchaser the opportunity to click a few icons on his computer, access a streaming service like Spotify, have a half-listen and perhaps dismiss your product in SECONDS.

Where is the logic in that? Why would you do that? What’s wrong with saying, “if you want to enjoy what we think is a great physical product, then please buy it. But if you don’t, you are just going to have to do without, since there is no other way to purchase this music.”

Isn’t the point of deluxe physical products, to target the age group that still wants to buy them? So why are record labels trying to tempt *that* demographic (me and you) into not bothering? Also, having something available FREE (or close to free) online just devalues the physical product you have to pay for. And it’s confusing. Just what is the value of music these days anyway? It’s constantly being degraded. I know a cappuccino has a value of about £2 to £2.40 round my way. I know that, because that’s what I get charged. There is no ‘free’ option that involves me picking up my coffee and walking around the back of the shop where I’m forced to look at some ads on a wall (note-to-self: business idea for coffee shop…).

The reason I’m ranting a bit about this is because I’m passionate about physical music and I honestly believe that this policy of putting content from archival box sets (and deluxe editions) on streaming services as soon as they are released physically, is going to hurry physical product to an early grave. And I really don’t want that to happen.

I should add that I’m not some stuck-in-the-mud who wants to ban Netflix and make everyone go back to renting VHS’s from Blockbuster Video. All I am saying is that in a world where physical music sales are declining year-on-year, this tactic of giving consumers the option not to buy your product seems crazy.

None of these arguments really apply to ‘frontline’ new releases. Clearly there is a whole different model there and streaming offers lots of leverage for the younger demographic to stream, share, get it ‘trending’ etc. But the pertinent point here is in that instance you aren’t really eroding any physical sales because – getting back to my friend’s 18-year old son – no one was really going to buy the CD in the first place, anyway!

My proposal, to preserve physical product – and to keep it profitable for record labels – is that deluxe reissues, box sets and the like (i.e. old music that is being reissued physically) – should have an exclusive ‘window’ of at least three to six months where it is only available physically. I’m sure this would encourage people to buy more CDs and box sets. Once this period is over it can be casually tossed into the black hole that is streaming.

This article was first published in yesterday’s SDE Newsletter. Get this free weekly round-up by subscribing here.