How to buy: Roger Waters' Amused to Death vinyl and hi-res reissues 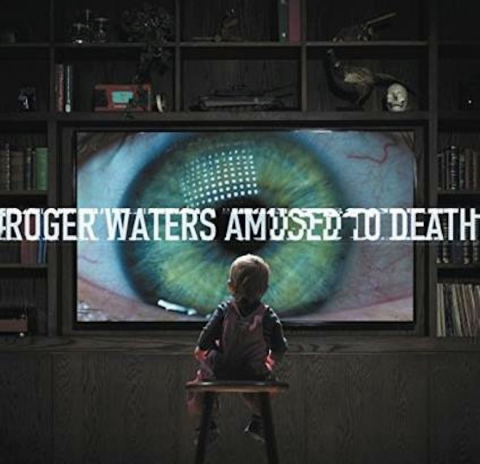 As announced back in April Roger Waters‘ 1992 album Amused to Death is to be reissued in July.

If you’ve browsed for the title on Amazon recently you may have noticed that there are a multitude of options for the buyer, including three double vinyl editions, a CD+Blu-ray deluxe and a hybrid SACD. So what’s going on, and which edition should the discerning music fan go for?

Let’s tackle the vinyl first. Sony are releasing a 200g double vinyl edition “in collaboration” with Analogue Productions. What that means is that the vinyl is being pressed at Quality Record Pressings, the highly regarded Kansas-based pressing plant that is owned by AP. This is for the world, so wherever you buy it, you’ll have a QRP pressed vinyl. 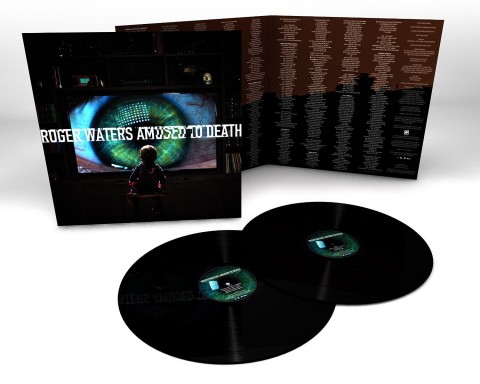 All black vinyl is being pressed at QRP

Analogue Productions are also releasing their own 200g double vinyl edition that is (in theory) only available in America. So what’s the difference between AP’s own version and the Sony version? In a word, packaging. Both editions will come in gatefold sleeves and have the new updated Sean Evans artwork, but AP really pride themselves in putting their own products in the VERY best sleeves, so these will be top-of-the-line, old-style tip-on jackets – on thickest board that Stoughton Printing makes. I know they are good because I’ve seen them. Check out the SDE reviews of the Analogue Productions Doors and Norah Jones vinyl boxes.

This is not to say that there will be anything ‘low grade’ about Sony’s vinyl packaging, but it certainly sounds as if the AP product will have the edge in terms of presentation. That said, if you are outside the USA, is it really worth the hassle and expense of trying to get hold of the AP version? This is where Amazon UK is your friend, because they are listing the AP import 2LP vinyl for LESS than the standard domestic Sony version. 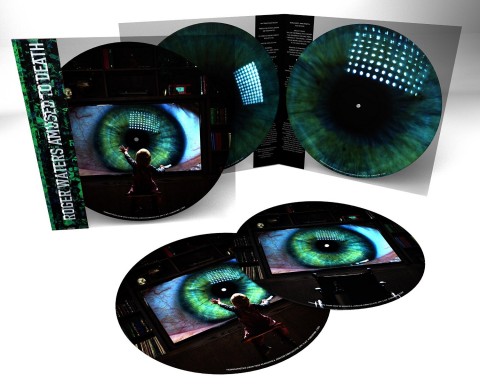 There is also a double vinyl picture disc edition. This is a bit more about hanging on your wall than placing on your turntable. It does look stunning though, so if you want to pick this up the best advice is to shop at Amazon France where it is significantly cheaper than in the UK (and the USA for that matter).

Hi-res surround sound fans are well catered for with this release. The product most should (and will) opt for is the CD+Blu-ray edition. This is both cheap (less than £18 in the UK at present) and offers the best of both worlds, the flexibility of CD to play in your car, or around the house, and the high resolution blu-ray with the full 5.1 surround experience for ‘serious’ listening sessions. 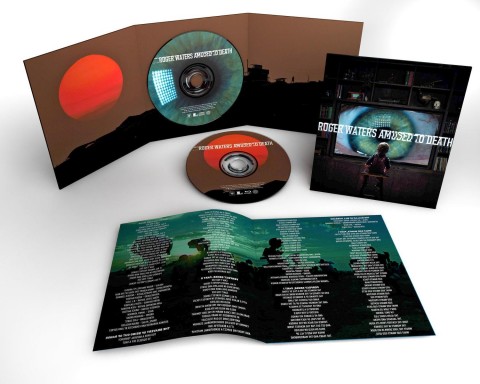 Analogue Productions are producing a Super Audio CD (SACD) Amused to Death – mirroring what they did for Pink Floyd‘s Wish You Were Here which had been issued on blu-ray as part of EMI’s Immersion Box but still got the standalone SACD treatment a while after. Like the blu-ray this will have a hi-res 5.1 surround mix. There’s no denying the attraction of SACD sound with it’s analogue-y DSD mastering, but problem here is that even if you have an SACD set-up, outside of America it’s not cheap. It’s over £40 on Amazon UK. And although it’s a hybrid disc (meaning it will play on a normal CD player if you don’t want hi-res or 5.1) having a separate CD is simply better. For most, the blu-ray+CD will tick all the boxes. As a postscript, the packaging for the Wish You Were Here SACD was lovely, so AP will undoubtedly do a great job again for Amused to Death.

In summary, all black vinyl and both hi-res editions will undoubtedly sound stunning. Assuming you’re in the market for the Amused to Death reissue, which edition(s) you decide to purchase will depend on a number of factors, including which side of the Atlantic you live, whether you have already invested significant funds audiophile hardware and the budget constraints you have at this present time.

40 responses to How to buy: Roger Waters' Amused to Death vinyl and hi-res reissues