Inside The Pleasuredome / Trevor Horn Q&A and Frankie playback 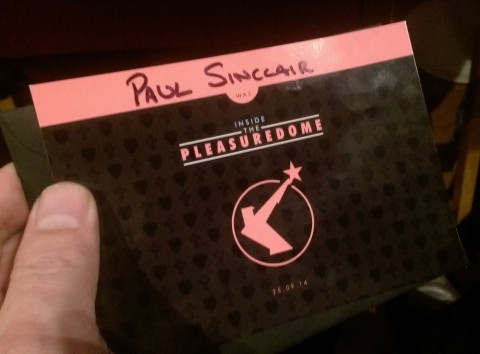 Legendary producer Trevor Horn delighted 60 lucky Frankie Goes To Hollywood fans last night by talking in detail about his work with the group in the very room where Relax and many other of the band’s hits were created.

Sarm Studios in West London was the venue for the special playback event which was hosted by Classic Album Sundays‘ Colleen Murphy. All four sides of Frankie’s 1984 debut album Welcome To The Pleasuredome were played (loudly) on an appropriately expensive turntable and hi-fi system after Trevor had been interviewed and entertained his audience with anecdotes and musical insights. We learned for example how third UK number one, The Power of Love, went from the key of E to F as a result of speeding up the track by a semitone and how Relax was changed key to E minor which in the words of Horn turned it into something “big and sad”. 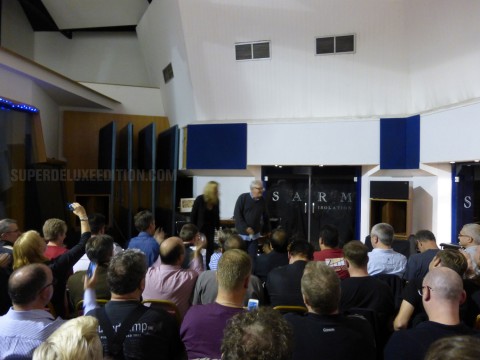 Paul Morley, who helped run the ZTT label, was unable to attend in person, but had sent a video message he’d prepared earlier. The ex-journalist reminisced about the era and reflected on the budgets available to help market the music. He told us how he spent £5,000 for David Frost to do the voiceover for a Frankie Goes To Hollywood advert specifically so that he could say “Hello, Good Evening and Welcome…. to the Pleasuredome“! 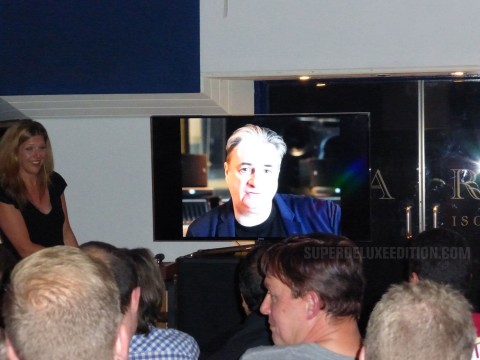 After the music Trevor Horn was joined by studio cohorts Stephen Lipson (engineer, guitarist, and producer of Frankie’s Liverpool) and J.J. Jeczalik (programmer, Fairlight wizard and Art of Noise member) and the three gents had much fun ribbing each other and contradicting the other’s version of events. One fact they did agree on was that three months were indeed spent working on the title track Welcome To The Pleasuredome, with Trevor pointing out that “we had the job sheets for every day” to prove it. JJ’s fellow Art of Noise bandmate Gary Lagan was also in attendance and was watching from the wings.

There was much laughter as Steven Lipson recalled how on the eve of an important Frankie Goes To Hollywood live appearance on UK TV’s The Tube, the roadie charged with bringing some important bit of kit turned up at Newcastle-under-Lyme 200 miles away from Newcastle-upon-Tyne where the show was filmed! 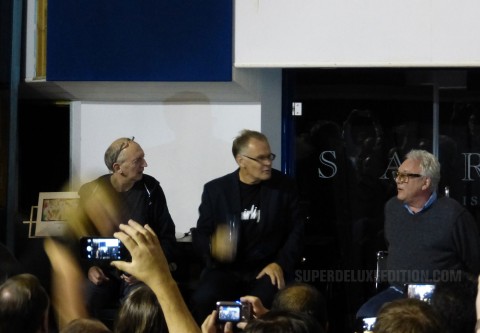 An audience question about how music is delivered today prompted Horn to declare that MP3s were so bad he “almost preferred cassettes”, while J.J.’s view was that as broadband speeds improved it would be easier to deliver better quality audio.

The evening ended with fans staying behind to get their copies of Welcome To The Pleasuredome and Relax signed by Trevor with some grabbing a photo opportunity. This writer also managed to get a photo at the mixing desk where so many great records have been made. 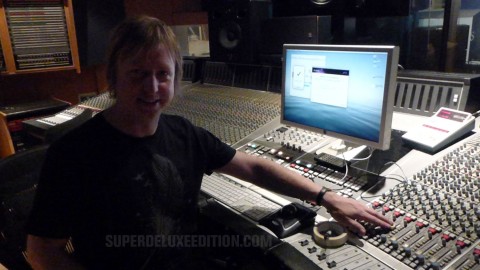 “is this the volume control?” – your correspondent in the Sarm Studios control room. Photo by DJ Food / Strictly Kev.

The Sarm Studios complex will be closing its doors soon, so it is very much the end of an era – one where record labels had both the budget an the inclination to use massive recording studio facilities. As everyone filed out after a truly memorable evening, we were left to reflect that there will probably not be another band quite like Frankie Goes To Hollywood and that the perfect storm that fused the raw energy and appeal of the group to the production talents and marketing skills of Horn and ZTT would be impossible to recreate.

Inside The Pleasuredome an “Ultra-Deluxe” limited edition 30th anniversary box set of Frankie Goes To Hollywood’s Welcome to the Pleasuredome is available to purchase via PledgeMusic. 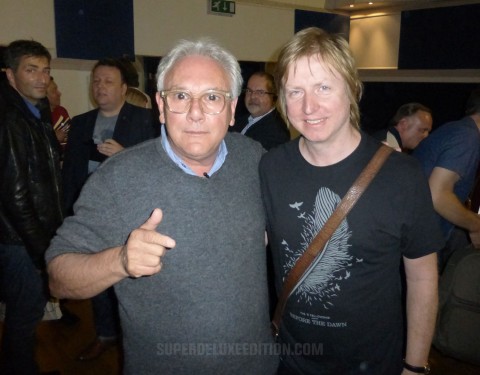