Japanese CD of the day / The Other Side Of The Moon: The Cardigans 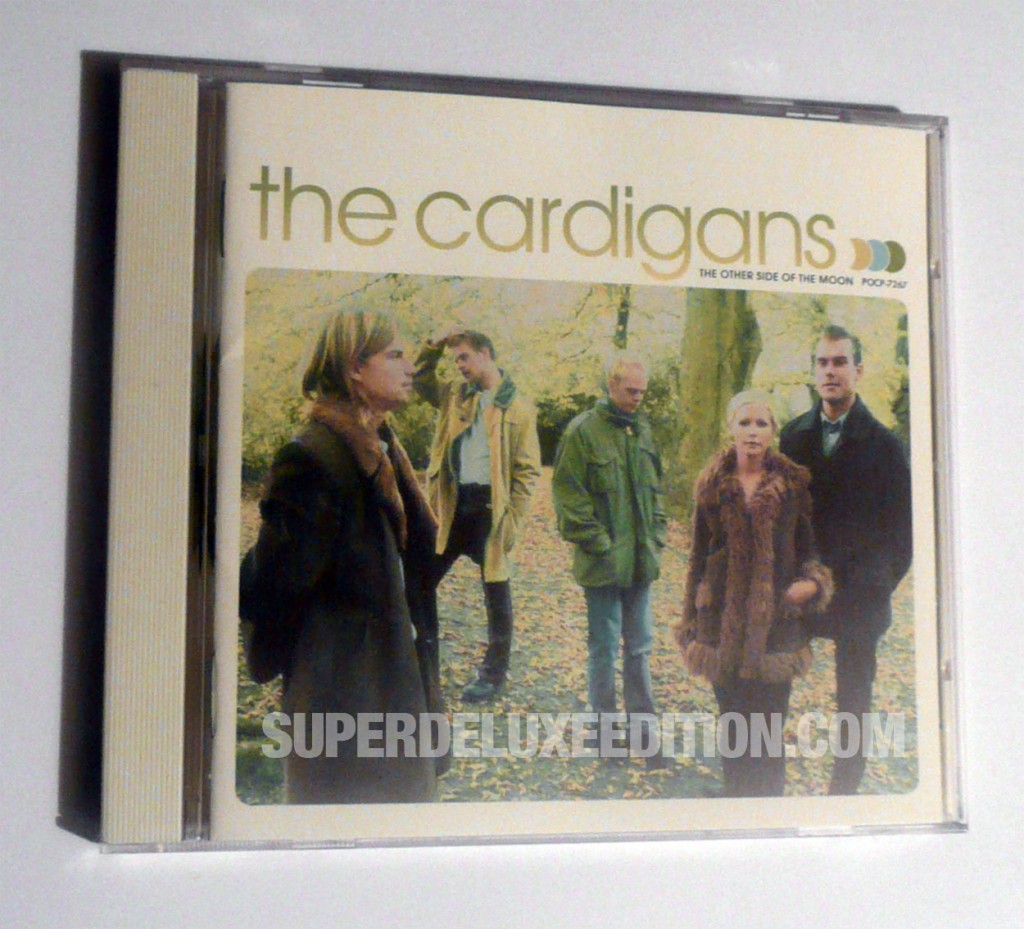 Released in 1999, The Other Side Of The Moon, is a Japan/Australia b-side/rarities compilation from Swedish band The Cardigans. The moon reference is in relation to their 1996 album First Band On The Moon, which contained Lovefool, something of a breakthrough hit for the band.

Nasty Sun Beam, Iron Man (First Try), Blah Blah Blah, Losers (First Try) and Country Hell were all included as extra tracks or b-sides on Moon singles and all feature on this CD. Most of the other tracks are from the Emmerdale/Life album single releases (Rise and Shine, Sick and Tired, Carnival) including their version of Thin Lizzy’s The Boys Are Back In Town. The compilation ends with the Life instrumental medley – lounge stylee – that is Cocktail Party Bloody Cocktail Party.

It’s a superb compilation, with excellent design and photography. It’s not cheap to pick up, but worth seeking out.

A cheaper alternative is to seek out the 2CD version of Best Of The Cardigans, which contains a bonus disc that covers some of the same ground (not all) with the advantage of including b-sides from the later albums, including the excellent Long Gone Before Daylight and Super Extra Gravity.

The Other Side Of The Moon track listing

3 responses to Japanese CD of the day / The Other Side Of The Moon: The Cardigans