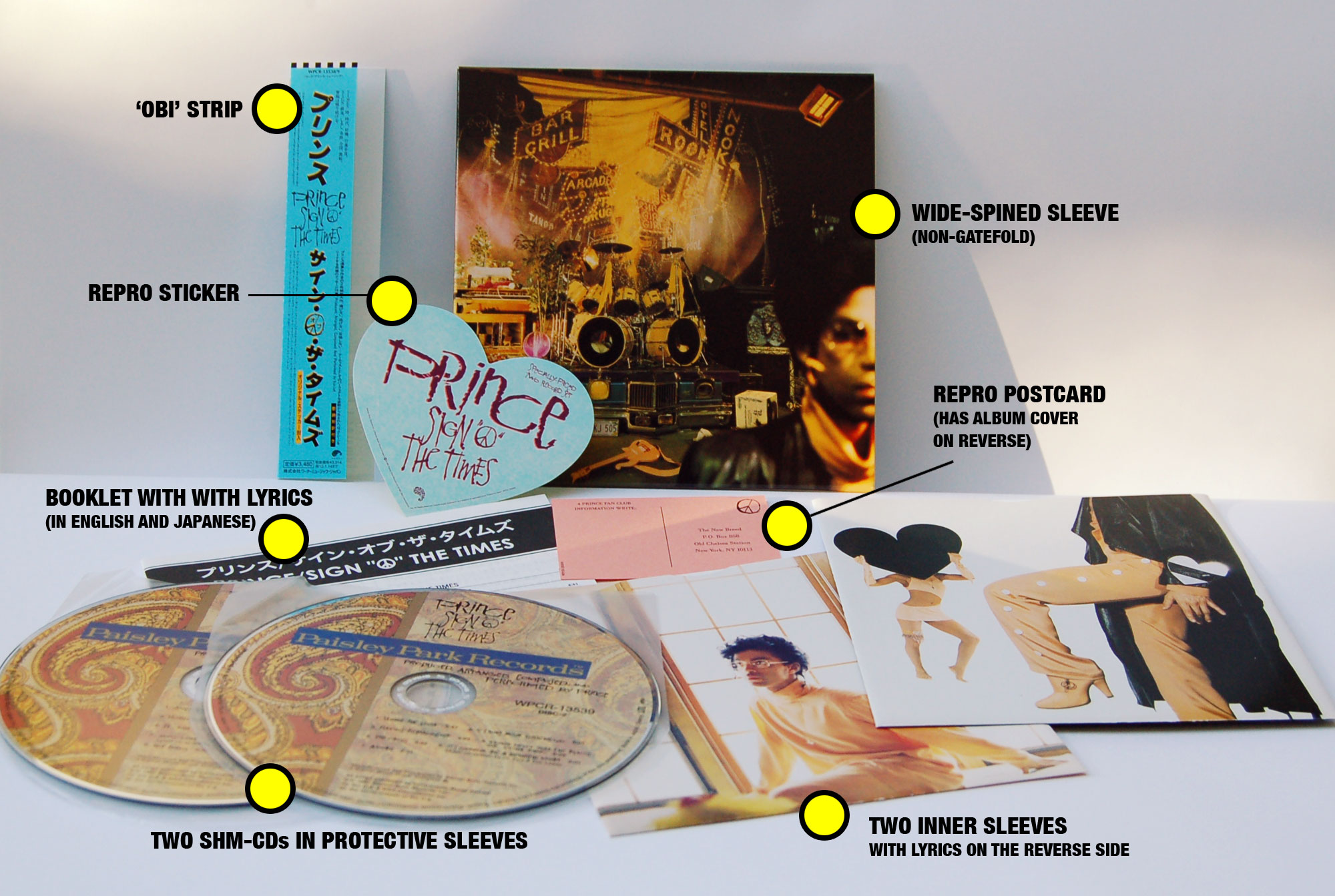 Remembering Prince again today, by taking another look at this 2009 Japanese mini-LP CD of his 1987 album Sign O’ The Times (cat number WPCR-13538/9). It displays the usual stunning attention to detail that Japanese have become known for, in terms of CD packaging and presentation…

All the elements of the original vinyl are replicated, including the sticker that adorned the front cover. The postcard that you could send off to join the Prince ‘Fan Club’ (cue nostalgia for the simpler times of life pre-internet…) is also included and shrunk down, Mike Teavee-style.

A 28-page booklet provides the lyrics in English and Japanese, or, if you get your magnifying glass out, you can read the original lyrics which appear on one side of both of the supplied inner sleeves (peach-on-black and black-on-peach, respectively).

If you scout around, you will find that some of these Prince Japanese mini-LP CDs are still available but they can be pricey, particularly this one and Parade. 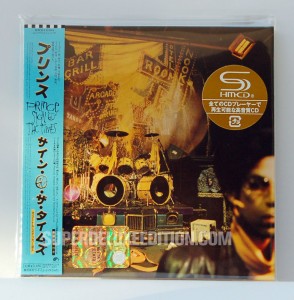 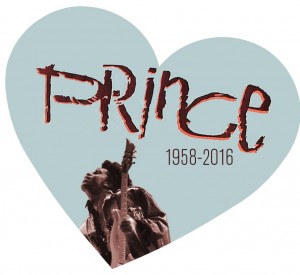