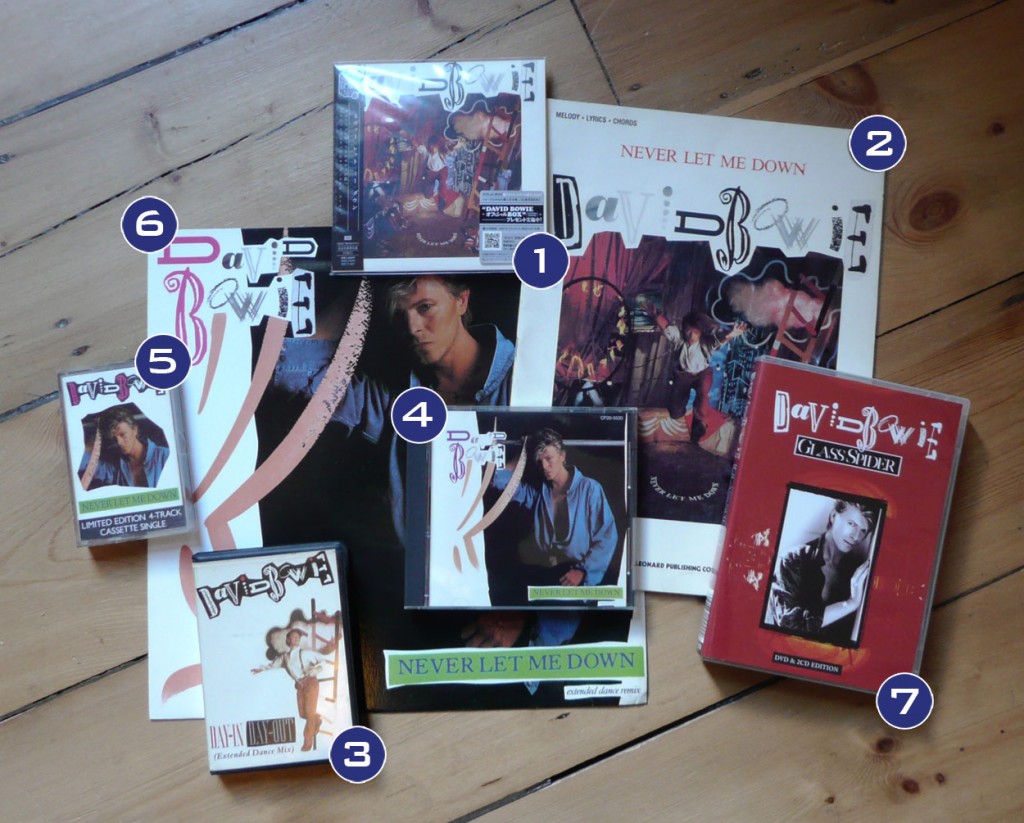 David Bowie’s Never Let Me Down (Click to enlarge)

In the first of an occasional feature, we look at some relative rarities associated with a well-known album.

With the news yesterday that David Bowie‘s 1973 Aladdin Sane is being prepped for a 40th anniversary reissue we look back at the man’s slightly less lauded Never Let Me Down album released only 14 years later in 1987.

We’ll take a look at a selection of commercial releases that supported the album. It’s not supposed to be comprehensive, but rather a flavour of some of the interesting items that were released at the time. The numbers below relate to the main photo above. 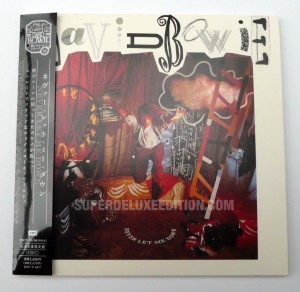 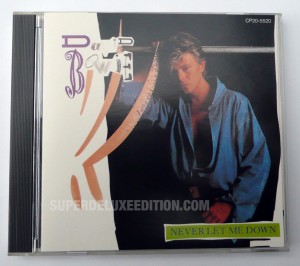 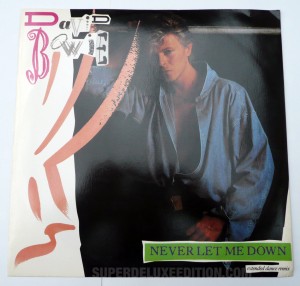