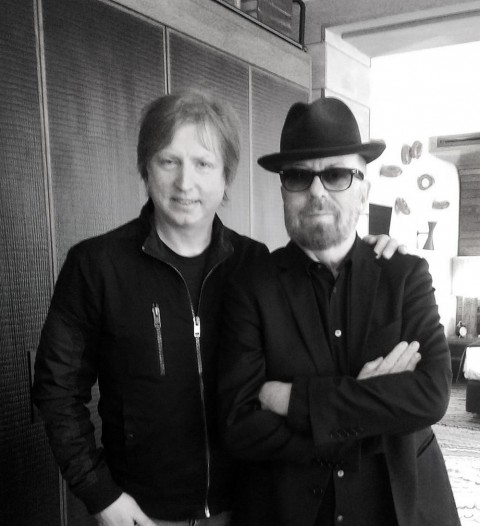 Don’t Ask Me Why: How Eurythmics ended up at Sony

I had a very interesting chat with musician, songwriter, producer and Eurythmic Dave Stewart on Thursday. He was in London to promote his excellent new memoir Sweet Dreams Are Made of This: A Life In Music. We’ll be publishing the interview early next week, but as you might expect, I brought up the topic of reissues. It’s a sensitive subject with Dave taking the ‘I don’t know anyone at Sony’ stance and generally giving the impression that Sony have no interest in the band’s back catalogue. In fact, this tweet from a few weeks back, tells you all you need to know about the state of relations with the major label…

I know for a fact that Sony are interested, but of course there are thick layers of management in place, as well as another band member in Annie Lennox with her own management team and viewpoint.

It doesn’t help that the catalogue has ended up at Sony because of a load of complicated mergers and sell-offs that saw the label that Dave and Annie originally signed to – RCA Records – end up as part of BMG in the mid eighties due to GE (General Electric) buying the RCA group (Radio Corporation of America) and selling their 50% stake to the Bertelsmann Music Group (BMG – who at the time owned the other 50%). In 2004 Sony and BMG merged their music divisions (this was when the existing Eurythmics reissues were created) but – after loads of complicated shenanigans including RCA/Jive Label Group turning into BMG Label Group – in 2008 BMG sold their half of the Sony BMG merger back to Sony. THIS is why Eurythmics are now part of Sony’s roster.

So, as is the story for many artists, one day Eurythmics have relationships and trust with one set of record company executives and the next day they wake up and someone new is in charge. In fact, Dave mentions this very topic in his book, recalling in 1985 how RCA got a new head in José Menéndez, a man who was, shockingly, killed by his own kids in 1989. Gary Kurfirst was managing Eurythmics in America and he told Dave that Menéndez “didn’t have any clue about us or how best to promote our records and that he didn’t know anything about music at all”. It turns out that Menédez had come from Hertz Rent-a-Car where he’d been CEO. According to Dave Stewart this was what Menéndez said to him when he called a meeting: “I have an idea for you and Annie. We’ve been talking to Burger King, and we’re going to put your album out with them and they’ll have a CD free with a meal. They’ll make little plastic Dave and Annie toys!”. The mind boggles.

Back to the situation today, Sony have ‘ended up with’ the Eurythmics and the band have close to no history with the label. Fans need to hope differences can be resolved and good relations can be established before we see any catalogue activity.

Dave Stewart’s memoir is out now.