It’s the weekend! SDE has had a rare lie in but will now kick back with some stories and updates from the past week, along with gossip and news from the weeks to come… 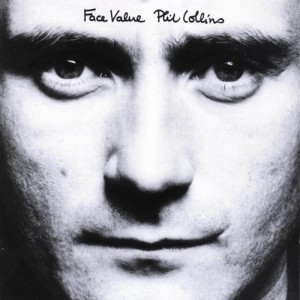 Even I was surprised at the massive response at the news this week that we can expect all of Phil Collins‘ solo albums to be reissued as deluxe editions thanks to a new deal with Warner Music. Almost 100 comments left by your good selves, and apart from the odd naysayer, it was virtually all positive and enthusiastic. We know that Face Value and Both Sides are on the way, but let’s just hope Warners can match your ambition for these titles because you want 5.1 mixes, all the bonus remixes and b-sides and perhaps some demos! 2CD+blu-ray sets were mentioned a few times. So c’mon Warners, let’s not settle for Private Dancer style 2CD sets that have significant holes in the track listing!

There were a few raised eyebrows with the mention of EIGHT studio albums but it seems the 2010 Going Back is part of this new deal. It was a number one album in the UK, so fair dos. While we’re talking about chart positions five of Collins’ eight solo albums went to number one in the UK with two (No Jacket Required and But Seriously) transatlantic number ones. While America lags behind the UK in album chart-toppers it’s a different matter for singles; the guy was a hit-machine between 1985 and 1989 with SEVEN US number ones! Some serious respect is due and I share everyone’s enthusiasm for the forthcoming releases. 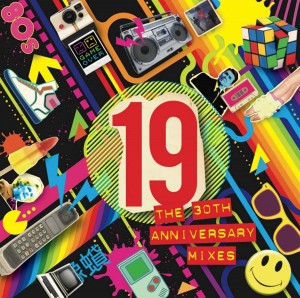 Paul Hardcastle‘s classic 19 single is being reissued next week as a 14-track remix album to celebrate its 30th anniversary. This one single transformed the career of both Hardcastle and music entrepreneur Simon Fuller who left his job at Chrysalis Music to mastermind the global success of 19. Fuller named his company 19 Entertainment after the single and of course is well known for masterminding the Pop Idol franchise (amongst other things).

I spoke to Paul Hardcastle on Thursday morning and we chatted about the single and this new anniversary album. I quizzed him on why he left some of the period remixes off and you can read the interview in full early next week.

Check out the details of 19: The 30th Anniversary Mixes 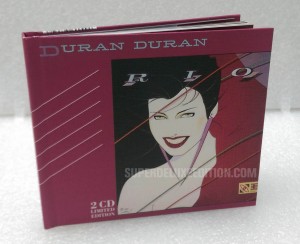 Rio: dancing on the sand… again

In a rather unusual move, it has been announced that the now out-of-print two-CD deluxe of Duran Duran‘s Rio is being reissued in June.

Although content-wise this double disc reissue is pretty good (demos, remixes, B-sides and most importantly the US-album mixes) the presentation was only okay. I don’t know about you, but I don’t think EMI ever got the packaging right for Rio reissues. In 2001 the label released the album in limited edition mini-LP style packaging which reproduces the cover more accurately than the 2009 set (the purple is much better) but for some reason it’s a gatefold and the original UK vinyl was never a gatefold. The content of this version is rubbish though, since it’s an ‘enhanced’ CD with just a few bonus videos and “live weblink”.

The 2009 ‘book’ packaging was quickly abandoned for subsequent Duran Duran reissues meaning the deluxe editions are a right old mish-mash of books, lift off lid boxes and for Arcadia’s So Red The Rose, old-style ‘fat boxes’. We can now add a fourth to that lot because the new Rio deluxe is a digi-pack! It remains to be seen if Warners (who now own DD’s back catalogue) will reissue the others in similar fashion.

Read more about the Rio reissue