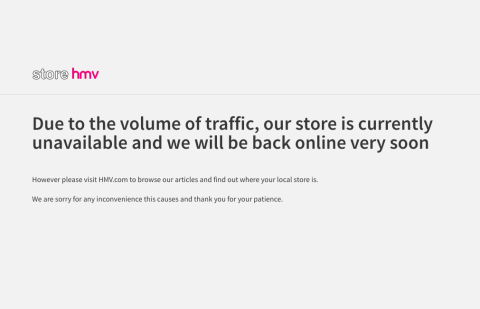 Frustrated fans who were unable to get to a bricks and mortar HMV store in the UK this morning, were left frustrated when the music retailer’s website could not cope with the number of people trying to order exclusive coloured vinyl editions from the Manic Street Preachers, The Velvet Underground, Deep Purple and others.

In a tweet HMV admitted they were “experiencing high volumes”, but insisted “the site is up”. However, SDE tried to purchase some of these items at about 9.03am today and couldn’t make it through the check out process without getting error messages like the one below 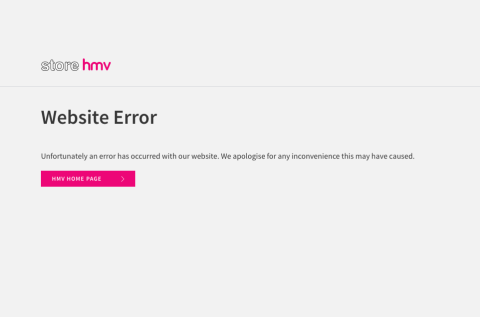 We spent over an hour trying to pay for the items in our basket but the site kept falling over. In the end we went back to the home page and started again, only to be told all the exclusives were now sold out, so during the entire process what was in our basket had not been ‘ring-fenced’ while the difficulties were going on.

And predictably, while we were waiting to checkout the limited vinyl was already appearing on eBay at inflated prices. Did you manage to successfully buy any of the exclusives online? Let us know. 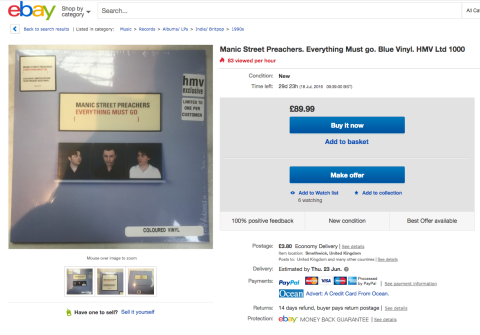 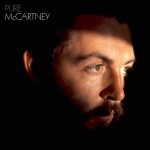 On physical sales alone, Rick Astley denies Paul McCartney a number one by pipping Macca’s self-styled ‘personal playlist’ Pure McCartney to the top spot with his new album, 50.  It’s a slightly different picture of the proper album chart where Astley is still number one, but PM also has Tom Odell and his new album Wrong Crowd ahead of him, therefore the ex-Beatle has to settle for number three in the official album chart. This matches the peak position of both 2013’s New and 2012’s Kisses On The Bottom. Paul’s last number one album was in 1989 with Flowers In The Dirt an album that, coincidentally enough, isn’t represented on Pure McCartney. 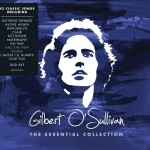 The Essential Gilbert O’Sullivan does well debuting at number seven on the physical chart while Garbage‘s new album Strange Little Birds enters at a modest number 15. The Beach Boys‘ Pet Sounds sits right behind at number 16 which is a fantastic result for the 50th anniversary reissue campaign. You can watch the unboxing video of the deluxe edition right here. 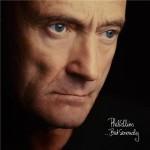 Phil Collins‘ …But Seriously reissue is in at number 37 on physical sales while The Essential Going Back is at number 41. The latter doesn’t deserve the position, it’s a terrible reissue with much LESS content than the original, but if you’re a fan of Collins and have bought the first seven, you’re not going to *not* buy the eighth and final one, especially if you have the Take A Look At Me Now box set!