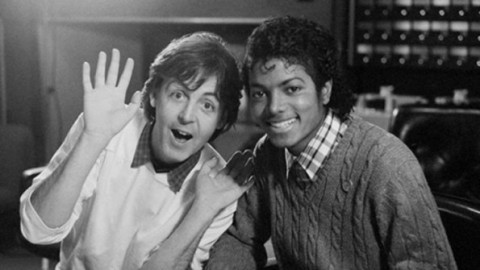 How Paul McCartney must have wished he hadn’t told Michael Jackson about the financial benefits of music publishing. Macca famously missed out on the opportunity to take ownership of the rights to most of the songs he wrote with John Lennon because he failed to come to an arrangement with Yoko Ono in the early 1980s. Without an agreement in place with John Lennon’s widow, Paul, as sensitive as ever to public perception, didn’t want to go ahead on his own for fear of appearing “grabby” and owning John Lennon’s portion of the songs. This was discussed in some detail in Musician magazine back in the early 1990s although there is actually no logic to this, because he could easily have purchased all rights and then sold 50% to Yoko afterwards if he wanted to be ‘fair’.

As everyone knows Michael Jackson bought the catalogue in the mid-eighties (for $41.5m) although Northern Songs as a company ceased to exist in 1995 when Jackson merged it with Sony’s music publishing. There were various financial shenanigans with Sony in the noughties, to allow Jackson to borrow enormous sums, and indeed at the time of his death Jackson had debts of a staggering $500m. Crucially though, he still had a 50% stake in Sony/ATV when he died in June 2009.

Sony triggered a ‘buy-sell’ clause last October which “provides for one partner to buy out the share of the other at the highest possible price”. For a while Michael Jackson’s Estate were considering trying to buy Sony’s half, but in the end they decided that “Sony’s offer was in the best interest of Michael’s children”. Even now, the Estate isn’t debt free and they have acknowledged that they “will use a portion of the proceeds to repay the loan balance on monies borrowed by Michael and secured by his interest in Sony/ATV” although $750m goes a long way, so the Estate is now “completely debt free with substantial assets in cash and other property”.

The normally astute McCartney is left to rue his non-action in the 1980s. Michael Jackson may not have been a poster boy for financial prudence, but he did turn his $41.5m investment into a billion dollar enterprise and that one decision has made a big difference for his heirs. 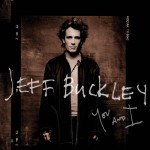 After the massive success of the symphonic Elvis Presley collection You Can Dream, Sony Legacy will be very pleased with their new Jeff Buckley You and I set – which contains early, previously unreleased studio recordings – since it debuts at an impressive number 11 on the UK physical chart and number 16 in the ‘proper’ chart.

Such is the demand for David Bowie releases at the moment that even the most shoddily put together ‘grey market’ CDs are having an impact on the chart. Laser Media’s In Memory Of David Bowie contains 11 “rare FM broadcast songs from the 70s” with – naturally – a front cover image of Bowie from the 1990s. This outsold Aladdin Sane last week!? Can’t think of a less appealing way to remember David Bowie. 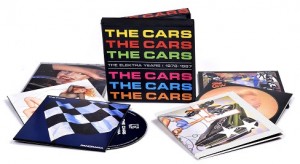 The Scorpions Return to Forever sneaks into the top 100 physical sellers (no. 99) thanks to a quite generous three-disc ‘Tour Edition’ reissue, but surprisingly The Cars‘ Elektra Years 1978-1987 box set doesn’t sell enough copies to make it into the top 100 and neither does Cherry Red’s GRRR! It’s Betty Boo two-CD deluxe. 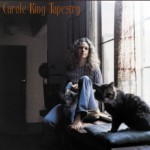 Carole King’s Tapestry moves up from number 61 to number 38 purely on the back of all the media coverage when it was announced that she would play the album in full at the British Summer Time weekend at London’s Hyde Park in July. So perhaps we can expect Stevie Wonder‘s Songs in the Key of Life to re-enter next week, since that album will also be played in full on Sunday the 10th of July it has been announced this week.

Leave a Reply to Peter B Cancel reply