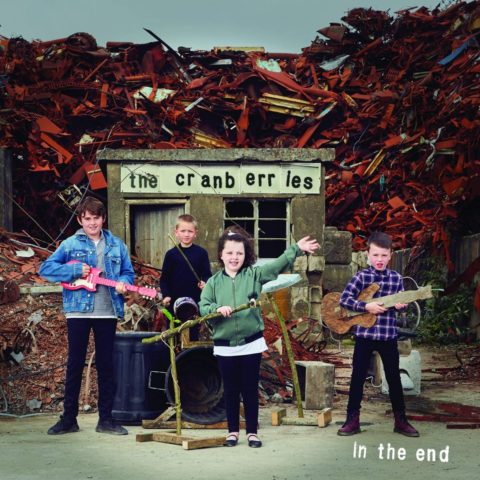 Do you have time for ‘new’ music?

Soon it will be Christmas and as the year end approaches everyone starts to consider what their ‘albums of the year’ are.

I can tell you that over the festive period I will be publishing various SDE posts summarising some 2019 highlights, but I have to admit that when it comes to new albums, this year has been a bit of a struggle for me. I see people publishing lists of their ‘top 25’ new albums of 2019 and in true sitcom fashion end up spluttering into my SDE cup of tea. I’m struggling to recall 10 new albums I really liked.

Why? Well, I’m now in my fifties (13 days in, to be precise), have a busy family life (two teenage daughters), a demanding job (you know the one…) and can hardly find the time to listen to life-changing albums I’ve loved for decades, never mind checking out something brand new. And of course you have to factor in all the new box sets and deluxe editions that have come out – that it’s my job to digest. There are ‘previously unreleased demos’ to be listened to, 5.1 mixes to be ‘immersed’ in and so on.

SDE is primarily about reissues, so professionally it’s not exactly crucial that I stay abreast of new stuff, but I do like to try and keep my hand in and I would acknowledge that LOVING some new album, or discovering a fantastic new artist generates a buzz that is hard to beat. But with a shortage of valuable free time to properly listen to music, are you going to try to ‘get into’ the last Cranberries record or put on Innervisions? I’ve heard good things about that Cranberries album, by the way, but the reality is that it’s WAY down my list of priorities.

It’s rather like going to the cinema. If you only manage to get out with your other half once every couple of months, do you take a risk with the acclaimed but ‘challenging’ subtitled European drama or do just go and see the new Star Wars?* (*delete as appropriate and insert similar ‘franchise’ movie here).

Life changes. When I was young (late teens, and all of my twenties) music was everything. Yes, I was into The Beatles, getting into Neil Young etc. but there was so much more focus on the new, the current. In 1993 I was 23 years old and listening a lot to NEW albums like Blur’s Modern Life Is Rubbish, Crowded House’s Together Alone, Terence Trent D’Arby’s Symphony Or Damn, The The’s Dusk, INXS’s Welcome To Wherever You Are, Jellyfish’s Spilt Milk, The Auteurs New Wave, Duran Duran’s ‘Wedding Album’, Sting’s Ten Summoner’s Tales, Suede’s debut, David Bowie’s Black Tie White Noise (and The Buddha of Suburbia), Tears For Fears’ Elemental, Manic Street Preachers‘ Gold Against The Soul, U2’s Zooropa, Bjork’s Debut, Paul Weller’s Wildwood, Sheryl Crow’s Tuesday Night Music Club, a-ha’s Memorial Beach and Nirvana’s In Utero. That’s some list and many of those records stayed with me for a lifetime. In terms of reissues, I remember enjoying The Police’s Message in a Box, and Prince’s The Hits/The B-Sides, but let’s be honest, the industry was almost 30 years younger than it is now and there simply wasn’t as much focus on the past.

Without wanting to sound like an old fart (failed, I know…), it’s impossible for me to imagine 2019 was full of such quality and variety. And even if it was, with virtually no music coverage on TV in the UK how do you find out about it? In theory, it’s never been easier. I had to physically BUY all those albums, spending £12.99 or more for a CD (I wasn’t earning much, so that was a big deal), but in 2019 you just open up Spotify (or another streaming service) and off you go. If I look at ‘new releases’ in Spotify today I find the following artists being ‘promoted’ at the very top: Stormzy, Popcaan, KAYTRANADA, Ms Banks, Sody, Camilia Cabello, Celeste, Bugzy Malone, Geko, French Montana, Jack Vallier etc. Okay, I know Stormzy, but in general my reaction is WHO ARE THESE PEOPLE?

They are presumably connecting with millennials and generating massive amounts of streams via social media, youtube etc. I feel old. Nearly 30 years ago there was room for new and established acts in the mainstream pop charts. Suede, Blur, The Auteurs, Nirvana, Sheryl Crow were rubbing shoulders with Sting, U2, Duran Duran, INXS and Tears For Fears. ‘Old’ acts were still innovating, with U2 and INXS arguably producing some of the best records of their career between 1991 and 1993. It wasn’t a one-or-the-other scenario.

Last week, I read that a song called ‘Dance Monkey’ by an artist called ‘Tones and I’ had been at the top of the UK chart for 11 weeks!! The first female artist to spend more than 10 weeks at number one (Whitney Houston’s ‘I Will Always Love You’ was at the top for 10 weeks). I had no awareness of what the UK number one single was, and had no idea that this one track had enjoyed a record breaking run. I HAVEN’T EVEN HEARD THE SONG, which maybe tells you everything you need to know. In the ‘old days’ massive chart runs (think Bryan Adams, Wet Wet Wet) were high in the public consciousness. People were talking about it. You’d moan in the post office queue or at the ‘water cooler’ at work about being sick of ‘that song’. The event became general knowledge, and a fact written on a future Trivial Pursuit question card. EVERYONE knew that ‘Love Is All Around’ was one week short of matching the 16-week run of ‘(Everything I Do) I Do It For You’. If you didn’t know, then hang your head in shame. Turns out ‘Tones and I’ is an Australian artist called Toni Watson. This is her second single and no one had heard of her 12 months ago. Sigh.

I’m not a complete old fogey. In 2016 I was really enjoying new music from Swedish musician singer and songwriter Skott. Her first few singles were amazing: ‘Porcelain’, ‘Amelia’, ‘Glitter & Gloss’ and ‘Lack of Emotion’. I’ve seen her live a few times. Nearly four years later and we’re still waiting for the first album and I’m starting to lose a bit of interest, to be honest. She was signed to Chess Club records in the UK, and even released a few seven-inch singles early on, but now seems in a rut of collaborations and constantly ‘dropping’ new songs. So even when – against the odds – you do find and engage with a new up-and-coming artist with apparent real talent – they still don’t deliver what you want. A 10-track CD or vinyl record that you can play.

SDE’s favourite new albums of 2019 list will be published in the coming week.