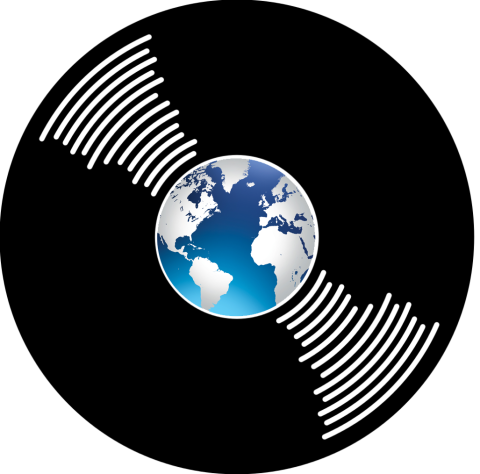 How will BREXIT affect our global music shopping habits?

Unless you’ve been living under a rock, you’ll be aware that on Thursday this week, the UK has voted for ‘Brexit’ – to leave the European Union. Although I cast my vote, I missed all the excitement on TV, because I was at the watching Glen Matlock, Midge Ure and the gang at the Rich Kids gig in Islington. I woke up with a hangover to the news.

It’s fair to say that this has shocked virtually everyone: commentators, politicians, ‘the markets’ and the ‘young people’ of Britain (those under 25 voted 75% in favour of ‘Remain’). The Prime Minister will stand down later this year and with all the uncertainty the pound dropped to a 31 year low. Gulp.

But, ahem, let’s tackle the most important issue head on – what does this mean for the record buying, music box set obsessed SDE reader? I’m quite proud that SuperDeluxeEdition is very much a global community and although it’s run by a Brit in London, only 33 percent of the audience lives in the UK. A further third live in America with the rest split across Europe, Japan, Australia and the ‘rest of the world’. 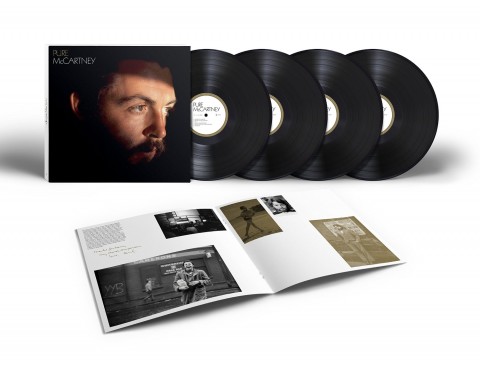 Despite the weaker pound, Pure McCartney on vinyl is still much cheaper in the US and Canada

In terms of the here and now, at the time of writing, one pound sterling is currently worth around 1.37 US dollars. A few days ago it was worth 1.50 dollars. I know quite a few of you in America buy from Amazon in the UK because the VAT is deducted, shipping is often very reasonable and you can get some great deals. Well for you guys, things just got that bit cheaper because you have to spend less dollars for one pound’s worth of goods.

That said, you have to factor in what we in the UK like to refer to as ‘rip off Britain’ (we do like a moan). That is the perception (or reality) that goods and services (in this case vinyl records and music box sets) often seem to be much cheaper in America and Canada (in particular) for no obvious reason. Take Pure McCartney on 4LP vinyl. It’s $59 US on Amazon.com right now (via Marketplace) and even with the new unfavourable (for the UK) exchange rate, that equates to about £42. But the UK price is £70. So despite the current weak pound, there is unlikely to be a step change in shopping habits from either side of the Atlantic. 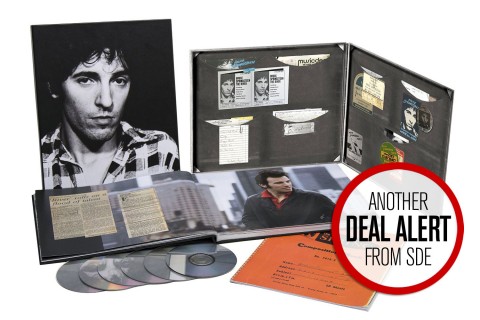 The pound has also weakened against the Euro (by about 5 or 6 percent) so if you are in the UK buying from Amazon Italy, or France isn’t as cheap as it was a few days ago. However, often the ‘deals’ will more than make up for this. For example yesterday’s deal on the Bruce Springsteen River Collection box (still available) secures you the set for about £46. Yes, before the ‘Brexit’ vote it would have been a few pounds cheaper, but £46 is still a big saving over the Amazon UK price (which ranges between £60 and £80). If you’re in France or Italy items in the UK will now be a bit cheaper, but as always, you need to keep an eye on prices across the board before committing – this is where the SDE price comparison widget comes in handy.

Looking to the future, the big change for those in the UK will be potential levies on buying goods within Europe. At the moment we have free trade – there is no extra cost to buying goods and services in the EU, but that will surely change and we can ‘look forward’ to having to pay import duty of the kind which deters many of us in Britain from buying from the US and Canada. It’s not just the duty, it’s the opportunity for Royal Mail, Parcelforce and other carriers to levy ‘admin’ and ‘handling’ charges.

For now, wherever you live, the average SDE reader doesn’t need to make any radical changes in how and where you purchase physical music, but UK residents will be all too aware that buying from Europe will almost inevitably become more expensive once the process of leaving the EU is complete – but that could take years. 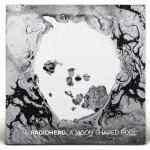 No Surprises that Radiohead register their sixth number one UK album (on both physical and combined charts) this week with A Moon Shaped Pool. In fact, in the last 20 years their only album not to reach the top spot was 2011’s King Of Limbs. I’ve been enjoying the black vinyl version of the new album but have been hearing horror stories about the apparently abysmal white vinyl pressing. 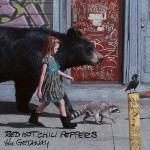 The Red Hot Chili Peppers debut strongly too, with their new album The Getaway. It’s behind Radiohead at number two on the physical and ‘proper’ album chart. As is often the case when a new studio album comes out, sales of their Greatest Hits album have surged – it’s number 36 on physical sales this week. 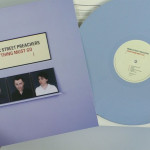 Manic Street Preachers‘ Everything Must Go is back (again)  and is currently number 55 on physical sales. This is obviously thanks to that HMV ‘baby blue’ vinyl exclusive. As a reminder you can still order this from JPC in Germany if you didn’t manage to pick one up in the UK. The Clash‘s debut album is right behind the Manics’ at number 60. Both of these were limited to 1000 copies and effectively sold out. This tells us that selling 1000 vinyl records gets you mid way up the physical album chart on an average week. 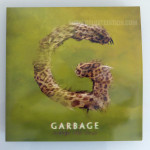 I commented last week that debuting at number 15 was unimpressive for Garbage‘s new album Strange Little Birds. Since then there has been an SDE review of the record and it’s dropped like a stone to number 64. I won’t flatter myself that the two things are related, but there’s no doubt that this is disappointing for the band. They’ve already promoted what is the strongest ‘single’ Empty, so I fear any further sales success is going to be a struggle.