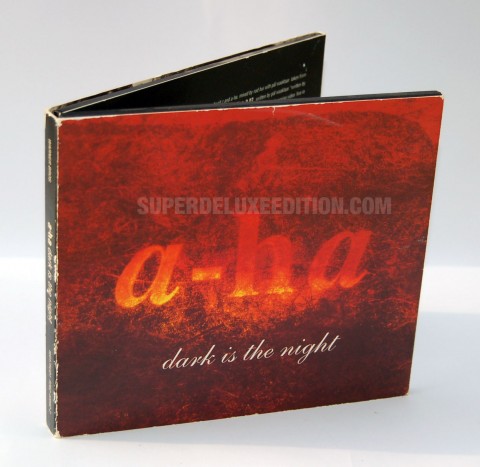 May 1993. Almost three years had passed since A-ha last had a top twenty hit in the UK, with sweet harmonies of the Everly Brothers’ cover Crying In The Rain.

The wistful adult pop of follow-up singles I Call Your Name and Early Morning (also from 1990’s East of the Sun, West of the Moon) simply hadn’t connected with the great British public – probably more to do with radio play, than anything else.

Even the insistent poppy beats of Move To Memphis from 1991 hits collection Headlines and Deadlines failed to rekindle the UK’s passionate love affair with the Norwegian band. Beatrice Dalle was in the video, for goodness’ sakes – Betty Blue! Nothing doing, and the track peaked at a criminally low number 47 – a-ha’s third single in a row to peak outside the top 40.

With a whiff of desperation, Warner Bros. put out a remix of 1988 single, The Blood That Moves The Body – it didn’t chart.

If there was a time for Morten Harket, Magne Furuholmen and Pål (now Paul) Waaktaarto to throw in the towel and go off and not be in A-ha, you felt like this was it. North America had forgotten them almost as soon as they’d had a number one in 1985 with Take On Me (Crowded House suffered a similar fate a year later with their number two, Don’t Dream It’s Over), and after Stay On These Roads, the band had seemingly failed ‘to do a George Michael’ and be allowed to grow and develop their music, while retaining an audience. They were, it seemed, trapped in a Smash Hits poster, where your cheekbones and your favourite colour were the issues of the day.

It’s too their immense credit that A-ha didn’t give up. They went and sought out Prince engineer/producer/ David Z, headed over to Paisley Park studios outside Minneapolis and made an even more grown up record than the studio album that preceded it. Memorial Beach remains the bleakest, darkest, most intensely moving album of their career.

Although a re-recorded Move To Memphis appeared on the album, the first single proper was Dark Is The Night. The clock-tick percussion at the beginning of the song leads to a pretty guitar figure as Morten sings the opening lines that perhaps summed up the dilemma of the band and its individual members during 1991 and 1992 “It’s time we said goodbye / Time now to decide”. It’s an incredibly simple, and rather sad song. Morten implores “Oh, don’t you feel so small / Dark is the night for all”, reminding the listener that that the winner doesn’t always take it all.

Against all the odds Dark Is The Night became A-ha’s 13th top twenty hit in the UK. The CD single was an eight-panel digipack which housed ‘CD 1’ and ‘CD 2’. The second disc was simply a mini-greatest hits featuring The Sun Always Shines On TV, Hunting High And Low (single remix) and Crying In The Rain. CD 1 is more interesting, since it includes an instrumental version what would be the next single from Memorial Beach, Angel In The Snow and a nine minute live medley of Scoundrel Days tracks I’ve Been Losing You and Cry Wolf (from the Live In South America VHS).

A-ha took a break after the Memorial Beach album, returning at the start of the new millennium with Minor Earth, Major Sky. In 2005, twelve years after Dark Is The Night, they finally enjoyed another UK top twenty hit with the title track from the Analogue album. It would be their last. 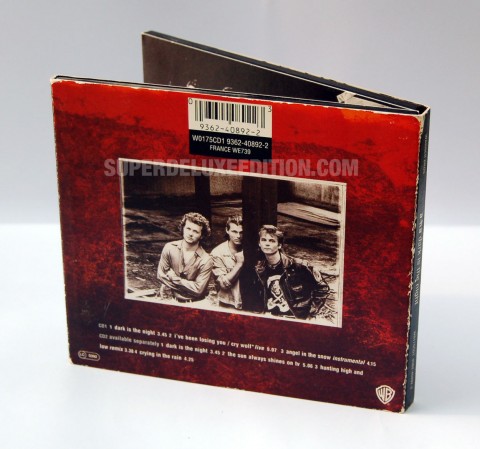 A 20-year old digipack, a bit rough around the edges (click to enlarge)

21 responses to Single File / A-ha: Dark Is The Night