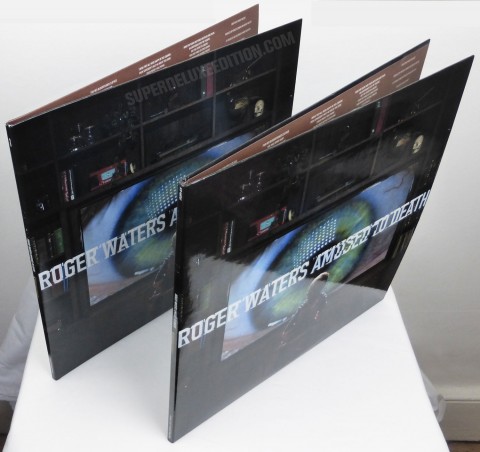 As explained back in June, the recent Roger Waters Amused to Death reissue actually comes in two very similar vinyl pressings; one issued by Sony and the other by the US audiophile label Analogue Productions. But how can you tell the difference and which one have you got?

To recap, Amused to Death was originally going to be reissued by Analogue Productions on double LP and stereo-only SACD. That was announced WAAAAY back in January 2013. It was supposed to come out in November of that year – but didn’t. Then an April 2014 release date came and went and it was at that point Analogue Productions announced that the SACD would now feature a brand new 5.1 mix. Very positive news, but no sign of the actual product and no mention of Sony stepping in.

A year later in April 2014, Sony announced that *they* would be reissuing the album on CD+Blu-ray, 2LP black vinyl and 2LP picture disc. They would ‘collaborate’ with Analogue productions on the release and give AP, and their pressing plant Quality Record Pressings, the job of manufacturing the vinyl. However, AP still wanted to produce and distribute their own version of the vinyl in slightly enhanced packaging and that is what has happened. In theory, the AP vinyl is limited to the US market, but it was widely available for pre-order over the last few months. Analogue Productions also continued with their plans to produce an SACD and leave the CD+Blu-ray version to Sony.

Now we’ve got that straight, what actually is the difference between AP’s vinyl and Sony’s version. To help, here’s an brief SDE FAQ:

• My vinyl has Analogue Productions and Quality Record Pressings stickers on the front, so I must have the AP version, correct?

> No, both the Sony vinyl and the Analogue productions vinyl have the same stickers on the plastic covers with the ‘tear off’ strip at the top.

• I have two 200g records in high quality anti-static QRP-branded sleeves, so this surely means I have an Analogue Productions 2LP set?

> No, the Sony issued vinyl and AP vinyl both have 200g records and both have identical inner sleeves (as below). 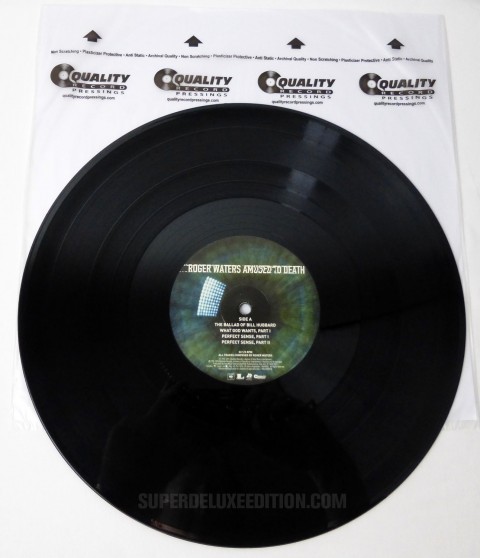 > It could be. Both Sony and APP vinyl records are pressed at QRP or Quality Record Pressing. There is no difference in the vinyl records AT ALL. They are identical.

• My gatefold vinyl has a very shiny gloss finish –  is that significant?

> Yes. It means you have the vinyl version produced by Analogue Productions. The Sony version is by no means ‘matt’ but it simply lacks the gloss varnish. If you can’t see your reflection then you probably have the Sony version. 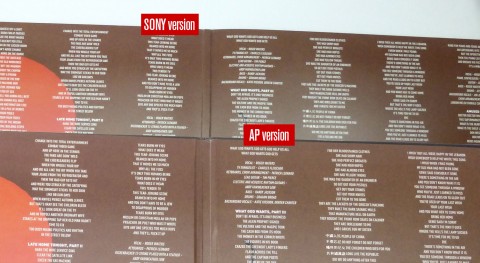 > Then you have the Analogue Productions ‘version’. The card is extremely thick. Also the AP jacket has the cover art printed onto paper which is then mounted onto board. Whereas the Sony gatefold is printed straight onto thinner card. The giveaway is that the inside of each ‘pocket’ is white on the Sony version, whereas it has a natural hessian colour on the AP edition. 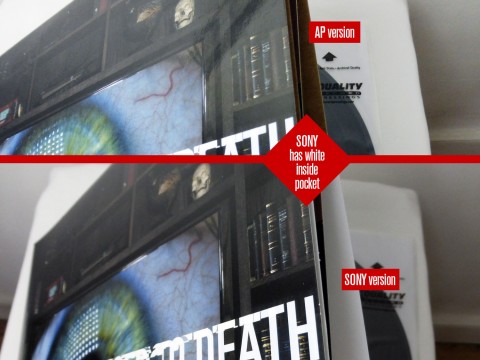 • I have an Analogue Productions booklet in my gatefold sleeve…

> This is the other big giveaway. The Sony edition doesn’t have this booklet. 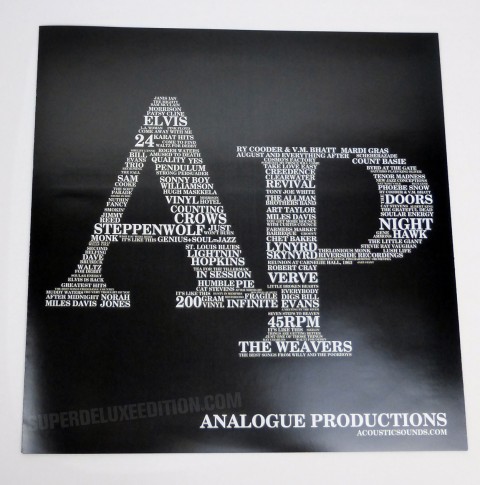 There are a couple of other minor differences. On the spine of the AP version the cat number APP 468761 is more or less right at the edge, whereas the Sony packaged vinyl uses a small font and is indented from the edge by about half an inch.

Amused to Death is out now. Below are some comprehensive links for ordering and below that are some more photos. 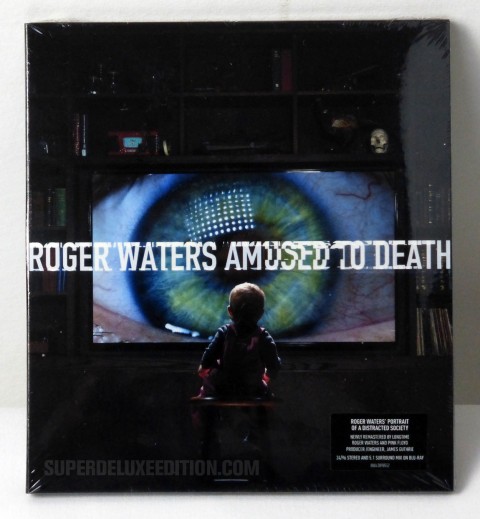 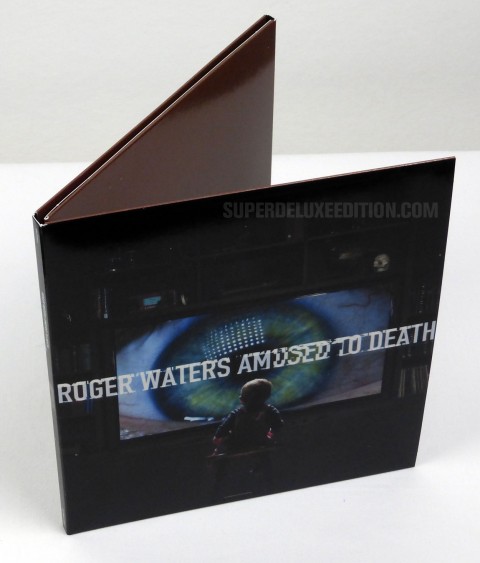 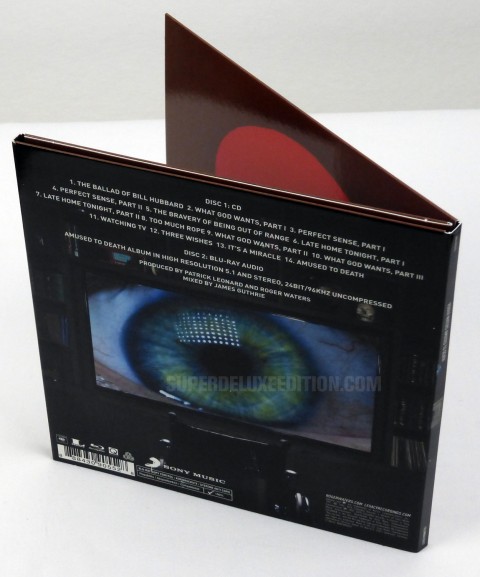 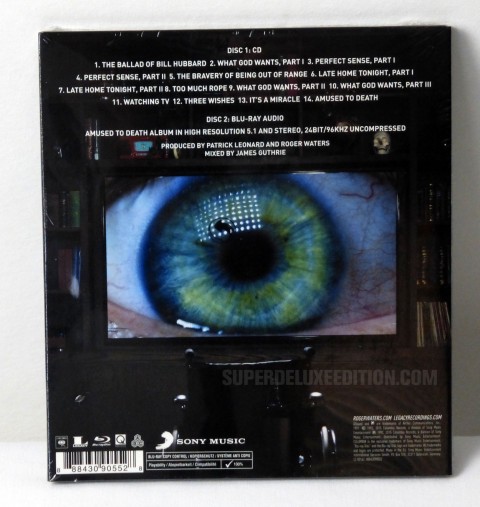 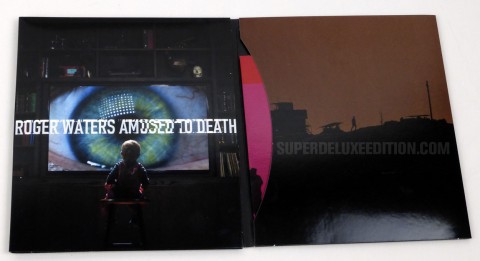 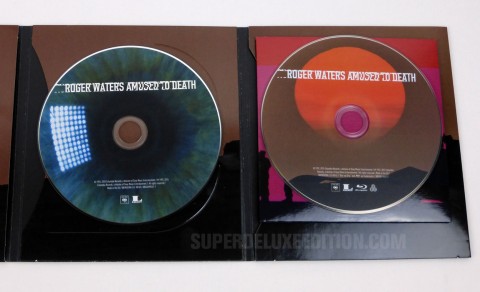 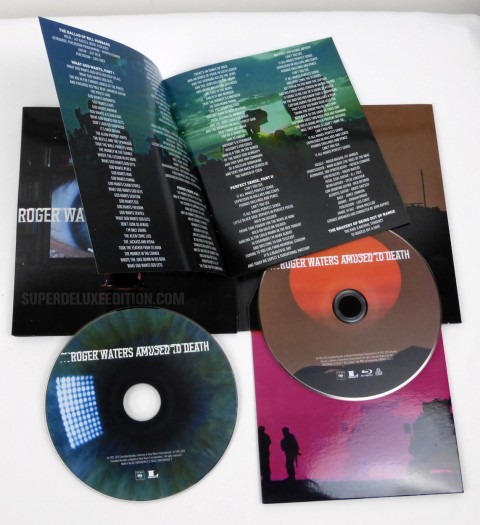 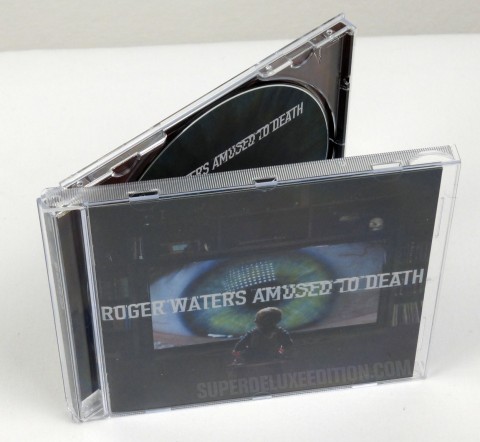 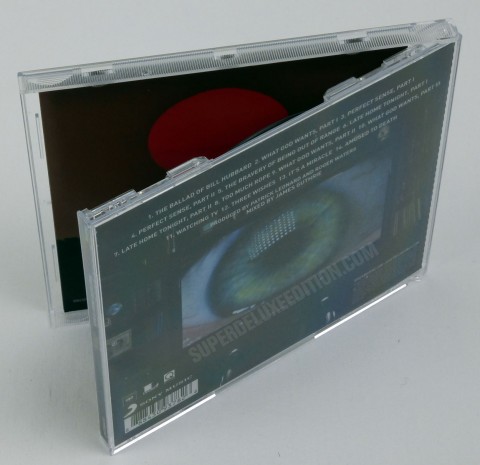 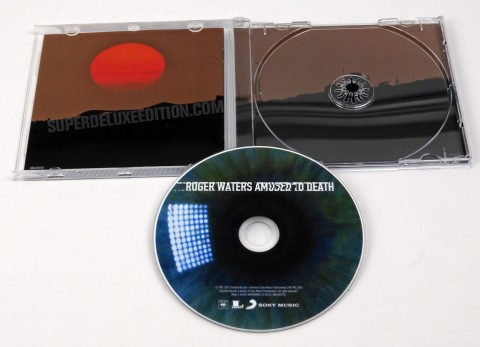