Once more, we take a look at some quirky UK CD singles from yesteryear. If you enjoy this post you should also enjoy  parts one and two. 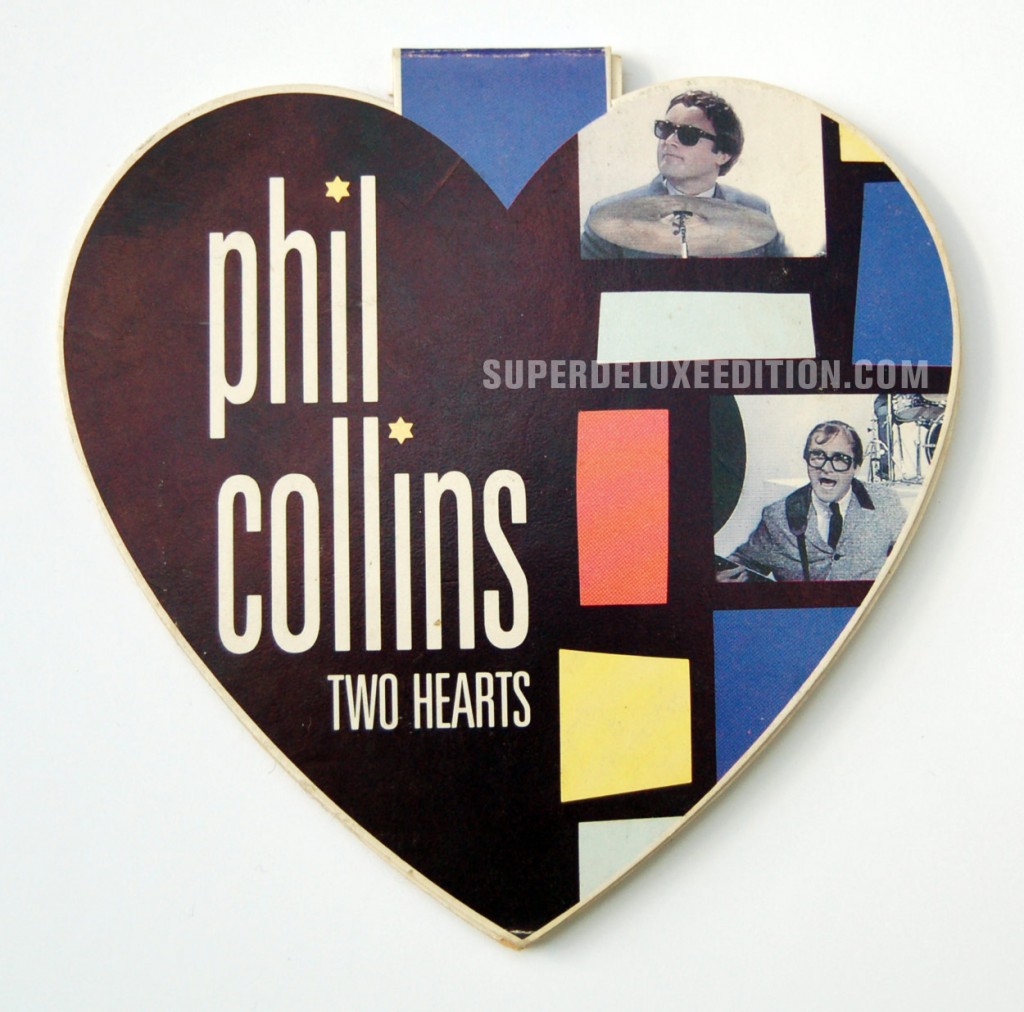 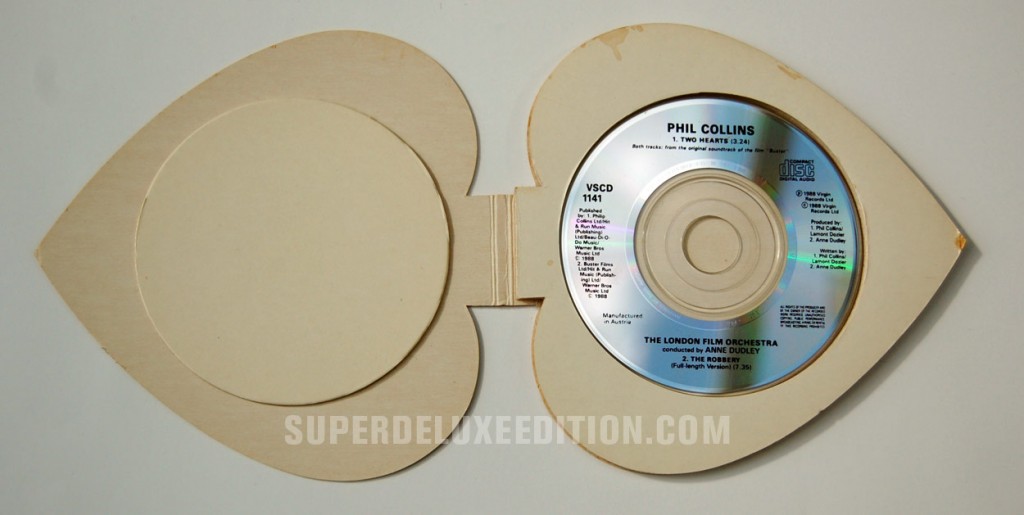 This US number one peaked at number six in the UK, despite this quirkily packaged three-inch CD single taking the title quite literally. A bit of a case of form over function though, since the CD itself was bereft of any really interesting tracks. You got the standard seven-inch version of Two Hearts, plus The Robbery an orchestral piece (from the soundtrack to the film Buster) written by future Oscar winner Anne Dudley (also a member of The Art of Noise). 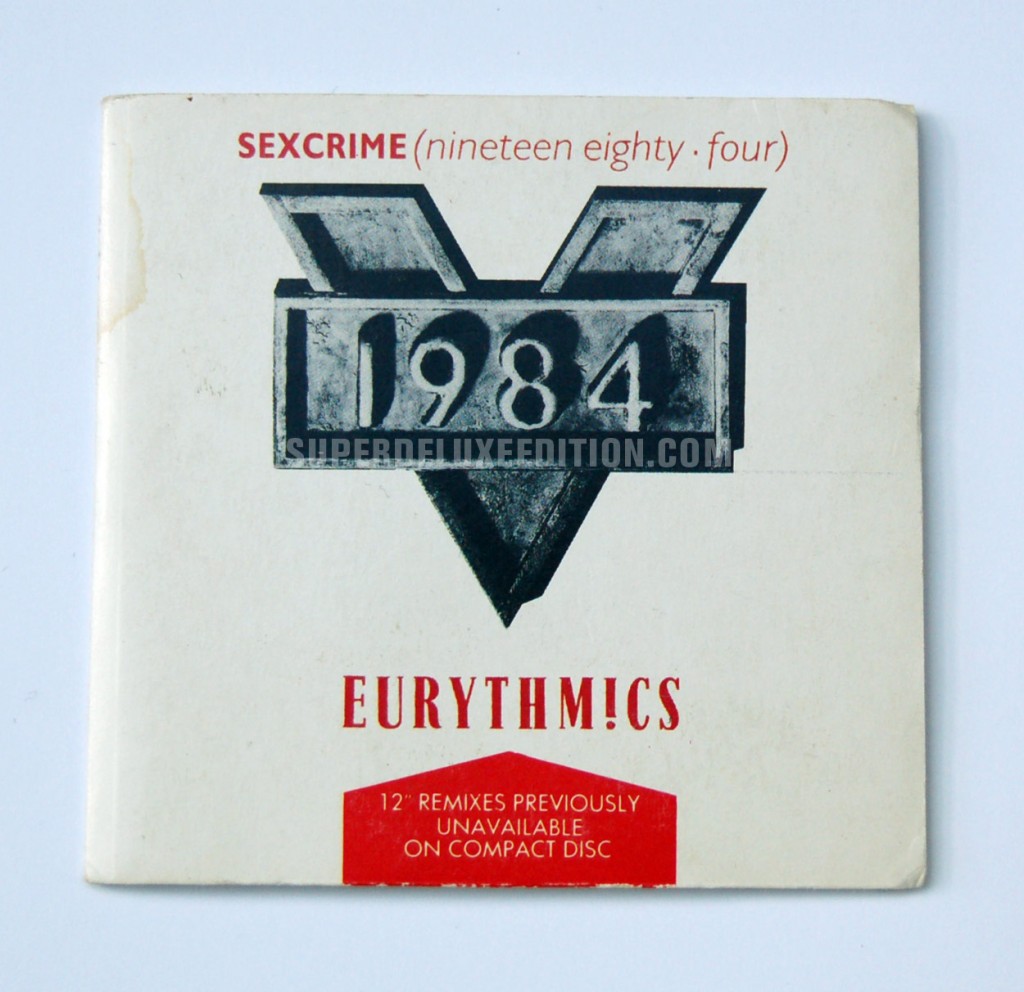 The remix promise on the cover is nonsense (click to enlarge) 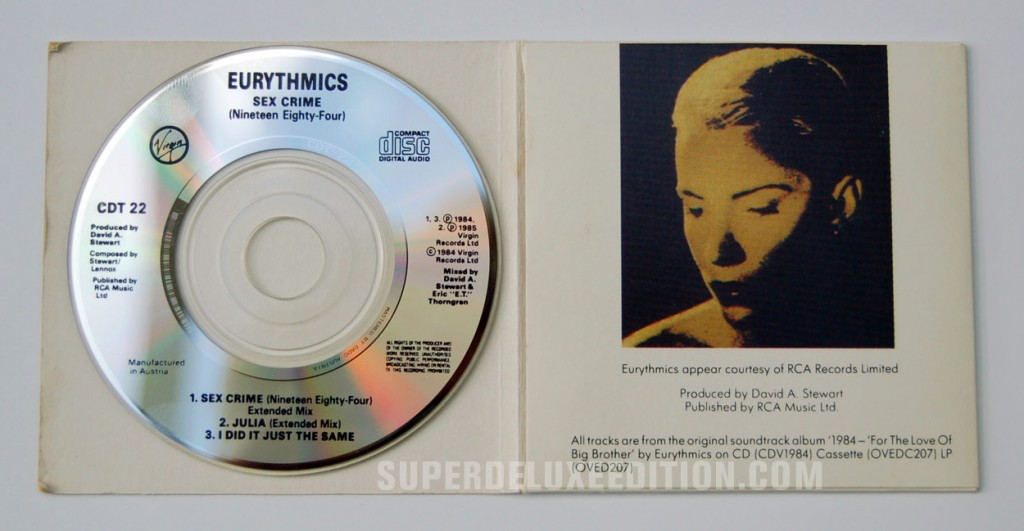 Another three-inch CD single, this time from the Eurythmics. Sexcrime (Nineteen Eighty Four) was the lead single from their massively underrated, almost-soundtrack album to the film 1984. The one starring John Hurt and Richard Burton. The single was released in lots of formats including a groovy looking twelve-inch vinyl picture disc. As well as delivering an extended remix of Sexcrime, the back of this promises an “Extended 12-inch Remix” of what would become the second single Julia. In true can’t-they-even-get-the-basics-right fashion, the timing is listed as 3.52 but the Julia on this CD is actually 6.33 – identical to the album version, and not an extended remix at all! 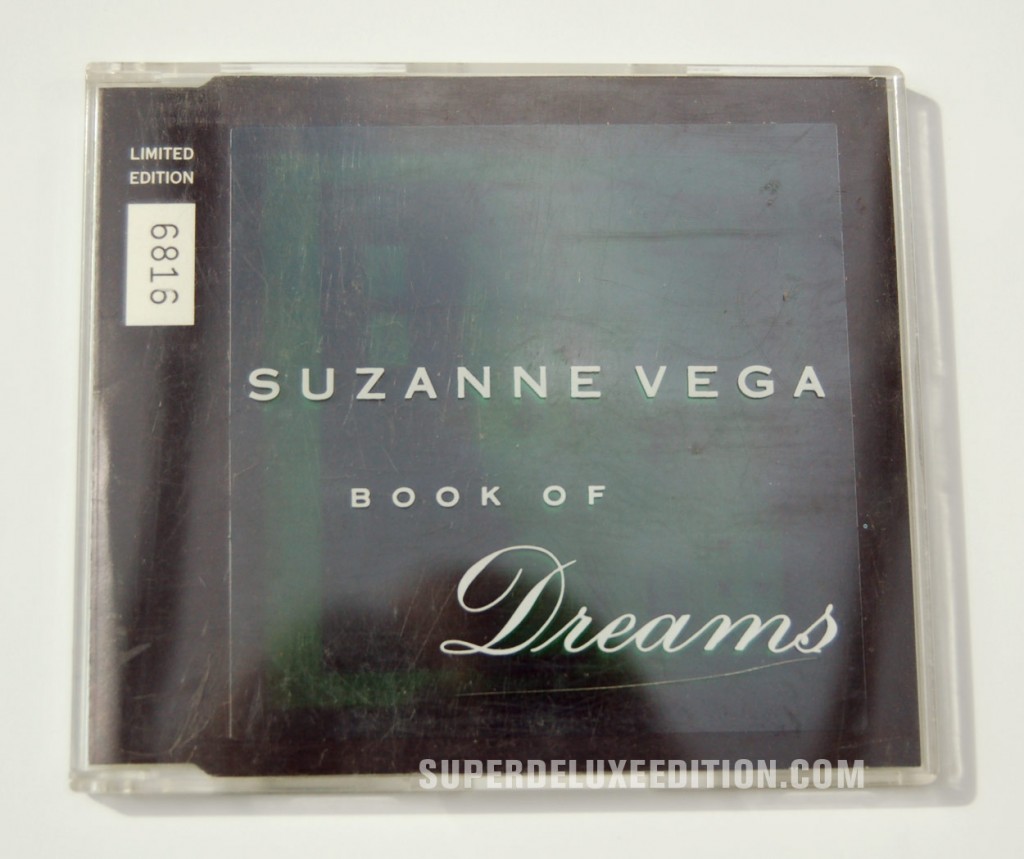 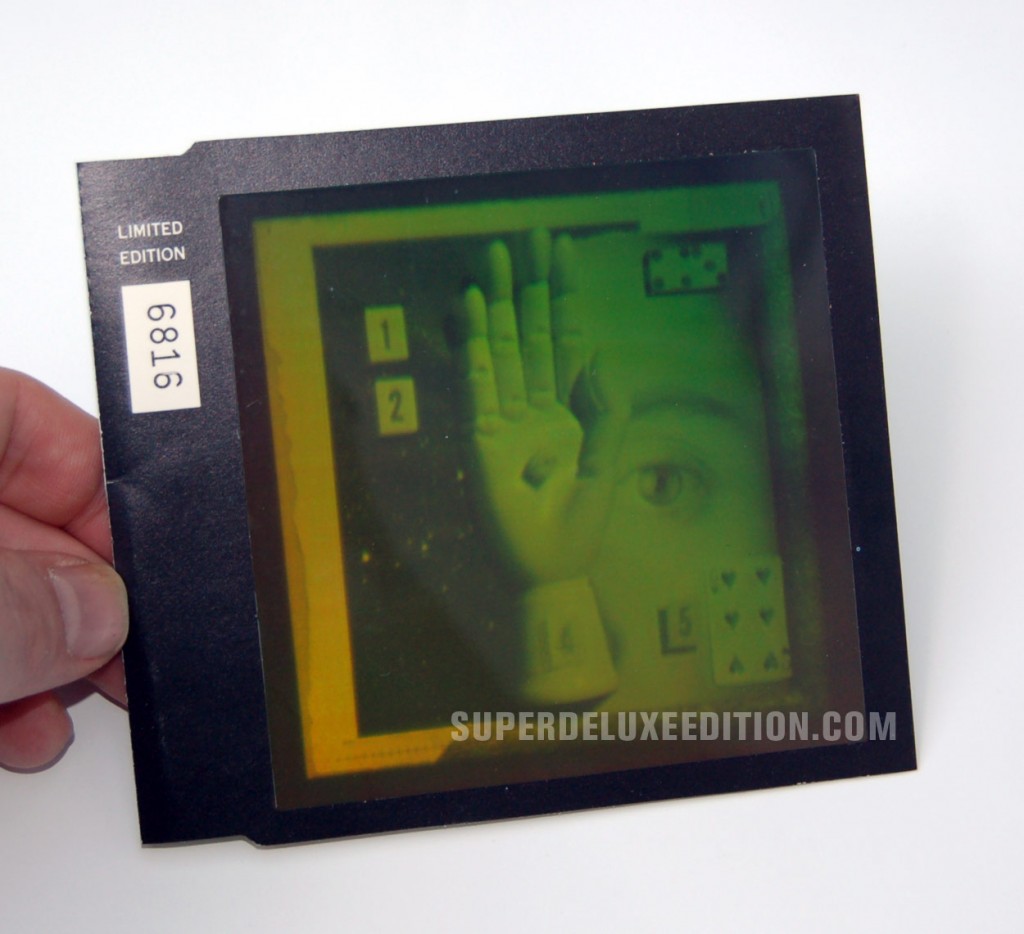 The first single from Vega’s 1990 album Days Of Open Hand. This numbered limited edition featured a lenticular 3D effect cover and a CD single jewel case overprinted with ‘Suzanne Vega Book Of Dreams’. This flashy packaging didn’t help the single which peaked at a number 66 in the UK charts. 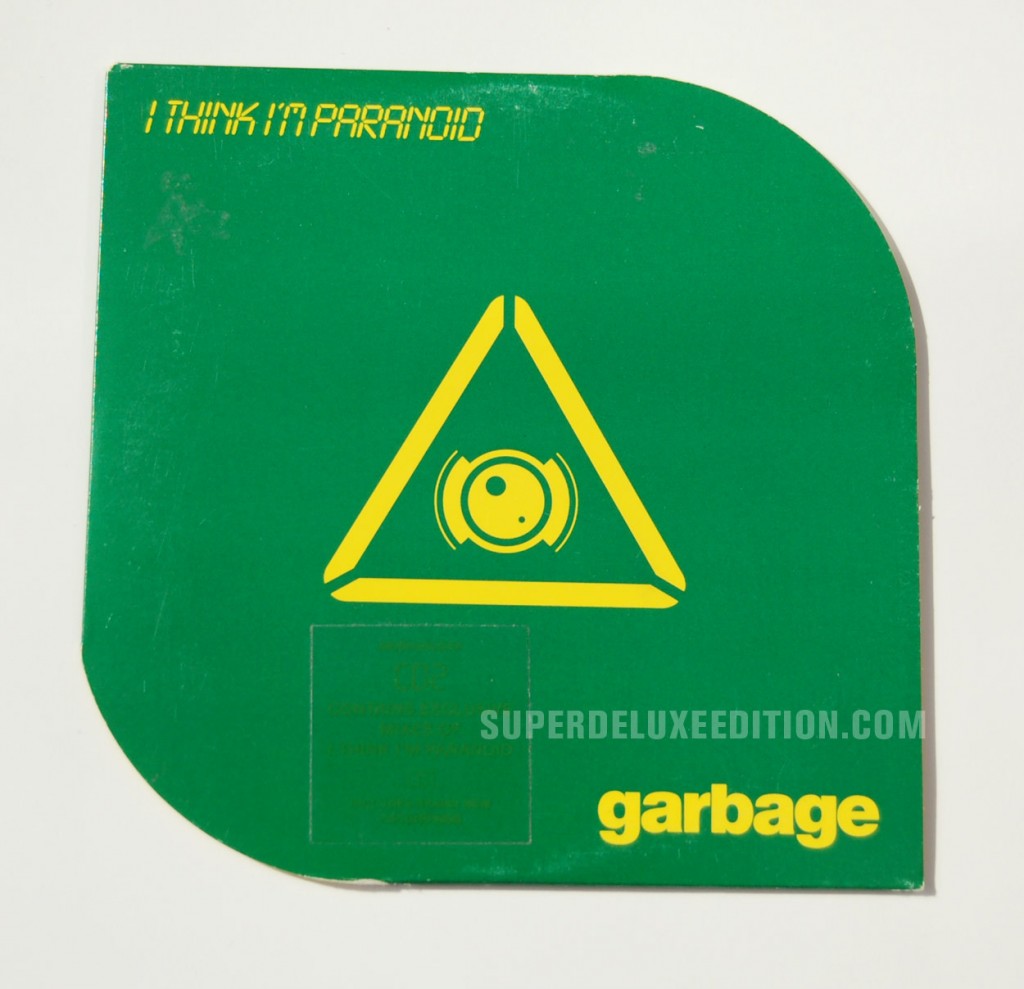 Square is boring - Garbage experiment with shapes (click to enlarge)

The second single from Garbage’s Version 2.0 album came in this special bespoke die-cut sleeve. This was CD 2 in the UK, and contained the seven-inch version of I Think I’m Paranoid and two remixes. 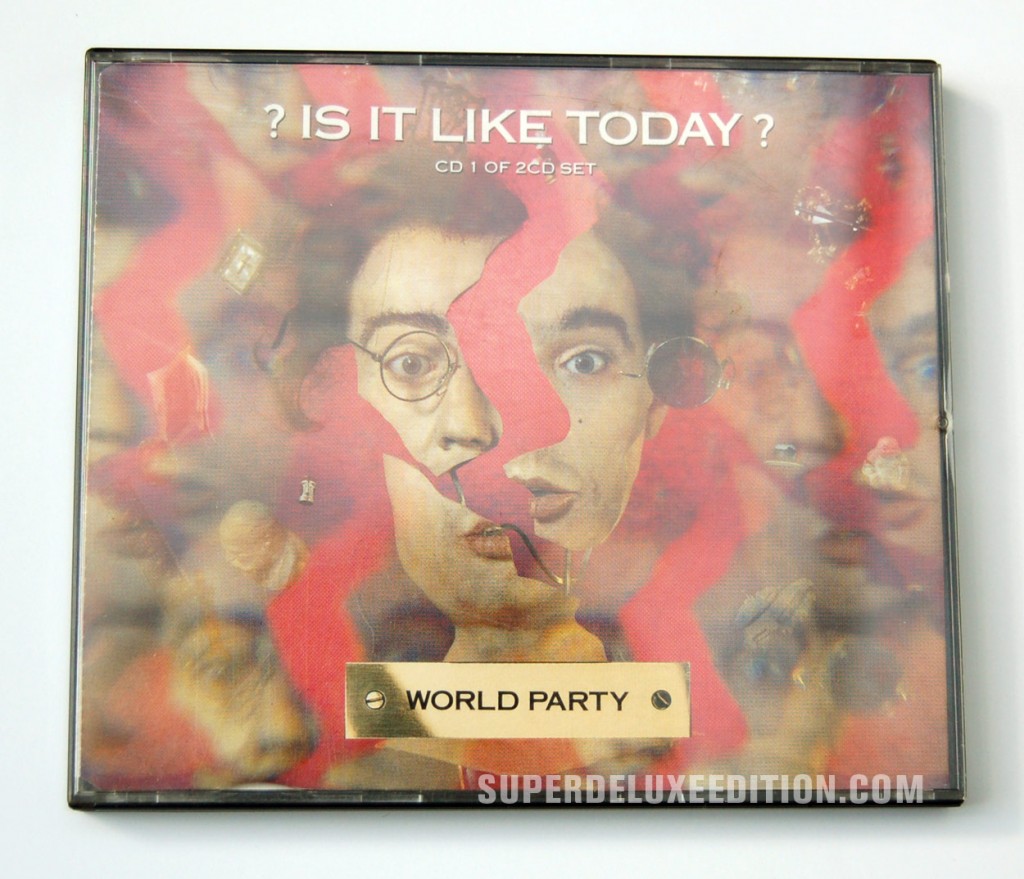 The superb opening single from 1993’s Bang! album, Is It Like Today? from World Party came in a rather strange thin double CD single jewel case. ‘Disc One’ came with the package and included the single edit of the song, plus World Without Love and Ship Of Fools. ‘Disc Two’ was available separately and featured the LP version of Is It Like Today along with Message In The Box and a rare demo of The Little Man Within. The song remains their biggest single in the UK, reaching number 19 in the singles chart. 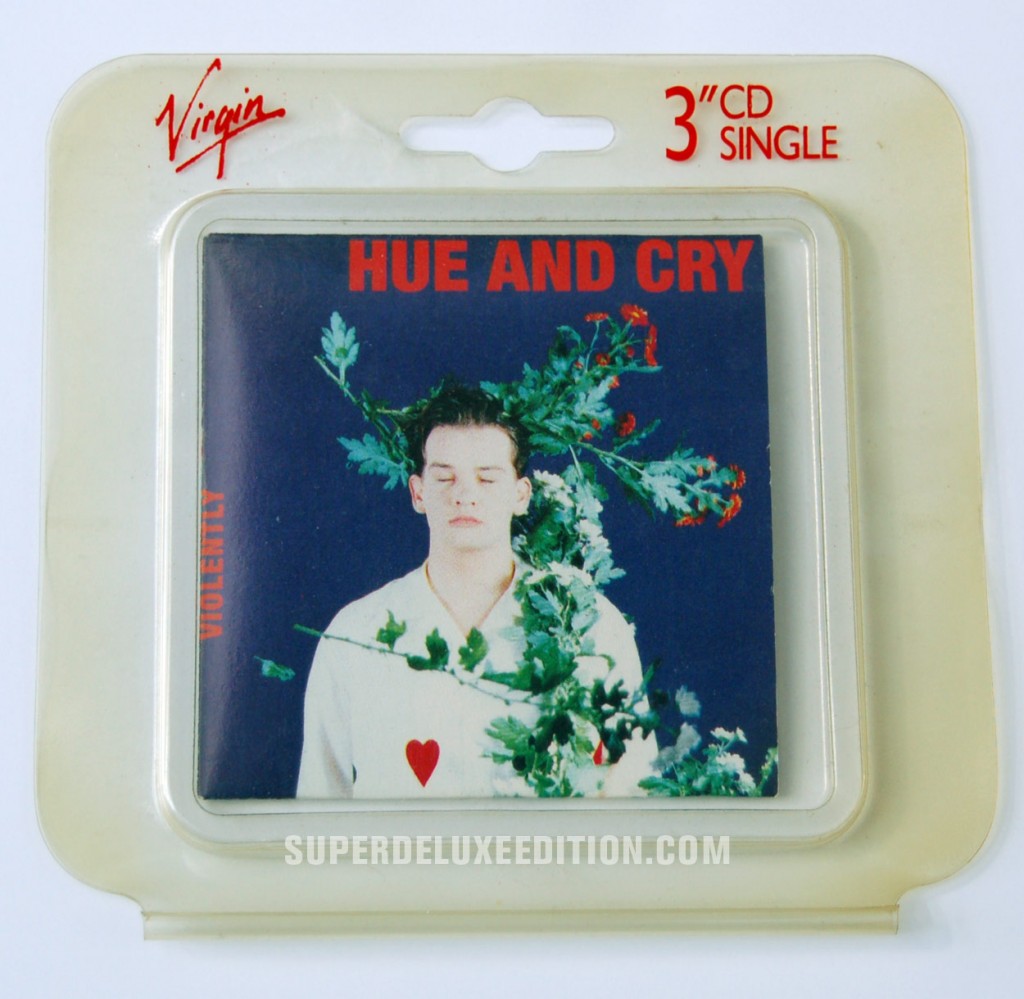 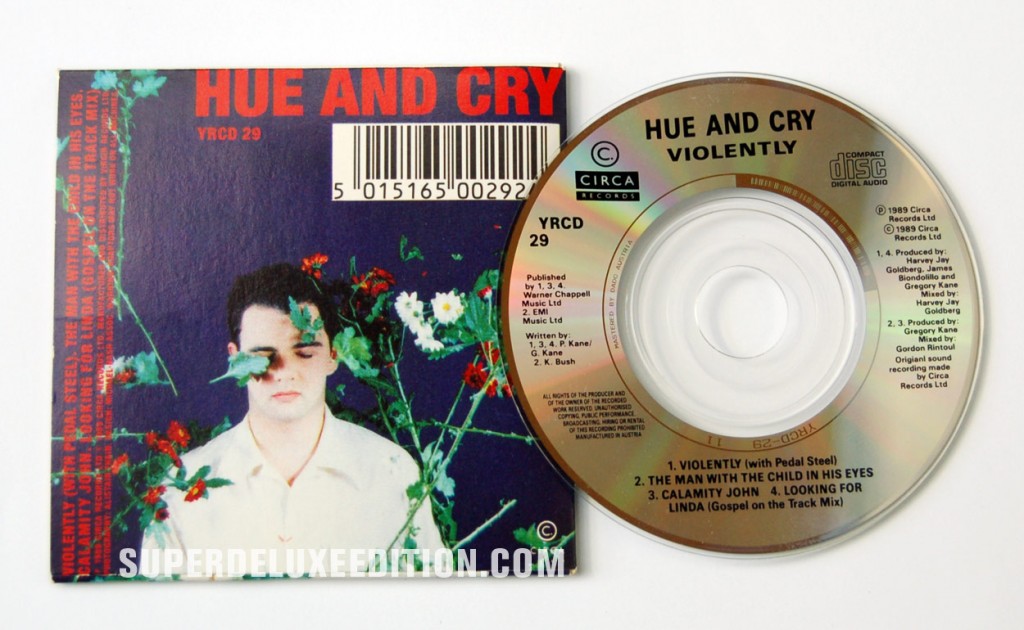 The third single off Remote, the second album, came in this three-inch format and included the ‘Gospel On The Track Mix’ of the previous single Looking For Linda as well as a cover of Kate Bush’s The Man With The Child In Her Eyes – retitled as ‘his’ eyes. Violently would be Hue and Cry’s last UK top 30 hit (not including re-releases).

6 responses to The Art of CD Single packaging – pt 3