The Art of CD Single Packaging 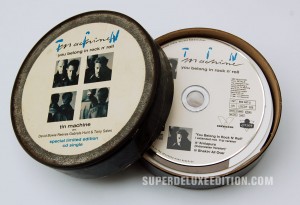 Indeed, such was the popularity of the format (particularly in the UK), that record labels started releasing multiple CDs for each single release. “CD two out next week” was all too familiar.

This was an attempt on the part of the record companies to try and extend the lifespan of a single in the charts, and it offered all sorts of creative opportunities for the marketeers, when it came to packaging. If you wanted to add some phizz to a single release, you needed to do something interesting with the presentation. Cardboard, tin boxes, three-inch CDs in blister packs. You name it, they tried it.

Here, we dig into the SuperDeluxeEdition archive and take a look at some of the weird and wonderful formats and packaging utilised for the CD single. All CDs are UK releases (click on photos to enlarge). 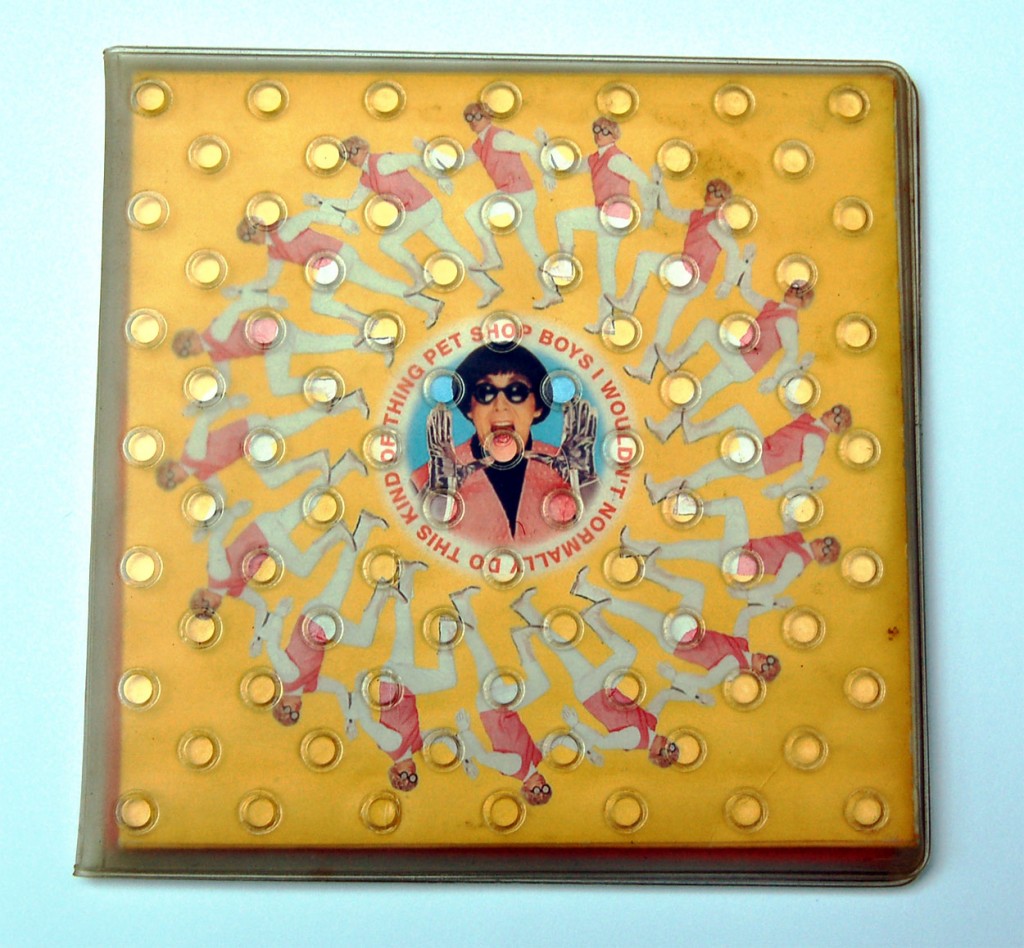 The third single from the Pet Shop Boys‘ Very album came in this plastic double-pack, with space for two CDs. The design echoes the orange plastic ‘lego’ CD case that the album was issued in originally. 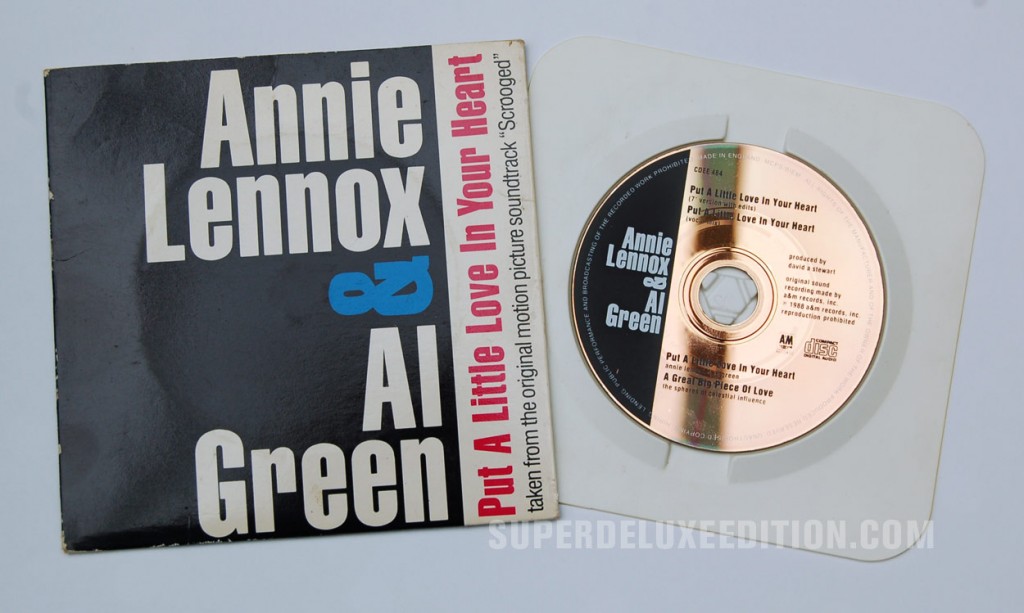 A 3-inch CD single supplied in a 5-inch sleeve (with no adaptor).

This 1988 Dave A. Stewart produced song was featured in the film Scrooged. The three-inch format was appearing semi-regularly at this point, although no one could seem to work out what the advantage of a small CD actually was, especially when supplied, as seen here, in a five-inch card sleeve. The CD sits in a plastic tray, not an adaptor as used with some releases. 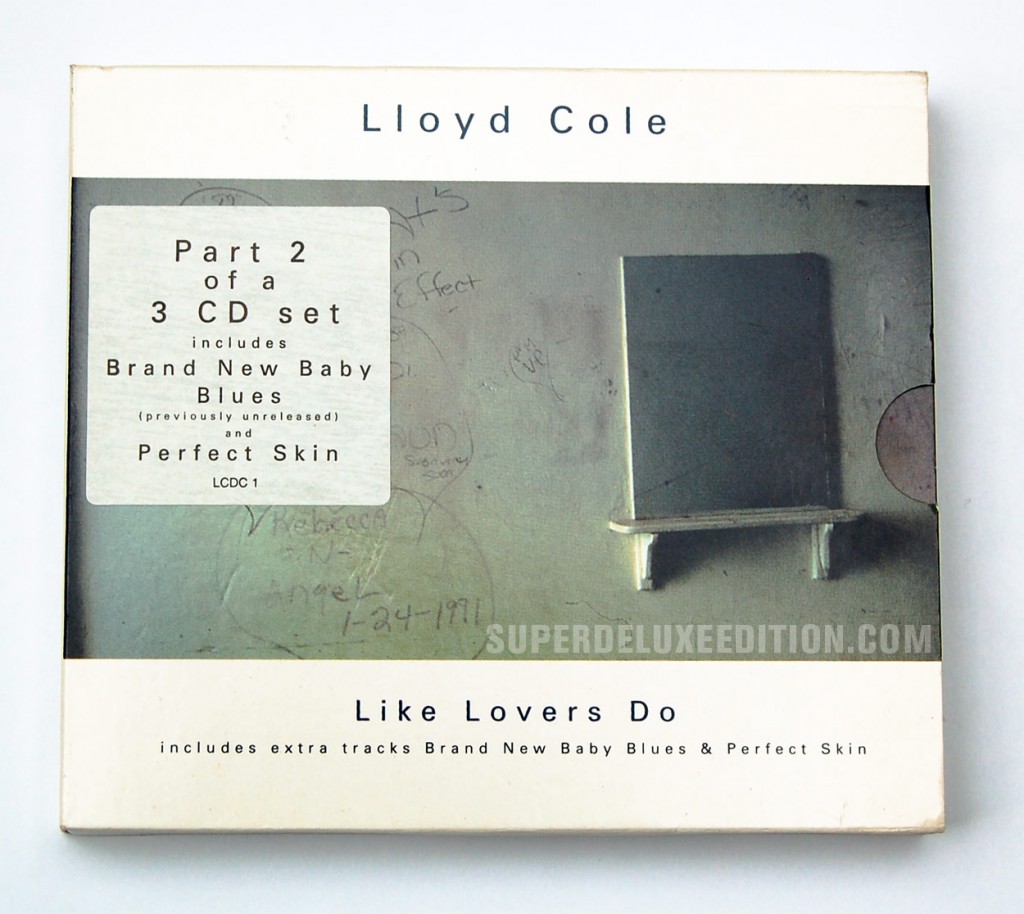 In 1995 it was looking like Lloyd Cole was going to have, whisper it, a hit record, thanks in part to the championing of Like Lovers Do (i.e. he played it) by the ‘maverick’ BBC Radio 1 breakfast DJ Chris Evans. Mercury Records weren’t going to leave things to chance, and tempted fans with this triple-pack (6-panel digi-pak, with slip case) which contained a mixture of hits (Forest Fire, Perfect Skin, Rattlesnakes), and album demos and outtakes, across the three CDs and nine tracks. 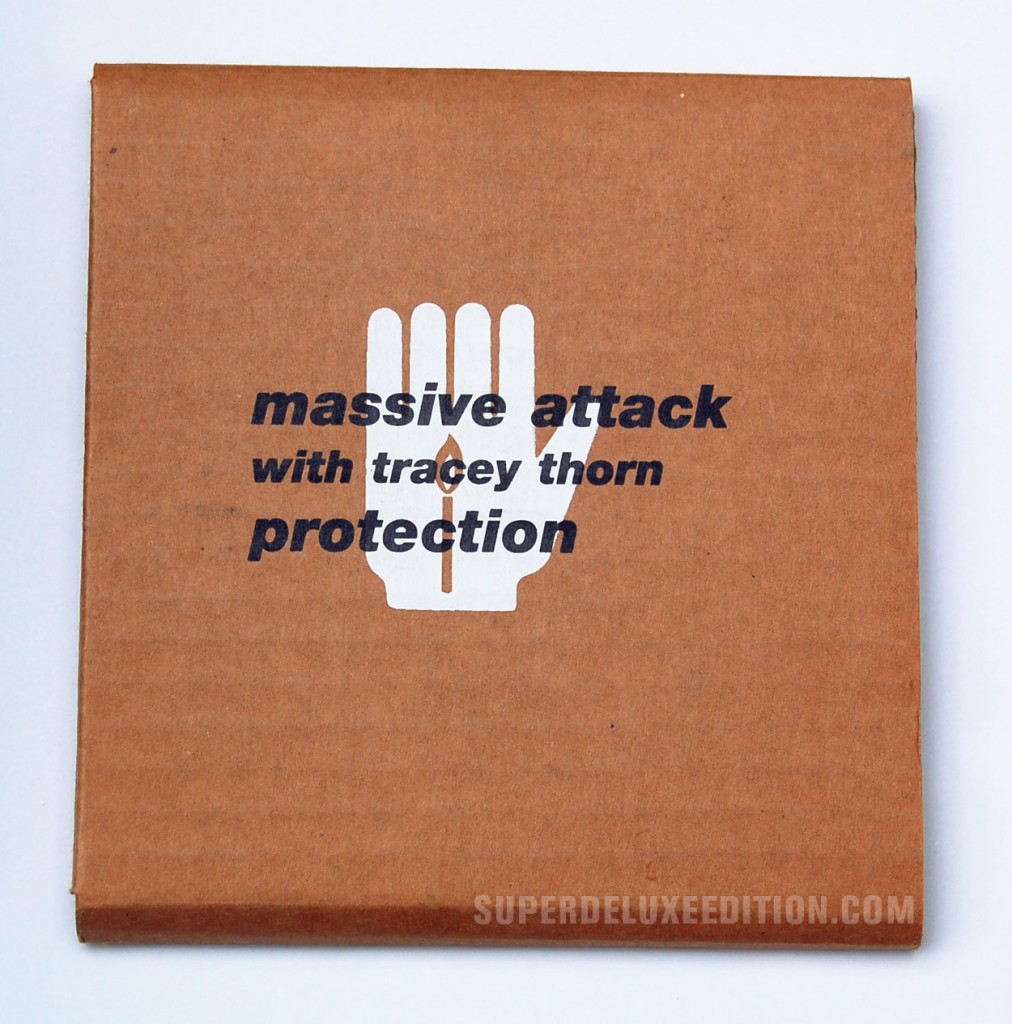 Corrugated cardboard hides a CD in a card sleeve

The song’s called Protection right? What if, we actually protected the CD single in some kind of outer cardboard sleeve? How cool would that be? 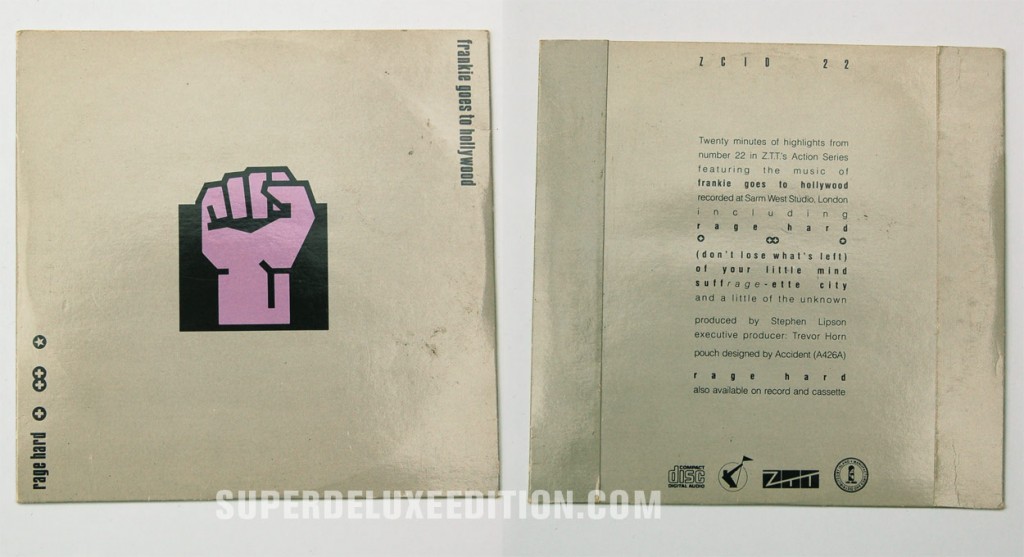 A very early CD single and the first from Frankie. ZTT temporarily ditched their beloved cassette singles (cassingles, cassetted etc.) with this being the only non-vinyl release for Rage Hard. The packaging is rather modest, with a simple card sleeve, but the CD contained an exclusive 17 minute version of Rage Hard that hasn’t been reissued since. 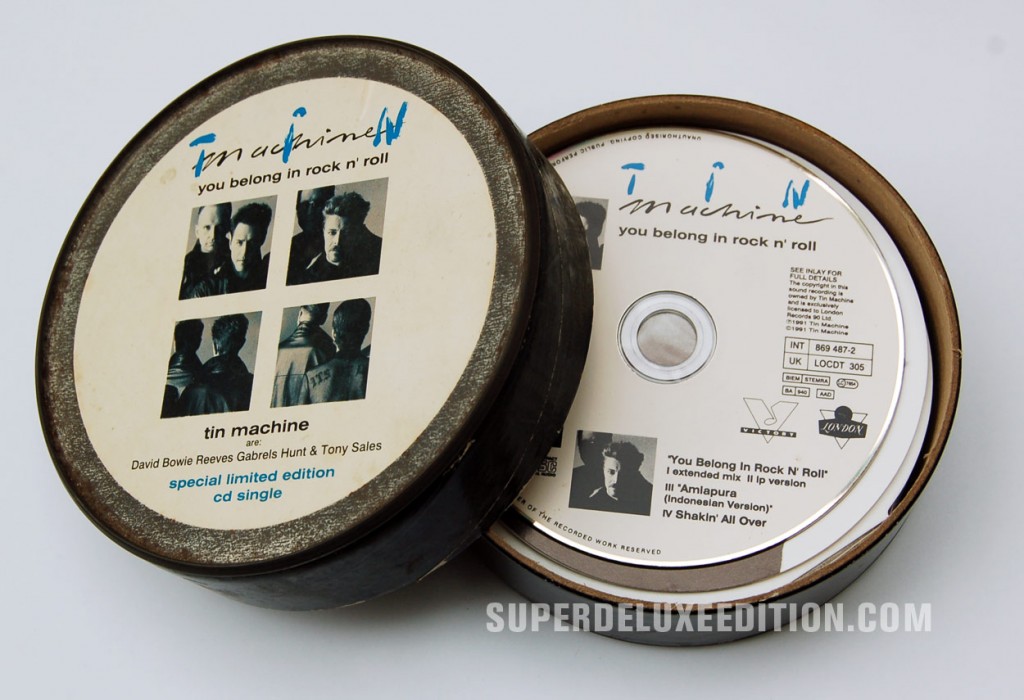 The first single of David Bowie‘s second (and final) Tin Machine studio album. London Records came up with this eco-unfriendly monster. Forever ostracised from other CDs on the shelf, the only thing inside this big tin (geddit?) was a CD and a folding circular poster. A second single Baby Universal was released in a the same way. 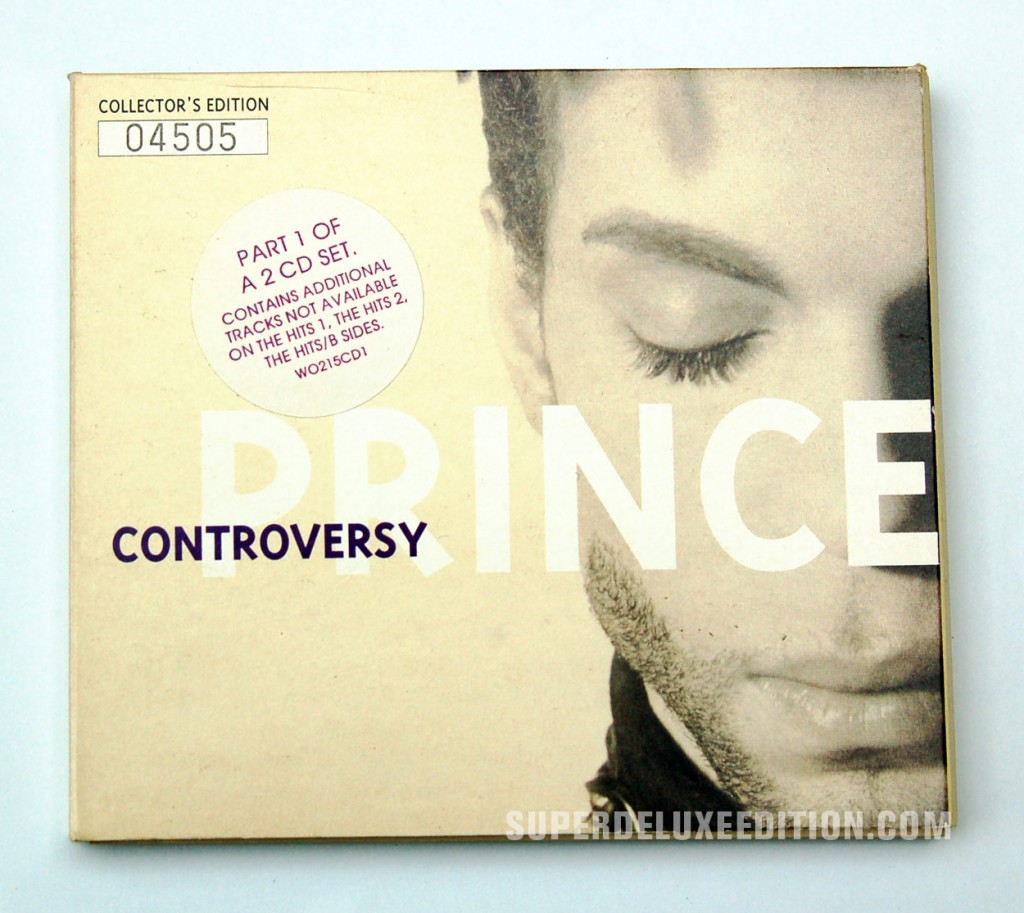 No expense spared with this eight-panel digi-pak

Reissued to coincide with The Hits/The B-sides compilation in 1993, Warner Bros. decided on releasing Prince‘s Controversy as a lavish eight-panel numbered digi-pak with space for a second CD issued separately. Bonus tracks were largely made up of songs they’d left off the compilation (such as Anotherloverholenyohead). Peach, another track from the hits collection, was also released in this two-CD dig-pak form. 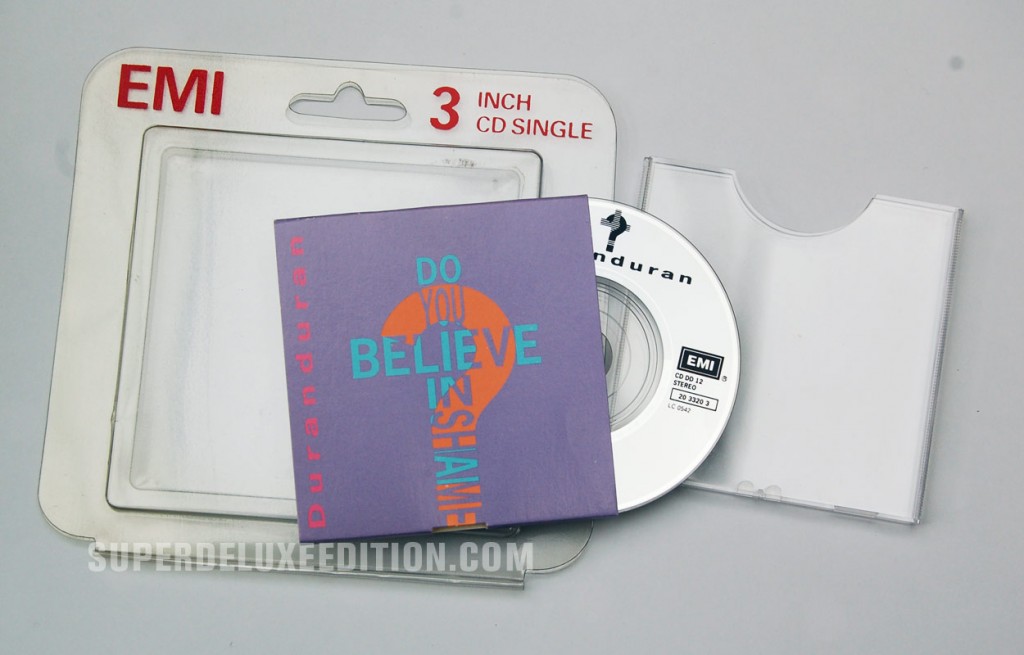 Duran Duran‘s first CD single was the final single from their Notorious album, the gatefold card sleeved Meet El Presidente, dubbed The Presidential Suite. I Don’t Want Your Love, the first single from Big Thing followed, and was issued in an overprinted transparent slimline jewel case, with second single All She Wants Is reverting to a three-inch format. Do You Believe In Shame maintained the three-inch approach, but was housed in a hard plastic slip case within a hang-it-on-the-rack soft plastic EMI casing. 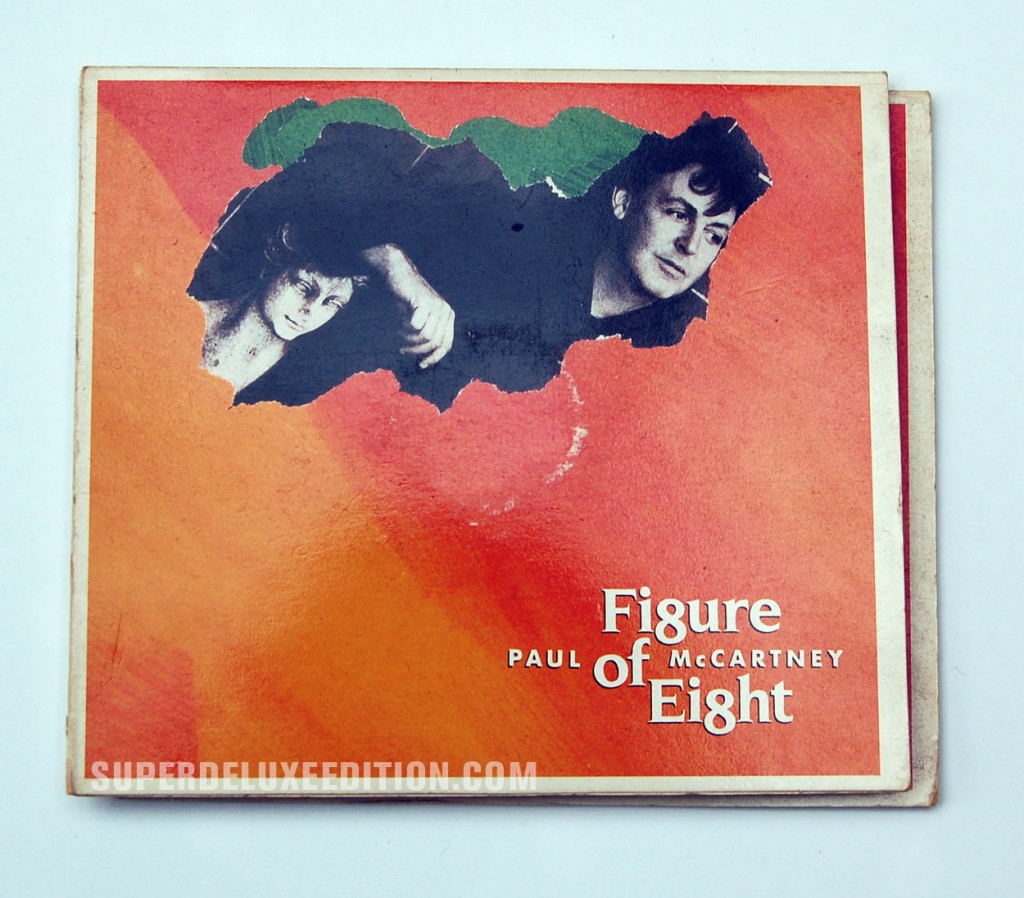 A gatefold card sleeve with space for two CD singles

The 3" CD (on the left) was sold separately

Despite some of his best reviews for a decade, the first two singles from McCartney‘s 1989 Flowers In The Dirt album (My Brave Face and This One) had performed disappointingly, with both stalling at number 18 in the UK charts, and the later only just scrapping into the Billboard Hot 100. EMI pulled out all the stops for Figure of Eight with three 12-inch records (including an etched disc) and two CD singles amongst a multitude of formats released in the UK. CDR6235 was the 5-inch CD released with the gatefold sleeve with space for another CD. A week later, CD3R6235 came out with its own three-inch gatefold sleeve, but the idea was that you would store it in the five-inch gatefold. All this was to no avail, since Figure of Eight peaked at number 42 and 92 in the UK and US charts respectively! 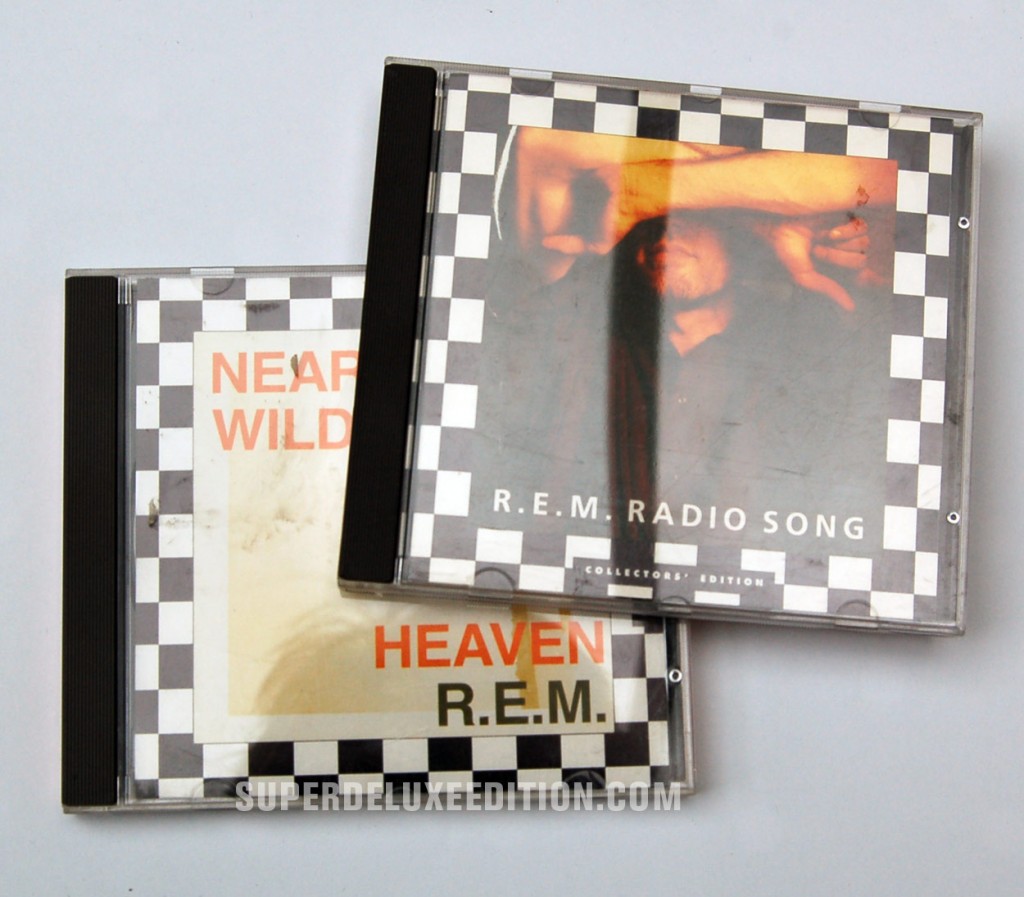 Warner Bros. released all four CD singles from R.E.M.’s Out Of Time album as limited edition collectors’ editions. Each came in an album-style jewel case with a distinctive chequered border. The CDs included three live songs, all complementary to those available on the other formats. Collectively the singles offered fans an album-length live concert.

Look out for part two of our look at The Art of  CD Single Packaging next week..

25 responses to The Art of CD Single Packaging