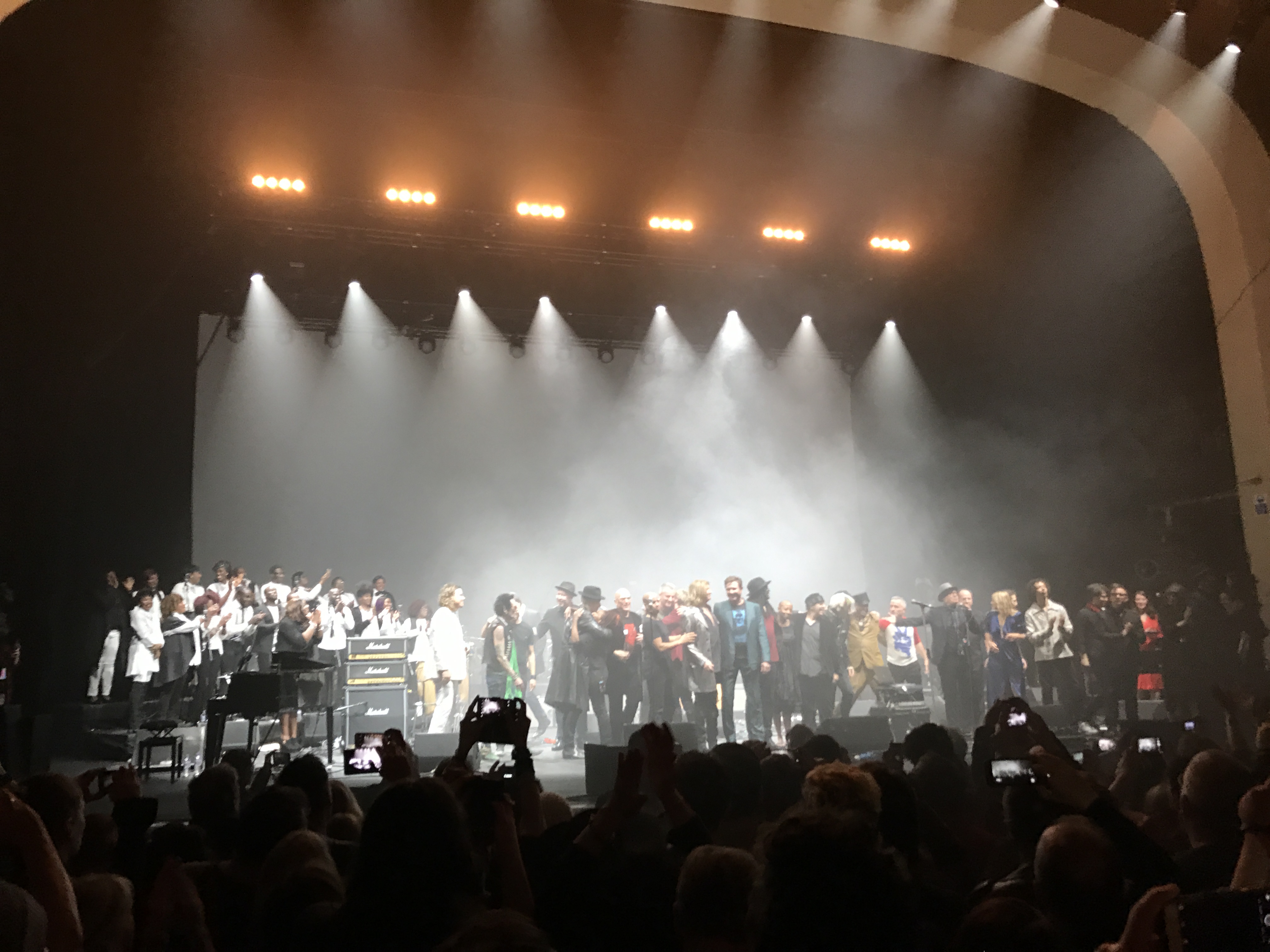 Bandmates and guests vocalist remember the legendary artist in London

Last night saw the Brixton Academy play host to a house band that featured a group of musicians that had one thing in common – at some point in their lives they played regularly with David Bowie.

Amongst them was pianist Mike Garson who first hit the road with Bowie way back on the Ziggy Stardust tour; guitarist Earl Slick who played on the Diamond Dogs tour and contributed to the Young Americans and Station To Station albums, Adrian Belew who toured with Bowie in 1978 and worked on Lodger; Gail Ann Dorsey, a stalwart in Bowie’s band from 1995 onwards and Gerry Leonard who worked on Heathen, Reality and The Next Day and was musical director of the Reality Tour. 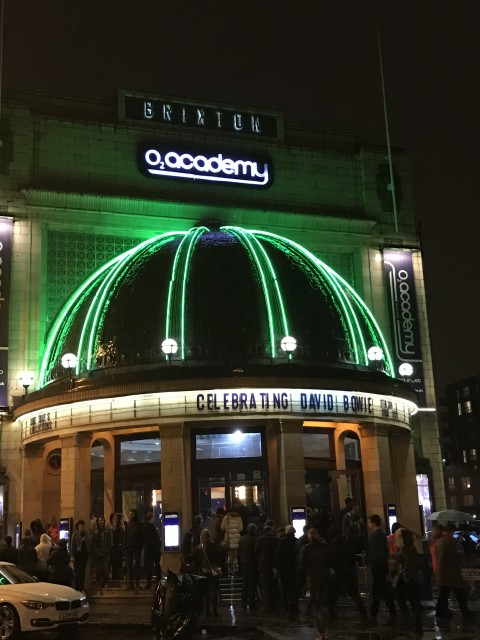 The excitement at this sold-out event was evident by the enormous queue outside the venue that wrapped itself round the block as early as 6.30pm (I’ve never seen anything like it). Ticket holders were clearly keen to get in and get a prime position. Few people knew who the ‘special guests’ would be and it’s not often you go to a gig where you’re really not too sure what to expect (other than the music of David Bowie, of course).

What followed was more or less a Bowie greatest hits set with numerous changes to the makeup of each band (there were three drummers, for example). Often the singer who had just sung lead vocals would step back and help out on backing vocals for the next track. This included a certain Mr Gary Oldman! 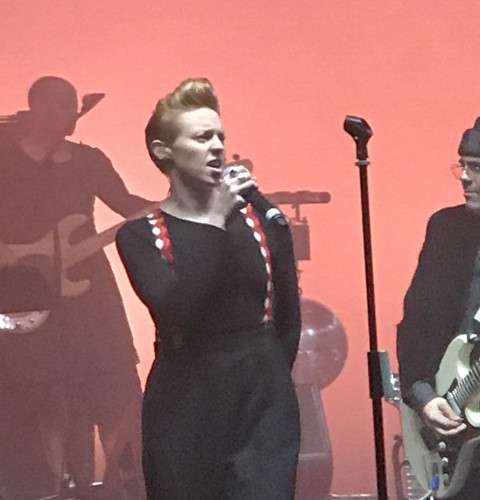 Inevitably, with an event of this nature – three hours of performance, multiple guest vocalists and limited three-day rehearsal – not everything went according to plan. La Roux looked the part, but kept missing her cues for Golden Years and eventually just gave up and boogied her way silently though the second half of the song! Gail Ann Dorsey virtually inaudible and subsequently was drowned out by the backing singers during Young Americans and ‘Stones backing singer Bernard Fowler (who was given loads of songs to sing and who we christened Bernard ‘not him again’ Fowler) was solid enough during the straightforward rock ‘n’ roll of Diamond Dogs but less convincing when taking on Stay and particularly Heroes, which was rather disappointing.

I can’t speak for others, but if I was in any way representative of the core audience (fairly likely) then it often wasn’t really clear exactly who the ‘new’ guest singer was that was coming on to sing the next song. Excuse me for not knowing what Mr Hudson looks like (the only reason I know who he actually is because I bought last Duran Duran album) but some introductions wouldn’t have gone amiss. Ditto Alex Painter, who tackled Fashion and Joe Sumner (yes, Sting’s son). I guess the rule of thumb is that you know they’re not big names when you don’t know who they are…

They did their best, but I don’t think it’s unfair to say that some of these acts were perhaps a bit underprepared and/or a little overawed (both understandable) and the music did sometimes edge towards karaoke, but there were still plenty of highlights delivered from unexpected quarters. Gary Oldman, THE ACTOR, put some of the other singing professionals to shame with a fine Dead Man Walking (he sounds pleasingly like Bowie) and while he may not have been the coolest man in the house, Tony Hadley delivered a brilliant Changes. Gaby Moreno injected some real passion into proceedings with electrifying Five Years and Adrian Belew‘s double-header of DJ and Boys Keep Swinging was undeniably very exciting, sounding as edgy and paranoid as the originals (although his Sound and Vision was off-kilter and the guitar god clearly fluffed an extended acoustic intro to Tom Chaplain‘s Life On Mars). 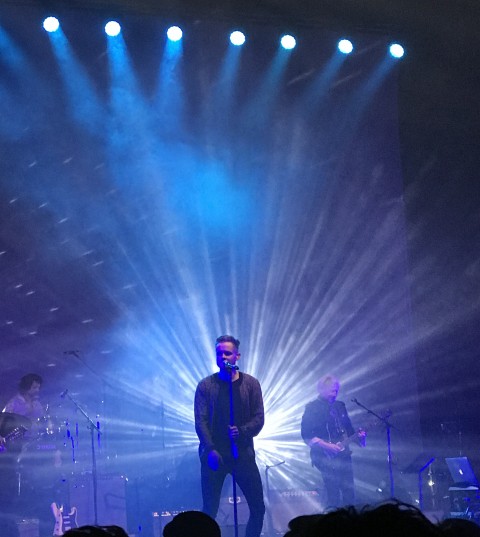 Seeing Mike Garson play *that* Aladdin Sane solo live is a tick off my bucket list and Catherine Russell and Gerry Leonard alone on stage performing a stripped back Loving The Alien was a thrill – a rare dip into Bowie’s post Let’s Dance catalogue during an even where only three songs recorded after 1981 were performed – and sadly nothing from Blackstar. 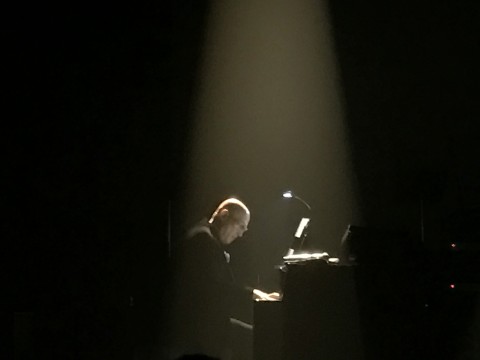 Mike Garson was superb on piano

But the star of the show was an absolutely superb Angelo Moore from US alt-rock band Fishbone. He delivered two brilliant performances (Ashes to Ashes and Moonage Daydream) full of wit, theatre and showmanship. 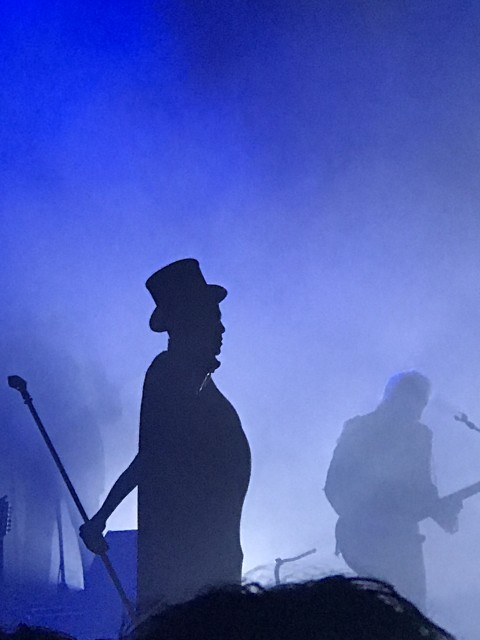 I expected a little more chat, if I’m honest, particularly from Gary Oldman and some of the more ‘veteran’ musicians, but there was a lot to get through and this was an evening where the music was left to do the talking. The general feeling amongst those I talked to was that a few ‘bigger’ names were expected (LA gets Sting, London gets his son) but it was good to see Simon Le Bon make the effort and he delivered a slick Let’s Dance towards the end of the evening (short-lived Duran Duran member Sterling Campbell was playing drums on and off during the evening). 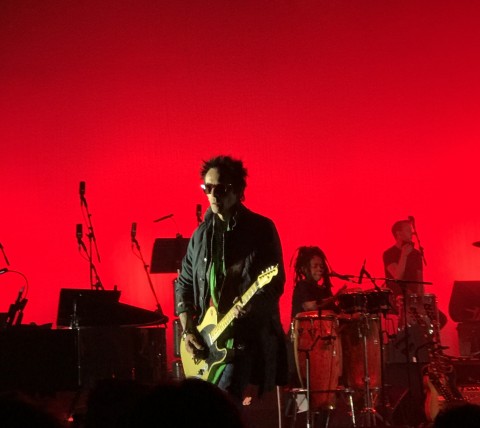 All in all, I was very pleased to be there and it was for a great charitable cause. But if you weren’t lucky enough to get tickets, I can assure you that didn’t miss the gig-of-a-lifetime, despite the quality of the musicians on display. The conclusion reached, as we walked out late in the evening to a wet and cold Brixton was there was and will only ever be one David Bowie and if you are going to step on stage and sing one of his songs you need to bring you ‘a-game’ because few will get close to the master.