2 Tone 7″ Treasures has also been curated by Dammers. It features his favourite singles released on the label between 1979 and 1984 by groups such as The Specials, Madness, and The Beat. 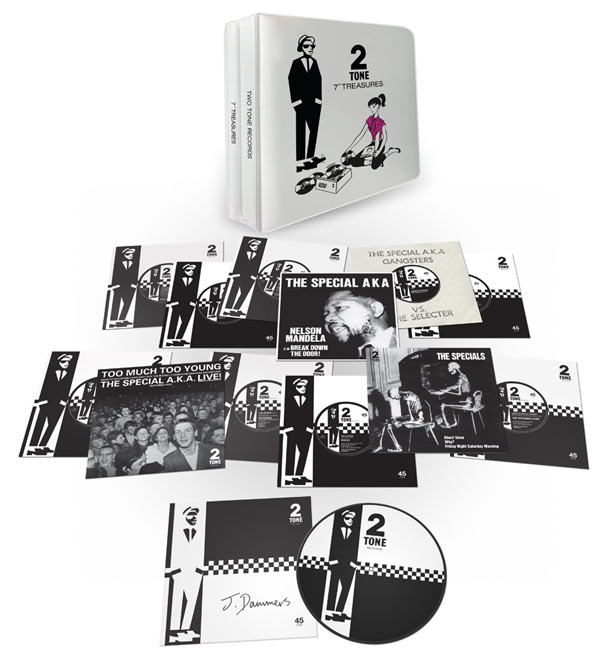 The singles are presented in their original sleeve designs and they come in a special bespoke 1960’s style carry case along with a Two Tone seven-inch slipmat and an art card signed by Jerry Dammers.