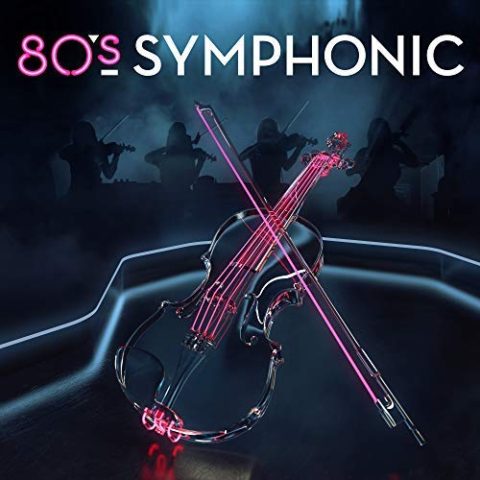 The album features songs like David Bowie‘s ‘Let’s Dance’, a-ha‘s ‘Take On Me’, Simple Minds‘ ‘Alive and Kicking’, Echo & the Bunnymen‘s ‘The Killing Moon’ and many more eighties classics.

Now these are neither re-recordings, nor original vocals with full orchestral arrangements, but rather something in between. Lots of original elements from the multi-tracks of the actual recording combined with new orchestral arrangements. With permission of the artists, the work has been carried by producer and arranger Andy Wright, with orchestrations arranged and conducted by Sam Swallow. The one exception is Nile Rodgers who ‘produced, arranged and conducted’ Let’s Dance.

He says “My work with David Bowie and specifically “Let’s Dance” is sacrosanct to me so when I was asked by David’s family and Warner’s to add orchestration to the original recording I approached it with extreme trepidation. In fact my only concern was to protect David’s artistic vision and integrity. In the end I’m very grateful that we did this, as I believe anyone who loves the original will be excited by it. I’m certain David would approve from above”.

In fact, Nile tweeted about this very recently, although at that time no one quite knew why he was working on an orchestral arrangement of David Bowie’s number one single!

The video above allows you to hear some work in progress, but check out the full ‘symphonic’ version of a-ha’s ‘Take On Me’ below, via Spotify.

What do you think about the a-ha arrangement? For me, the jury is out. The strings are all over the shop and rather ‘fight’ with the vocals ruin some of the enjoyment of the song. It will be interesting to sample some of the other tracks, especially minimalist numbers like Bronski Beat‘s ‘Smalltown Boy’.