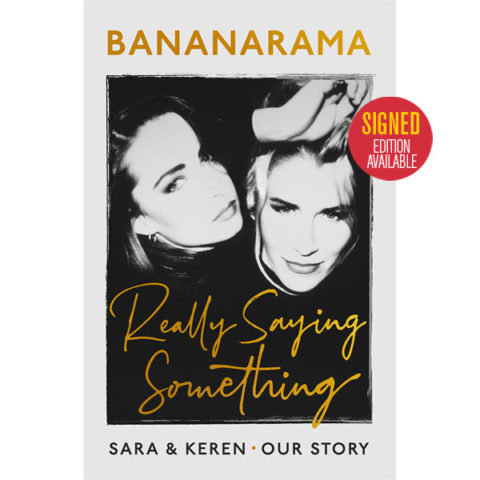 Two-thirds of Bananarama tell the story of the group

Sara Dallin and Keren Woodward tell the story of Bananaramma in Really Saying Something, a new memoir due out in October. A limited number of signed copies are available.

The book tells the story of how the two best friends arrived at the YWCA in London in the early 1980s, with their sights set on careers in journalism and the media. But with a vibrant social scene (!) and a chance meeting with former Sex Pistol Paul Cook, things changed. Working from Malcolm McLaren’s old office, they started rehearsing and singing backing vocals for Paul’s new band, before teaming up with Sara’s college friend Siobhan, and forming their own group.

The rest, as they say, is (pop) history as the girls become one of the most successful female bands of all time.

The publishers say that Really Saying Something is the story of “two friends who continue to pursue their dreams their way – and have a great time doing it.”

The book is being published by Penguin imprint Cornerstone and will be out on 29 October 2020. Signed copies available via Waterstones in the UK.

54 responses to Bananarama / Really Saying Something: New memoir by Sara and Keren