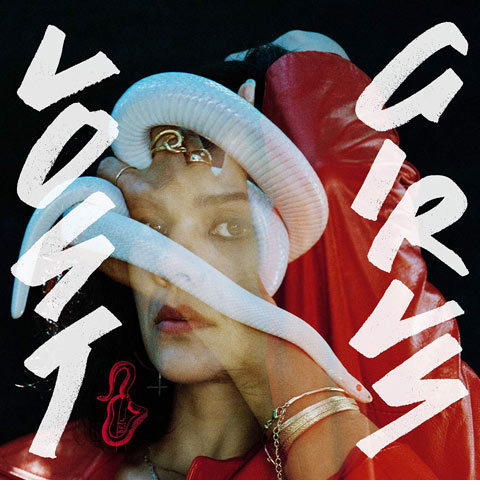 Lost Girls is a ten-track album described as being “full of romance, an homage to Los Angeles, to being a kid in the 80” and we are promised  “heavy bass lines, synth arpeggios, Iranian pop beats, cascading choruses” and some of Natasha’s “finest songwriting to date”.

You can preview the first single ‘Kids in the Dark’, below.

The record is available on CD, black vinyl and as an indie-only ‘Sunrise Edition’ crystal clear vinyl with splatter effect. A box set edition (exclusive to the Bat For Lashes shop) of the latter adds a seven-inch picture disc with an exclusive track (‘Desert Man Piano/Vocal version’) and well as a cassette, poster, postcards and iron-on patch.

If you’re not bothered about the vinyl box, the limited ‘Sunrise Edition’ coloured vinyl can be pre-ordered via the SDE shop. Rough Trade also have a unique Tie Dye Red / Purple Opaque vinyl edition The album is released on 6 September 2019.