Before The Dawn: Kate Bush to perform live in London in 2014 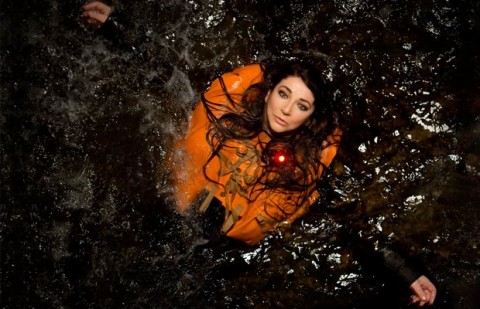 Having surprised the world by releasing two albums in one year back in 2011 (Director’s Cut and 50 Words For Snow) Kate Bush has arguably just topped that this morning by announcing that she will play a series of 15 live dates at London’s Hammersmith Apollo in August and September 2014.

The concerts are being dubbed Before The Dawn. That title and the image (above) released to accompany the announcement, hints at a performance that will include The Ninth Wave (the seven-track suite that formed side two her 1985 masterpiece Hounds Of Love). The narrative of The Ninth Wave involves an individual forced to spend a hallucinatory night in floating in choppy sea waters before the arrival of ‘The Morning Fog’.

Kate has famously not toured for 35 years, so this really is incredible news, with generations who probably thought they’d never get to see Kate play live now afforded that opportunity.

Kate has promised to keep us updated with “further news” via her website, but in the meantime tickets go on sale on at 9.30 am (GMT) on the 28 March 2014 and will be available exclusively from the following agents:

Before The Dawn at London’s Eventim Apollo, Hammersmith

42 responses to Before The Dawn: Kate Bush to perform live in London in 2014