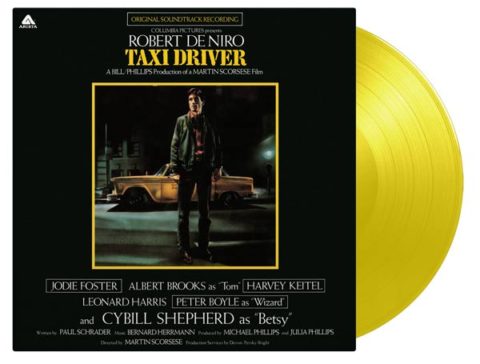 In the film (written by Paul Schrader) Robert De Niro memorably plays Travis Bickle, the frustrated Vietnam veteran, who takes a job as a taxi driver to battle his insomnia.

Taxi Driver would be the composer’s last film soundtrack. The music (comprised primarily of a brass section mixing with a saxophone theme) effortlessly incorporates key elements of dialogue from the film (“all the animals come out at night” etc.)

Taxi Driver is available via Music On Vinyl as a limited edition of 2.500 numbered copies on yellow vinyl, with just 600 allocated for the UK. It will be released on 8 March 2019. You can pre-order via the SDE shop using this link or the button below.