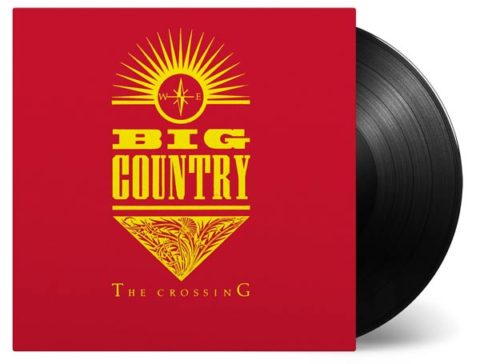 Scottish rock band Big Country’s debut album The Crossing is being reissued as an expanded 2LP set in April.

The new vinyl edition is pressed on two 180g black vinyl records and features four bonus tracks. These are: ‘Angle Park’ (B-side to ‘Fields of Fire’), ‘The Crossing’ (despite its title this did not feature on the album proper but rather on the 12-inch of ‘Chance’), ‘All Of Us’ (B-side to ‘In a Big Country’) and ‘Heart and Soul’ (which was a bonus track on the original cassette tape).

The album’s ten tracks are now spread over three sides of vinyl with the four bonus tracks on side D. This reissue comes with an insert with song lyrics and drawings.

The 2LP expanded vinyl reissue of The Crossing is released on 26 April 2019 via Music On Vinyl. You can pre-order from the SDE shop or the usual other channels.