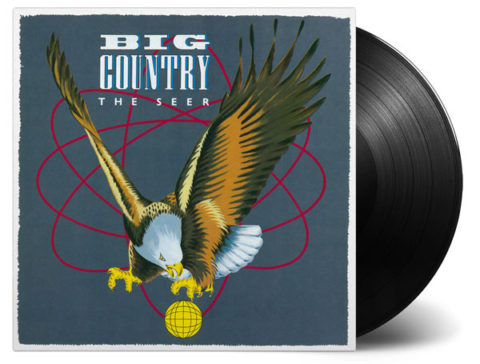 Scottish rock band Big Country’s 1986 album The Seer is being reissued as an expanded 2LP set in July.

The album features the band’s biggest UK hit Look Away and the title track features vocals by a certain Ms Kate Bush .

The new vinyl edition is pressed on two 180g black vinyl records and features four bonus tracks. These are ‘Song Of The South’, ‘Look Away (12” Mix)’, ‘One Great Thing (Disco Mix)’, and ‘Giant’.

The 2LP expanded vinyl reissue of The Seer is released on 26 July 2019 via Music On Vinyl. You can pre-order from the SDE shop or the usual other channels.