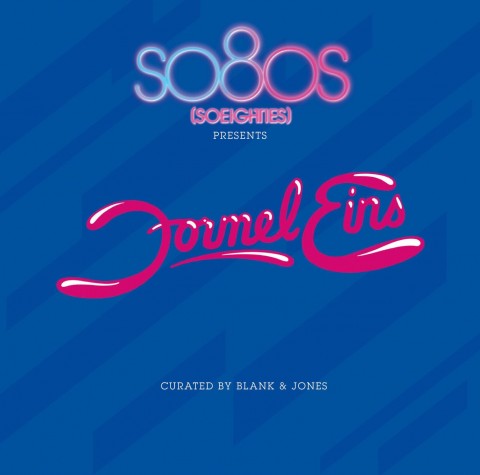 Fans of the SoEighties (So80s) compilations from German DJs and pop music enthusiasts Blank & Jones, may be interested to learn that a new three-CD collection has just been issued called Formel Eins.

Formel Eins [translation: Formula One] was a popular music show – the German version of the UK’s Top Of The Pops – and it ran for seven years between 1983 and 1990. Much like the British pop programme, different presenters came and went and so too did different theme tunes (all of which are included here).

This compilation celebrates 30 years since Formel Eins first aired, and each disc has its own theme. The first CD is a mixed disc of 1980s classics, that would have aired during the show’s lifetime, while the second CD is subtitled Soundtrack & Themes. The reason for a ‘soundtrack’ is because, remarkably, there was a Formula Eins movie! It featured cameos from Limahl, Falco and others pop stars of the day and the clip below will give you a feel for the film. It looks like a rock solid slice of eighties’ cheese.

16 tracks on disc two (unmixed) provide a ‘soundtrack’ to the movie with six original theme tunes from the programme following after, including two tracks from Harold Faltermeyer (who personally handed over the original tapes for this compilation).

The third CD is an unmixed collection of 12-inch remixes, including a couple more variations of the Formel Eins theme. Both Yello tracks in this collection are previously unreleased. Rick Astley and the other SAW tracks are directly transferred from the master tapes.

So all in all, an unusual compilation, which is sure to have natural appeal in Germany, but is perhaps still quirky and interesting enough for fans of ’80s pop in other European countries (and beyond) to want to check it out.

Formel Eins is out now. 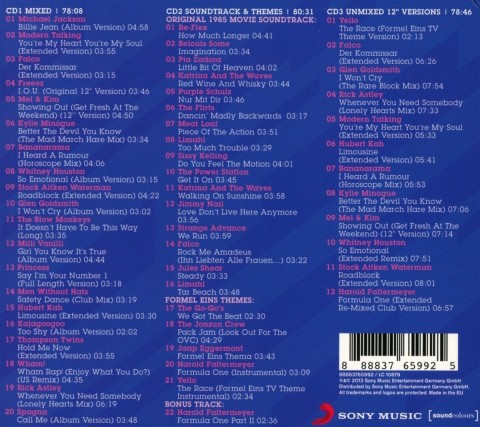