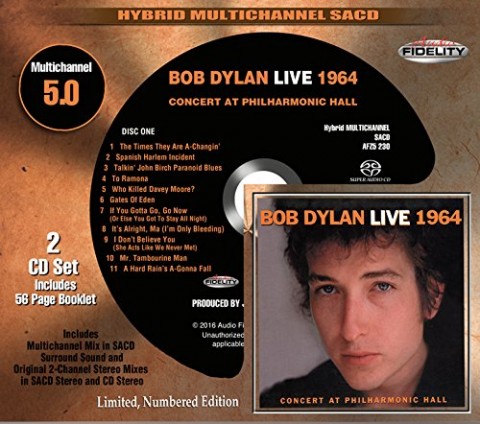 Bob Dylan‘s 1964 concert at New York’s Philharmonic Hall, which was issued by Sony in 2004 as volume six of their Bootleg Series, is to be reissued by US audiophile specialists Audio Fidelity as a double SACD set with a 5.0 surround sound option.

The ‘Halloween’ concert (you can guess the date) has been remastered for this release by Steve Hoffman and Stephen Marsh using the original Columbia Records master tapes. As well as the 5.0 surround mix, there is a 2-track stereo mix ‘layer’ on the hybrid SACDs which are fully compatible with all standard CD players. 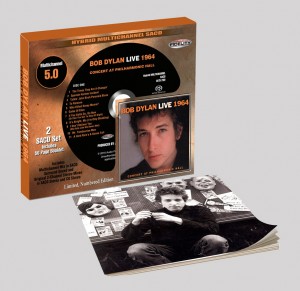 This all acoustic live performance features a 23-year old Dylan with just a guitar and harmonica and features the only known live version of Spanish Harlem Incident and the premiere of Gates of Eden and If You Gotta Go, Go Now.