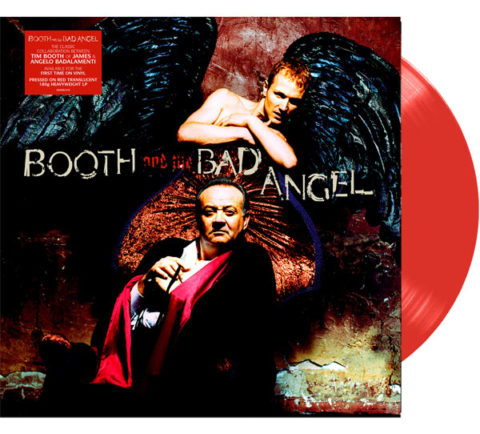 Tim Booth and Angelo Badalamenti‘s collaboration Booth and the Bad Angel is released on vinyl for the first time in May.

In 1996, the James frontman took a break from his day job with his band and worked with the American soundtrack maestro (best known for his collaborations with David Lynch) on this 11-track album. Guitars are provided by Bernard Butler, who had found himself freed from his day job after his acrimonious split from Suede in 1994.

‘Believe’ was issued as a single at the time and a couple of years later ‘Fall In Love With Me’ was also issued. However, there was no follow-up album and Booth And The Bad Angel remains a delightful one-off curiosity.

Not only is this its first vinyl issue, but it is available as a heavyweight translucent red vinyl pressing. Booth and the Bad Angel is released on 10 May 2019, via Demon Records.

28 responses to ‘Booth and the Bad Angel’ coloured vinyl

Leave a Reply to Marc in Arizona Cancel reply