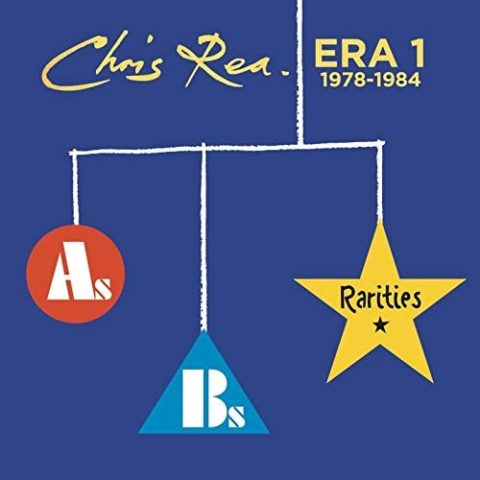 ERA 1 (As, Bs and Rarities 1978-1984) is a new Chris Rea rarities compilation that brings together his early work in a triple-CD package.

The set starts with an edited version of Rea’s first big hit ‘Fool (If You Think It’s Over)’ from his 1978 debut solo album Whatever Happened to Benny Santini? and then works its way through B-sides, foreign language variants and different mixes. 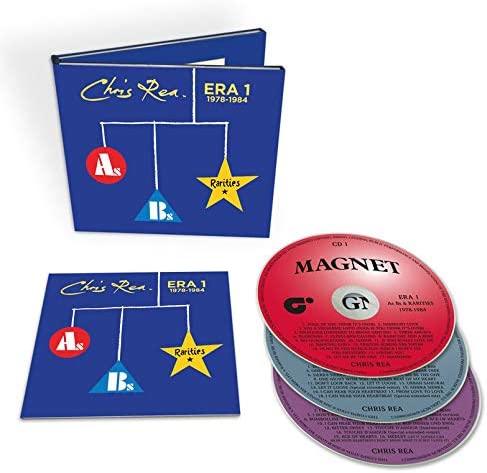 Chris Rea issued six studio album during this period including 1984’s Wired To The Moon from which the artwork for this new compilation is derived.

It’s worth pointing out that CD 2 of this set features last year’s Rhino-exclusive One Fine Day album in its entirety. So if you are kicking yourself for not having acquired that, then this is good news.

1-Fool (If You Think It’s Over)
2-Midnight Love
3-Voy A Volverme Loco (Fool If You Think It’s Over) (Spanish Language Version)
4-Whatever Happened To Benny Santini?
5-Three Angels
6- Diamonds
7-Cleveland Calling
8-Raincoat And A Rose
9-No Qualifications
10-Tennis
11-If You Really Love Me
12-Dancing Girls
13-Friends Across The Water
14-Ya No Te Veo Nunca Mas (Since I Don’t See You Anymore)
(Spanish Language Version)
15-Loving You
16-Let Me Be The One
17- Diamonds (12” version)

1-Do You Still Dream
(Original recording of song. First issued on ‘One Fine Day’ LP in 2019)

2-Loving You
(Original recording of song. First issued on ‘One Fine Day’ LP in 2019)

4-One Sweet And Tender Touch
(Original recording of the song (in 1981). First issued on Que Sera single 1988

10-Every Beat Of My Heart

16-I Can Hear Your Heartbeat

17-From Love To Love

18-I Can Hear Your Heartbeat (special extended mix)