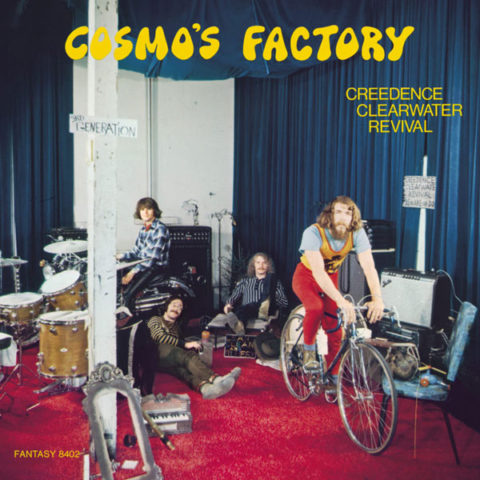 This was the group’s fifth album (in three years) and was originally released on the Fantasy label. It includes the singles ‘Who’ll Stop The Rain,’ ‘Run Though the Jungle,’ ‘Up Around The Bend,’ ‘Looking Out My Back Door’ and their cover of Marvin Gaye‘s ‘I Heard It Through the Grapevine.’

This is a 50th anniversary edition and is presumably the same as the version in the 2018 Studio Albums Collection box set (they were all half-speed mastered too). In that same year (2018) there was an HMV-exclusive yellow vinyl in the UK and a Target-exclusive blue vinyl in the USA, although these weren’t promoted as half-speed remasters.

This new vinyl edition will be released on 14 August 2020 via Concord Music.