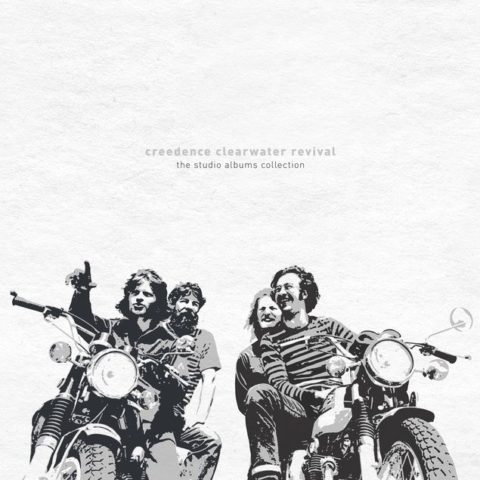 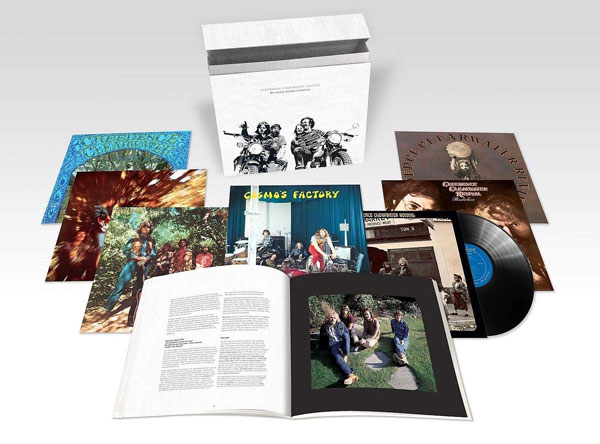 The half-speeds were cut using high-res transfers from the original analog tapes, and this process was carried out by Miles Showell, who is the half-speed specialist at Abbey Road. He said “I’ve tried to be as authentic as I could, and just make it sound like music. Not over-hyped, not over-processed. Up until now a lot of processing has been done on these recordings, so my approach was to strip them right back and just expose them for what they are — because what they are is great music.”

There was a previous vinyl box in 2014 but this wasn’t half-speed mastered, didn’t include a book and is now out-of-print and very expensive to get hold of.

The Studio Albums Collection is released on 30 November 2018.

Albums in the box. The quotations are extracts from the sleeve notes in the book.

“Released in the summer of 1968, Creedence Clearwater Revival begins with the faint sound of gongs, then the rat-a-tat of Doug “Cosmo” Clifford’s snare drum before John’s snarling take on Screamin’ Jay Hawkins’ “I Put a Spell on You,” announcing the arrival of an important new rock ’n’ roll voice.”

“Instead of delving into the underground,” Fogerty told Uncut’s Bud Scoppa, “…my Elvis-and-Beatles upbringing came directly into play. And I was able to write songs that would go on Top 40 radio, because that’s what I had wanted to do since I was four. I wanted to make hit singles.”

“The album became the band’s first chart-topper, lodging at #1 on the Billboard 200 for the entire month of October, in between Blind Faith and Abbey Road, fulfilling their ambition to become the American Beatles.”

“It’s a very powerful anti-war message, but even more so, it’s an anti-class-bias message,” Fogerty told Uncut’s Bud Scoppa in 2006. “When I sing it now, it still has teeth.”

“Cosmo’s Factory represents the apogee of Creedence Clearwater Revival, playing like a greatest hits album despite the fact the songs (and covers) are all appearing on disc for the first time…”

“With Pendulum, the band decided to experiment in the manner of Sgt. Pepper, without any preconceived ideas, which ran against Fogerty’s notions of organization and control…”

“…the now-threesome went into the studio in the spring of 1971 to record a new single, “Sweet Hitch-Hiker,” with the B-side a song written and sung by Stu Cook, “Door to Door,” an amiable rockabilly number. “Sweet Hitch-Hiker” would be the band’s last Top 10 single, reaching #6 on the Billboard Hot 100.