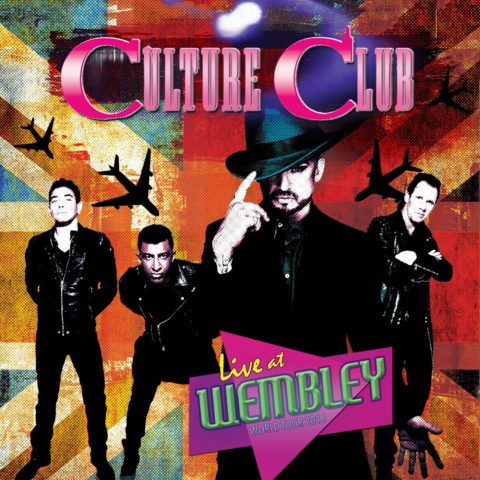 Culture Club Live at Wembley will be issued next month, a three disc set that features their 2016 performance at the famous venue.

The show featured all original members –  George, Roy, Mikey and Jon – and this CD+Blu-ray+DVD set includes all the familiar hits such as Karma Chameleon, It’s A Miracle and Do You Really Want To Hurt Me. The show ends with a performance of T. Rex‘s Get It On.

The video discs are multi-region and they have some bonus special features which consists of interviews with the band members.

Live at Wembley will be issued by Wienerworld in the UK/Europe and Cleopatra in the USA. There will be a 2LP vinyl released as well in February 2018.

SPECIAL FEATURES:
Exclusive interviews with the band members as they discuss their illustrious career and the significance of this iconic live performance