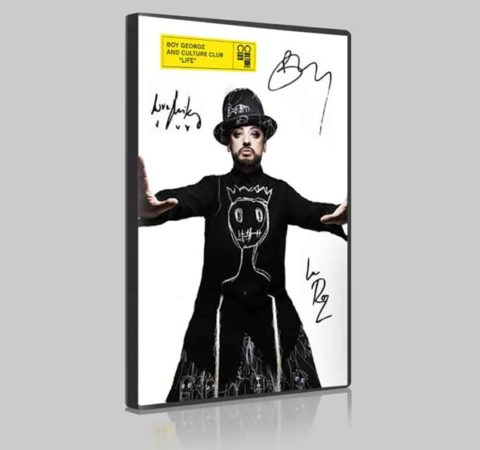 Culture Club‘s new album Life was issued last week, and the band have today made available some signed CDs and vinyl albums for the first time…

Originally, the only signed item amongst the various bundles and exclusives in the Culture Club official store was a test pressing but there has been a volte-face and now you can order a signed deluxe CD (for £12) or a signed black vinyl LP (for £18). If you want both signed items, go for the bundle option. Just 500 of each format are available.

Life is the band’s first album in almost 20 years and features the original line-up of Boy George, Roy Hay, Mikey Craig and Jon Moss, although the very latest news appears to be that Jon Moss is currently not touring with – and not ‘in’ the band. This might account for only three signatures being visible on the pack-shot above!

These signed editions will ship worldwide (except, for some reason, Germany).