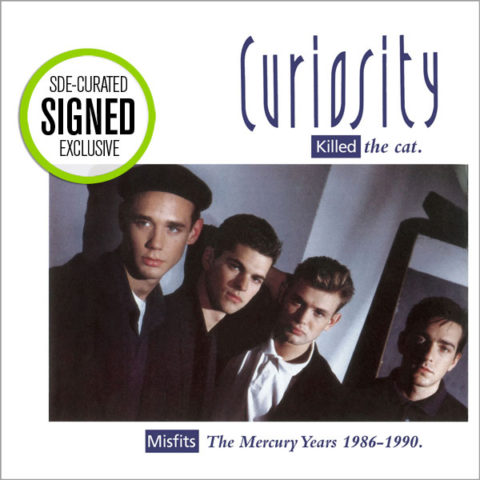 Misfits: The Mercury Years 1986-1990 is a new four-CD box set featuring eighties British pop band Curiosity Killed The Cat. Two and a half years in the making, this set has been compiled by SDE Editor Paul Sinclair and has been put together with the cooperation of the band. It will be released in September.

Curiosity Killed The Cat were fronted by the charismatic Ben Volpeliere-Pierrot and they enjoyed a number one album and a string of hits in the late 1980s, including Down To Earth, Ordinary Day, Name and Number and Misfit. The promo video for the latter was memorably filmed by – and co-starred – Andy Warhol, who took a shine to the band and invited them over to New York in 1986.

This new box set is a comprehensive exploration of the band’s classic era with Mercury Records and includes newly expanded versions of both 1987’s Keep Your Distance and Getahead (from 1989), with two further CDs of rare/unreleased remixes along with unheard songs and demos.

In total, 20 tracks are issued on CD for the very first time and amongst the 12 previously unheard demos are five songs never officially released. To top things off, this set includes two unheard mixes of the band’s biggest hit Down To Earth that were discovered in the archive while putting this set together!

The Mercury Years features newly mastered audio. All the demos were from the original quarter inch tapes, and the audio from the rest of this box set comes from various sources, including more quarter-inch reels, half-inch tapes, Umatics and similar. Most of the tapes were baked and transferred at Abbey Road Studios.

This package includes a 24-page booklet with notes by Record Collector Editor, Paul Lester, featuring a new interview with the band’s Mig Drummond.

You won’t be disappointed with this project, which has been put together with the same care and attention of previous SDE-curated reissues from the last few years such as the Sam Brown The A&M Years 1988-1990 five-disc box, the two-CD deluxe of It’s Immaterial‘s Life’s Hard And Then You Die and Paul Young‘s Tomb of Memories: The CBS Years 1982-1994 (four CD set). 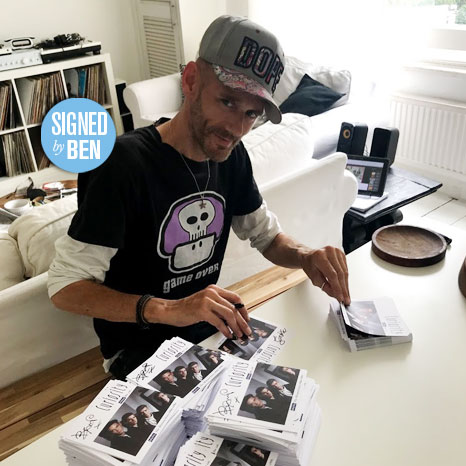 A limited edition (1000 only) of this new box set will come with an art card SIGNED by frontman Ben Volpeliere-Pierrot. These are exclusive to the SDE shop and will not be available anywhere else. Once they are gone, that’s it!!

Curiosity Killed The Cat’s Misfits: The Mercury Years 1986-1990 will be released on 21 September 2018 via Caroline International. Secure your SIGNED edition by pre-ordering via the SDE shop, or even easier, you can simply checkout and buy using the button below!