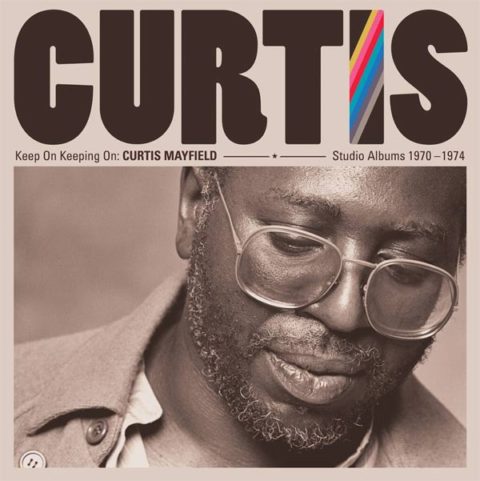 “Curtis Mayfield was my husband and we were a team, so it’s an especially happy occasion to see these songs featured in a new boxed set on what would be Curtis’ 50th anniversary as a solo artist,” says his widow, Altheida Mayfield. “He passed 20 years ago this year and the family has and continues to lovingly support and share his musical legacy with the world.”

“(Don’t Worry) If There’s A Hell Below, We’re All Going To Go”
“The Other Side Of Town”
“The Makings Of You”
“We The People Who Are Darker Than Blue”
“Move On Up”
“Miss Black America”
“Wild And Free”
“Give It Up”

“Back To The World”
“Future Shock”
“Right On For The Darkness”
“Future Song (Love A Good Woman, Love A Good Man)”
“If I Were Only A Child Again”
“Can’t Say Nothin’”
“Keep On Trippin’”