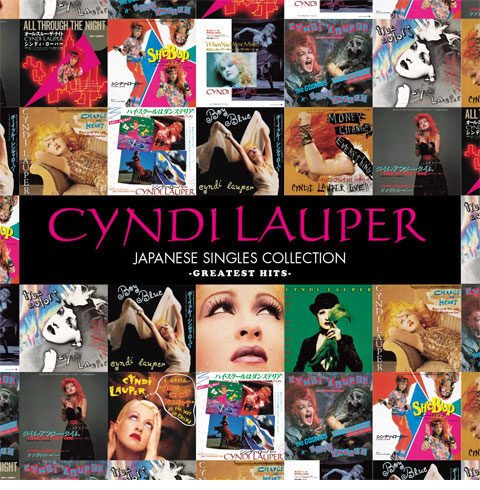 The collection features 19 tracks and 26 accompanying videos, nine of which have been unavailable on DVD anywhere in the world, and the CD chronologically collects all her Sony output from 1983 – 1995.

The package follows a similar collection from earlier this year focusing on Paul Young’s Sony output. It comes with a booklet with pictures of cover artwork of all the singles.

It’s a slightly confusing package as the audio of the remake of ‘Girls Just Wanna Have Fun’ – with the ‘(Hey Now)’ bit attached – features only on the DVD, despite being a sizeable hit when recorded especially for her Twelve Deadly Cyns compilation from 1994, and then there’s also her version of ‘Time After Time’ recorded with Sarah McLachlan from 2004’s The Body Acoustic album and a bonus track ‘Hope’ from 2017 tacked on to the CD. The DVD also goes past 1995, with all the releases up to ‘Hope’ included.

No confirmation as yet, but the DVD should follow similar releases and be an NTSC all-region affair. The CD is actually a Japanese ‘blu-spec CD2’ but this format is compatible with all CD players.

Greatest Hits: Japanese Singles Collection is released on 28 August 2019 (in Japan) but you can order directly from Amazon in the US or UK for delivery around a week later. This is a good time to tell you that Amazon Japan will now be included in all SDE price comparison widgets going forward (assuming the product is listed in Japan).