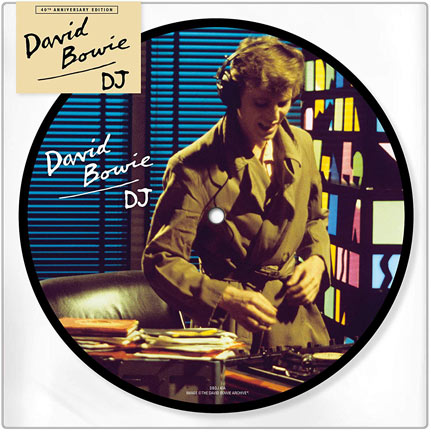 Features previously unreleased audio on both sides of the single

David Bowie‘s 1979 single ‘D.J.’ will be the next 40th anniversary seven-inch vinyl picture disc to be issued, next month.

The song was the second (and final) single in the UK from the Lodger album and was accompanied by a superb David Mallet-directed video, with those memorable scenes of Bowie walking down Earls Court Road in London staying in character as he is accosted by members of the general public!

Both sides of this picture disc are previously unreleased. Side A features a new single edit of the 2017 Tony Visconti mix of ‘D.J.’ while the ‘AA’ side includes a completely different version of the previous single ‘Boys Keep Swinging’ that was performed on The Kenny Everett Video Show

It’s a really interesting take, recorded by Tony Visconti in Soho in London on the 9th April 1979 and features Sean Mayes on keyboards, Tony Visconti on bass, Simon House on violin, Andy Duncan on drums, Brian Robertson (of Thin Lizzy) on guitar and Ricky Hitchcock on guitar. The Kenny Everett Video Show was filmed the very next day and broadcast on the following day and broadcast on 23rd April, 1979.

I’m not going to apologise for repeating the complaint that this kind of rare audio is rather wasted on the picture discs. With no download code included with these singles, one assumes we will have to wait for a deluxe expanded edition of Lodger to get this alternate recording of Boys Keep Swinging on an optical disc or black vinyl. Considering the A New Career In A New Town box set covered that era less than two years ago, that’s surely a long way off. 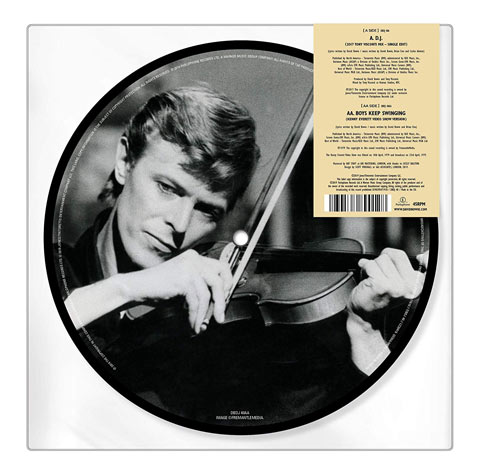