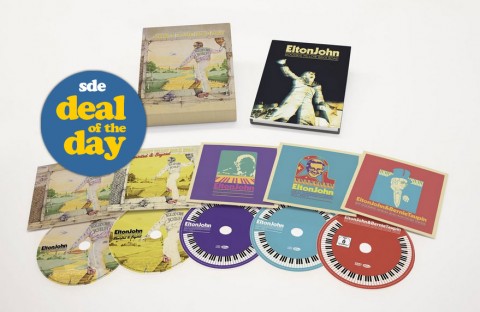 Elton John‘s Goodbye Yellow Brick Road super deluxe edition comes with four CDs, a DVD and a hundred page hardback book. It seemed reasonably good value when announced yesterday at £53 on Amazon UK, but has today dropped to just £30. This price will almost certainly go up in the next few hours, so you have a window of opportunity to grab it. It will be released on 24 March 2014.