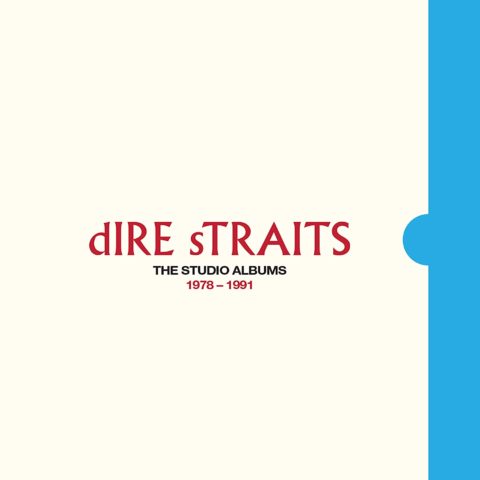 Seven full years after the vinyl edition was released, a CD version of Dire Straits‘ The Studio Albums 1978 – 1991 is finally coming out.

These are housed in vinyl replica card wallets and each album includes a poster with the original sleeve artwork (including lyrics and credits). There is no confirmation about mastering at this point in time (I’ve made enquiries). Update: The mastering on the CD box is confirmed to SDE (by the label) as the 1996 masterings. 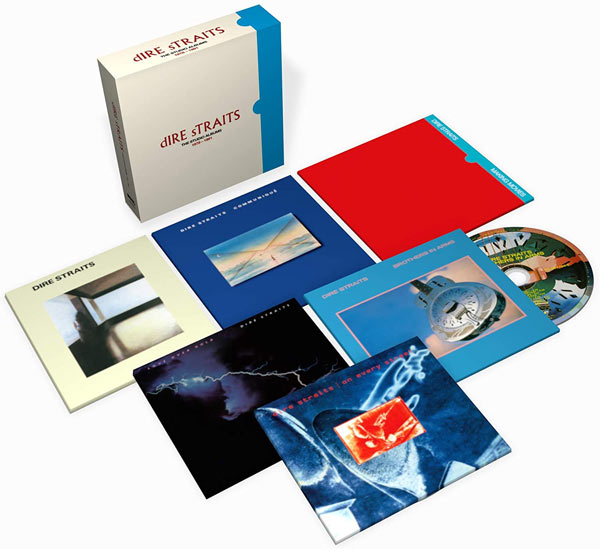 Because it has been so long, the label are actually repressing the long out-of-print vinyl set too. When this first came out, after some SDE enquiries, it was confirmed that Bernie Grundman had mastered the first four titles from analogue masters, with lacquers cut by Grundman and Chris Bellman while Brothers in Arms and On Every Street were mastered by Bob Ludwig from digital masters, and cut by Chris Bellman.

As a reminder, the vinyl box is an 8LP set (Brothers In Arms and On Every Street are doubles). Also, the vinyl version of Brothers In Arms in this box features the full CD running times (the original contained edited versions of many tracks).

Both the six-CD and the 8LP vinyl box are released on 9 October 2020 via UMC/Virgin to coincide with National Album Day. The vinyl edition is available via the SDE shop using this link or the button below. For the much cheaper CD version, see the widget.

CD 2 / LP 2 – Communiqué
Once Upon A Time In The West
News
Where Do You Think You’re Going?
Communiqué
Lady Writer
Angel Of Mercy
Portobello Belle
Single-Handed Sailor
Follow Me Home