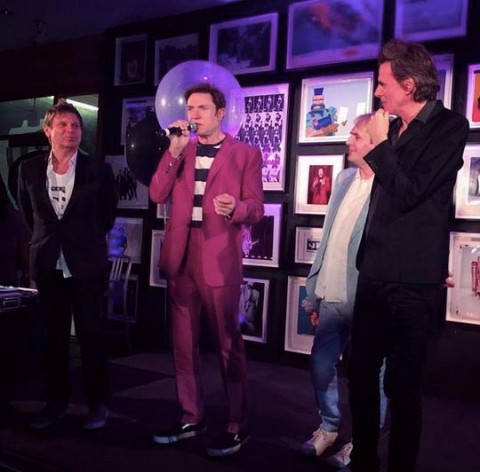 Duran Duran are expected to release their fourteenth studio album in September 2015.

The album does not have a title at present, but we do know that Mark Ronson has returned, following a largely successful collaboration on All You Need Is Now, and another former Duran producer, Nile Rodgers, has also been involved.

The first single is thought to be a song called Pressure Off which features vocals from Janelle Monáe. It was this track that the band previewed yesterday at Warner Brothers Records, with whom they have reached a deal to release the new album.

Interestingly, this will be the first time since the mid-nineties that a major record label has owned the rights to a new Duran Duran album as well as the classic back catalogue. This is because Warner’s acquired the Parlophone label when Universal bought EMI. In theory, if the label release any physical singles or online ‘bundles’ they can leverage the back catalogue any way they see fit to promote new work.

Assuming schedules are kept to, we will now see new music from Duran Duran and A-ha in the same month.