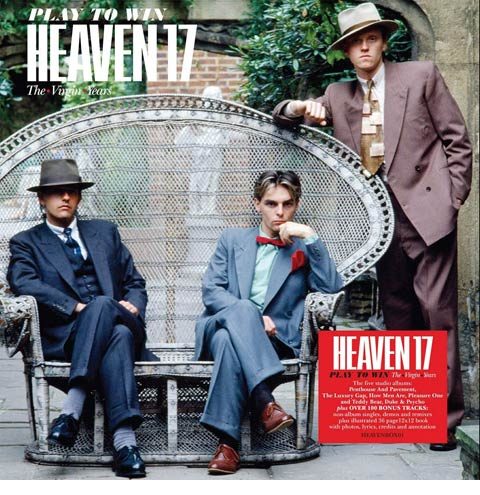 Edsel have promised to correct a few audio errors on the Heaven 17 Play To Win CD box set after fans highlighted instances where incorrect mixes or versions of tracks were used.
The errors on the ten CD set are as follows:

CD7: Special Fortified Dance Mixes To Enhance Danceability #1
Track 5. Let Me Go (12″ Version) – The “Endless” version has been used which includes extra acapella vocals at the beginning. (The original 12″ version appears on the 2006 remastered and expanded download of “The Luxury Gap”).

CD9: Special Fortified Dance Mixes To Enhance Danceability #3
Track 5. We Live So Fast (Extended Version) – The “Endless” version has been used which begins with a drum beat from the preceding Megamix and then the beat gradually speeds up to reach the speed of the main track. (The original Extended version starts at the correct speed).”

In a statement the label said:

“We’ve been made aware of errors on the Heaven 17 ‘Play To Win’ CD box set. These errors affect discs 3, 4, 7, 8 and 9 where mixes supplied have been incorrectly labelled. Apologies for the errors, but we will be replacing these 5 discs.

Please contact info@demonmusicgroup.co.uk with your proof of purchase, and delivery address and we will replace these 5 discs. The time frame for replacing the discs will be around 4-6 weeks. You will be notified via email once the replacement discs have been sent.”