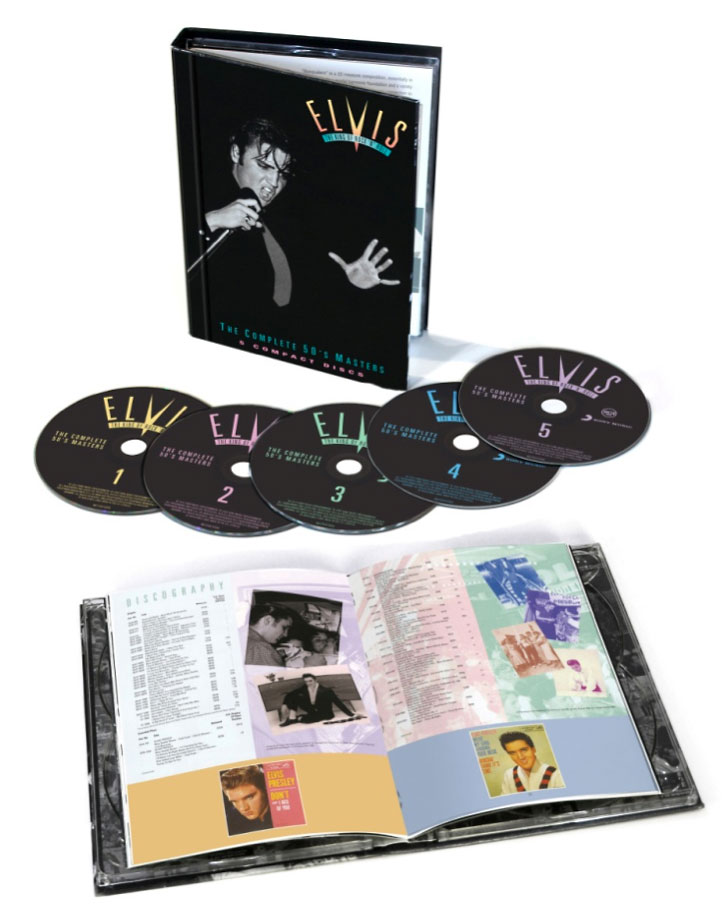 Sony are to reissue and repackage a number of box sets in October at new budget price points. Elvis Presley, Stevie Ray Vaughan and Rod Stewart are among the artists whose titles are being re-released in the so-called ‘booksets’ which are DVD sized, contain a minimum of four discs, and come with extensive booklet notes. Each of these sets will be retailing at under £20.

This five CD set (originally from 1992) collects together 126 Elvis tracks (and one interview) from the 1950s – effectively his entire output before going to join the army in 1958. It comes with a 48-page booklet.

This 3CD + DVD anthology was originally released back in 2000 and features Stevie Ray Vaughan’s music from 1977-1990, including many previously unreleased live recordings, alternates and outtakes. It comes with a DVD which contains six previously unissued songs from the 1989 Austin City Limits show. All in all, 54 tracks, with 36 unissued when originally released.

The first four volumes (a fifth has since been issued) of Stewart’s Songbook releases, collected in one set. It Had To Be You, As Time Goes By, Stardust, and Thanks For The Memory are the titles in question, and together they bring 55 tracks of crooning from the singer, who once used to write songs..