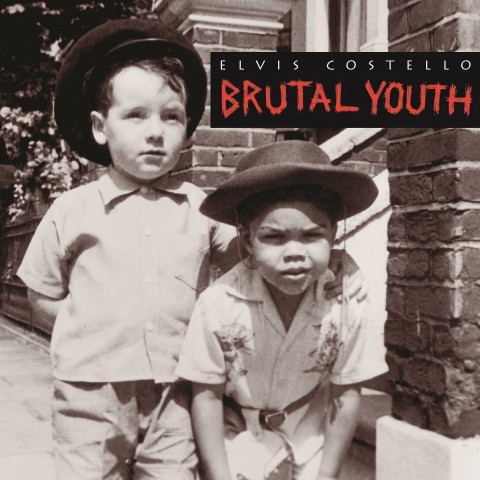 The 1990s was a decade that saw Elvis Costello produce some great music as a result of collaborations. His desire move beyond releasing straight rock/pop albums led to some fruitful partnerships including the G.B.H. soundtrack with Richard Harvey, the underrated Juliet Letters album with The Brodsky Quartet, and the sublime Painted From Memory with Burt Bacharach. The even learned to read music along the way.

Ironically, despite all this, the nineties highpoint for many is his 1994 album Brutal Youth, which saw Costello reunite which his former cohorts, The Attractions for the first time in eight years.

Even though bassist Bruce Thomas didn’t survive the experience (Nick Lowe stepped in to play on most of the record) Brutal Youth was a fine return to form, after the somewhat impenetrable Mighty Like A Rose from 1991. The touching ballads (Too Soon To Know, Favourite Hour) complemented the spikier tracks (Kinder Murder, 20% Amnesia, Sulky Girl) perfectly, but best of all was the simplicity and consistency of the sound and Mitchell Froom’s production. The lofty musical ambitions of his previous few solo records were thrown out the window and this was Costello and the Attractions doing what they do best, with the ever-brilliant Steve Nieve really shining.

It did get a 2002 two-CD reissue, but amazingly, Brutal Youth has never been available on vinyl. All that is about to change, as Music On Vinyl prepare to release the album as a 180g 2xLP set on 19 August, complete with gatefold sleeve. This is the standard 15-track album with no bonus material.