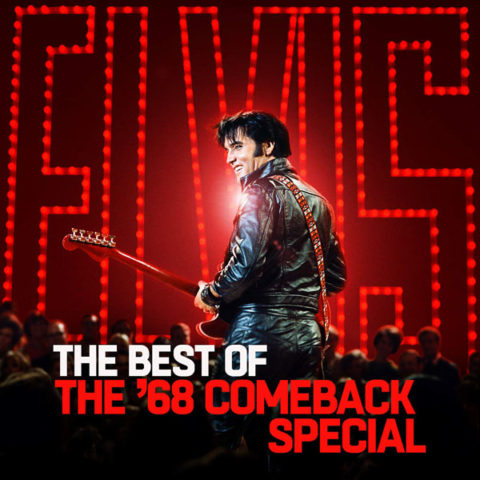 Perhaps confusingly, this release ties in with a new ‘special’ to celebrate the old ‘special’! The upcoming NBC TV special will run for two hours and is going to be called ‘Elvis All-Star Tribute’. It will recreate the iconic night with musical performances, a showcase of rare footage and interviews with Pricilla Presley and Steve Binder, the director of the original special, plus a special appearance from Lisa Marie Presley.

The Best of the ’68 Comeback Special CD features ‘the best’ of the Elvis recordings from the original broadcast – in total 15 performances from the ‘stand-up’ and ‘sit-down’ shows filmed in ’68 – but sneakily it also includes a new version of If I Can Dream, which features featuring Elvis’ original vocals alongside new performances by Carrie Underwood, Shawn Mendes, Post Malone, Darius Rucker and Blake Shelton. Three original studio recordings (not part of the ’68 Comeback Special, of course) are also included to represent songs that appear in the new 2019 NBC special.

The ’68 Comeback Special was reissued last year as a 5CD/2 Blu-ray box set. This new single CD best of is released on 15 February 2019.

The Best of The '68 Comeback Special - CD