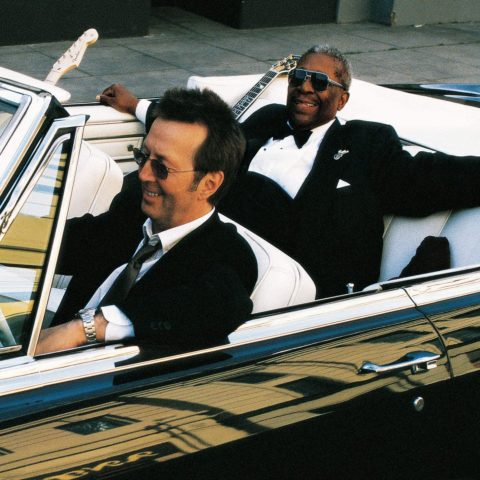 Eric Clapton & B.B. King‘s album from 2000, Riding With The King, will be reissued next month to mark its 20th anniversary.

The 12-track album of all-new studio recordings of blues classics and contemporary songs. has been remastered from the original tapes (by Bob Ludwig) and is expanded, featuring two unreleased bonus tracks (recorded during the original sessions). Original co-producer Simon Climie rose to the occasion and produced and mixed these two additional numbers especially for this reissue.

The new 14-track version is presented on 2LP black vinyl and CD, although a limited blue vinyl edition is also available (we are stocking at the SDE shop).

riding with the king - 2LP vinyl

Riding with the king - CD edition