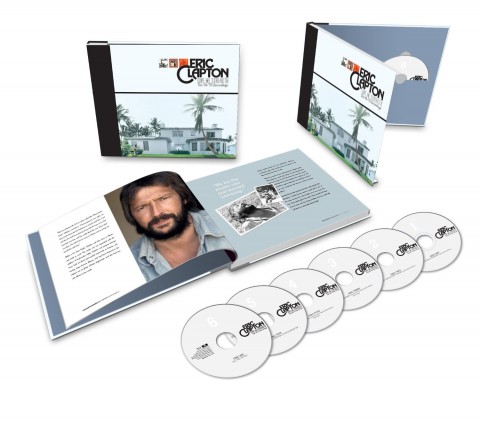 5CDs and one Blu-ray Audio disc (click to enlarge)

First picture of how the Eric Clapton Give Me Strength The ’74-’74 Recordings deluxe set will look.

As a reminder, this is a 5CD+Blu-ray Audio collection that celebrates the period between April 1974 and June 1975 when Clapton produced the studio albums 461 Ocean Boulevard and There’s One In Every Crowd, as well as the live double set E.C. Was Here.

It’s out on 25 November 2013. Full track listings and details here.